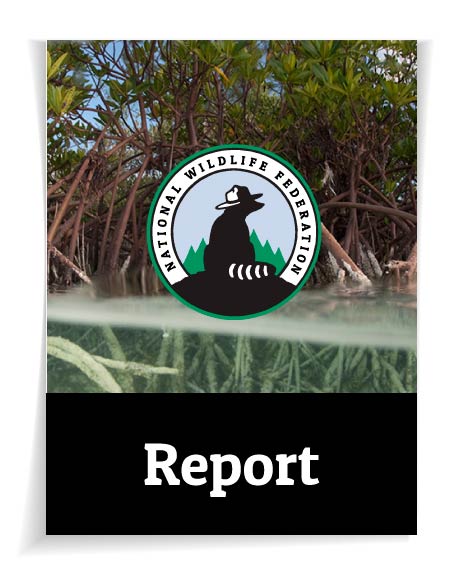 The Great Lakes are a phenomenal natural resource that contain 20 percent of all surface freshwater on the planet and comprise the world’s largest freshwater ecosystem. Unfortunately, these magnificent lakes are under siege from over 180 invasive species — nonnative fish, mollusks, crustaceans and plants that entered via artificial canals, ocean freighters, release from aquaria, or other intentional or unintentional releases. Asian carp are the latest threat and could be the worst invaders yet if the species establish breeding populations in the lakes.

Bighead and Silver Carp are voracious filter feeders, fast-growing, and highly productive. They consume massive amounts of plankton, a food source that is crucial for a number of native species, and therefore have the potential to radically change the way ecosystems work. In parts of the Mississippi and Illinois Rivers, Asian carp represent up to 95% of the biomass. With no natural predators, they can never be fully removed from the ecosystem once they are established. Bighead carp can reach up to 100 pounds and consume between 5% and 15% of their body weight per day. Silver carp can reach 20 lbs, and their tendency to leap out of the water when startled makes them a hazard to boaters. If Asian carp establish themselves in the sensitive tributaries and water bodies that serve as the breeding grounds for the Great Lakes fishery, the annual $7 billion dollar Great Lakes recreational and commercial fishery will be at severe risk.

How did Asian carp get here, and where they are now?

Native to eastern Asia, Asian carp were imported into the U.S. in the 1960s and 1970s and used extensively in the South for aquaculture operations, as well as in some research applications. Subsequent flooding allowed them to escape and establish reproducing populations in the wild by the early 1980s. At present, bighead carp have been found in the open waters of 23 states and silver carp in 17 states. Both are well established in the Mississippi River Basin and are swiftly migrating in the direction of the Great Lakes. In June of 2010, a bighead carp was caught in Lake Calumet, just six miles from Lake Michigan.

Open doorway to the Great Lakes

Asian carp can enter the Great Lakes in several ways:

Possibility of establishing in the Great Lakes

Given the present distribution of established and introduced populations around the world, bighead and silver carp could become established in much of the continental United States. Silver carp can tolerate long winters under ice cover as well as temperatures higher than 40°C (104°F). Bighead carp can survive in water temperatures as high as 38.8°C (102°F), and no lower lethal limit has ever been documented. The high temperatures in the Great Lakes range from 15°C to 25°C (59°F to 77°F), and the lows are at or near freezing. In Asia, silver carp are native from 54°N southward to 21°N, and the native range of bighead carp has been reported to be 47°N southward to 24°N. The Great Lakes fall within these latitudes.

In their native ranges in Asia, and current range in the Mississippi River basin, bighead and silver carp occur in rivers, lakes, and reservoirs. Currents bring carp larvae to slow-flowing backwaters, creeks, reservoirs, or other flooded areas where the fish grow to maturity. Asian carp typically require rivers with 100 km or more of undammed flowing water for successful reproduction, although it now appears they can spawn in a great variety of places. Using statistical modeling, Kolar and Lodge (2002) identified 22 rivers flowing into Lakes Erie, Huron, Michigan, and Superior from the U.S. which could potentially serve as spawning sites for Asian carp. Among these are the Maumee, Saginaw, Grand and Nemadji Rivers. Although the traditional understanding was that Asian carp require long rivers for spawning, spawning has been documented in stagnant backwater areas. As with other invasive species, it is possible that Asian carp could gradually adapt spawning behavior to available habitat in the basin. The USGS estimated the probability of Asian carp successfully colonizing and maintaining a population in the Great Lakes Basin as very certain.

Cooke and Hill (2010) conclude that while it is unlikely that Asian carp would become established in the open waters of the Great Lakes due to lack of sufficient plankton (small, free floating plants and animals), they are more likely to become established in the smaller waterways, shallow bays, wetlands, streams, and rivers that either flow into the Great Lakes or hug the coastline. These areas offer ideal spawning conditions and abundant food to sustain large carp populations, and are also key habitat for a significant number of native species, such as walleye, lake trout and perch.

Not only do Asian carp pose a significant risk to outcompete Great Lakes fishes for food, they also represent a safety issue for recreational boaters. Based on their native range as well as their spawning, diet and habitat requirements, it appears Asian carp could establish a sustainable population in many tributaries, bays, and other water bodies feeding into the Great Lakes.

The only permanent and sustainable solution to this problem is separation of the Great Lakes and the Mississippi River basins. We need a new vision for the waterways around Chicago, one that allows for the flow of goods and services that helped create a great American city, yet one that also protects one of North America’s greatest natural treasures – the Great Lakes. The Asian carp crisis will only end when their watery path is cut off.

Asian carp are survivors that compete for walleye, lake trout, and perch habitat.