At a time when millions of Americans stood in soup lines and politicians focused on reviving economically depressed communities, the idea of restoring depleted populations of ducks and other wild animals seemed far-fetched, to say the least. But that is exactly what Pulitzer Prize-winning political cartoonist J.N. “Ding” Darling set out to do in 1936 when he arranged a meeting in Washington, D.C., to discuss the plight of the nation’s wildlife.

At the meeting, Darling urged conservationists from all across the country and different walks of life to unite into a block that could influence lawmakers. From that meeting, a new organization emerged as a voice for protecting the country’s wild heritage: the National Wildlife Federation. 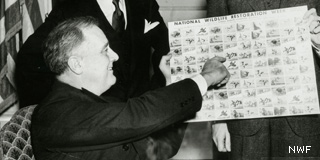 To understand the National Wildlife Federation’s beginning, it's important to first take a look back at the roots of conservation in the United States. American wildlife conservation is grounded in the belief that wildlife belongs to the people—a concept commonly known as the Public Trust Doctrine or the North American Model of Wildlife Conservation.

The Public Trust Doctrine was formally established during an 1872 Supreme Court case, Martin v. Wadell. A private landowner, Martin claimed to own both the land alongside and underneath New Jersey’s Raritan River, tracing his title to a grant from King Charles to the Duke of York in 1664, which purported to convey, "all the lands, islands, soils, rivers, harbors, mines, minerals, quarries, woods, marshes, waters, lakes, fishings, hawkings, and fowlings." Martin claimed that an oystermen, Wadell, owed him for the taking of oysters. In his ruling, Chief Justice Robert Taney stated, "[w]hen the people of New Jersey took possession of the reins of government, and took into their own hands the powers of sovereignty, the prerogatives and regalities which before belonged to either the crown or the parliament, became immediately and rightly vested in the state."

Wildlife now belonged to the people, but conservation was not yet part of America’s fabric. In the late 19th century—on the heels of the Industrial Revolution—market killing of the buffalo, waterfowl, and other wild game species began decimating America’s wildlife to support the growing work force and urban appetites. In response, dedicated hunters and anglers from New York to Montana pushed for the nation’s first game laws, restricting the numbers and methods of take for wildlife. With laws established to sustain healthy wildlife populations, conservation-minded leaders emerged to challenge the values by which Americans perceived wildlife.

After the assassination of President McKinley in 1901, the great hunter and outdoorsman Theodore Roosevelt moved into to the White House and the bully pulpit. Roosevelt’s conservation ethic was formed through the eyes of the hunter during trips west to South Dakota and Montana. Before he ended his term as president in 1909, he endowed the United States with 230 million acres of protected landscapes for the conservation of wildlife—approximately 84,000 acres for every day he was in office. With Americans and legislators beginning to embrace the concepts of conservation as a core, fundamental value, the first national wildlife refuge, national forests, national monuments, and game preserves were created.

Theodore Roosevelt inspired a nation to conservation during his presidency at the turn of the century, but it didn't take long for his ideals to slip. By the 1930s, ill-advised farming practices encouraged by the federal government led to the Dust Bowl. The lid had come off of the prairie and Iowa cartoonist Ding Darling began the vision for what would become the National Wildlife Federation.

In the early 1900s, there was no nationwide constituency to support conservation. Many people cared about wildlife conservation, but nobody was organized in any fashion to advocate for or influence policy decisions. In the words of Darling, "Wildlife doesn't vote and neither do conservationists."

Darling proclaimed, "It is hard to start a fire with one stick of wood!" He valued the importance of multiple stakeholder participation and accepting the attitudes, values, and beliefs of many groups. Darling dreamed of a federation promoting conservation interests, encouraging social diversity, and demanding action from Congress. His dream became reality in 1936 when he convinced President Franklin Roosevelt to convene more than 2,000 conservationists—including farmers, hunters, anglers, garden club members, and other outdoor enthusiasts—from across the country to the first North American Wildlife Conference at the Mayflower Hotel in Washington, D.C. There the General Wildlife Federation (changed two years later to the National Wildlife Federation) was formed with the idea of uniting sportsmen and all outdoor and wildlife enthusiasts behind the common goal of conservation, and Ding Darling became the first president of the organization. Darling’s vision to unite the voices of conservationists continued as National Wildlife Federation was responsible for passing many laws and policies at the national level.

This first conference was such a success that energized and motivated participants returned home to organize federations in each of their states. These affiliates became the backbone of National Wildlife Federation and today work closely alongside us, providing governance for the organization and the vision and grassroots needed to achieve our joint conservation goals.

Now one of our most defining traditions, each year affiliates and staff from all corners of the country come together for the National Wildlife Federation's Annual Meeting. This gathering is a time of collaboration and unity, during which affiliates and staff collectively decide on the policy resolutions that will guide our ongoing conservation work. To view an archive of these approved policy resolutions, visit the National Wildlife Federation's Affiliate Partnership Center. 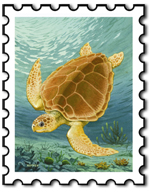 Ding Darling saw the impacts from the Dust Bowl firsthand as an avid waterfowl hunter, and he began letting people know about it. His cartoons and conservation ethic caught the attention of President Franklin D. Roosevelt, who appointed him the head of the U.S. Biological Survey in 1934 (the forerunner to the U.S. Fish & Wildlife Service). Aldo Leopold had just published his classic text, Game Management, and Darling was instrumental in making the service a professional agency implementing the practice of scientific management of fish and wildlife.

Darling was asked to lead the development and creation of the artwork for the agency’s new Federal Duck Stamp. This stamp, originally the federal license required for hunting migratory waterfowl, was an early example of hunters and non-hunters united as conservationists by an artist’s work. 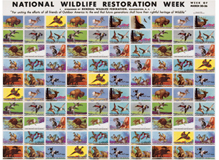 Since Darling illustrated the first duck stamp, the program has generated more than $750 million to purchase and lease over 5.3 million acres of wetland habitats in the United States. Most of these lands are now protected in the U.S. Fish & Wildlife Service's National Wildlife Refuge System. The Federal Duck Stamp is still the primary source of revenue for waterfowl management and purchased by all waterfowl hunters to this day.

Darling resigned from his post with the Biological Survey in November 1935, wanting to devote his time to the 1936 meeting that ultimately established the National Wildlife Federation. But he wasn't done with stamps. Enthusiasm for Darling’s vision of a united federation for wildlife quickly encountered a need for funding. One suggestion urged the federation to create stamps depicting wildlife. Darling jumped at the idea and created 16 images for the first sheet of conservation stamps in 1938. The program got off to a rocky start, but became one of the National Wildlife Federation’s signature products. By the time the final sheet was issued in 1987, more than a thousand species had been represented and millions of dollars raised for wildlife.

Wildlife artwork was the tool with which the National Wildlife Federation built bridges between wild animals and the people interested in protecting them. It began with stamps, but prints, magazines, books, and other products incorporating wildlife imagery eventually followed. In 1959, the National Wildlife Federation’s friendly cartoon character Ranger Rick was born from the creative imagination of executive J.A. “Ash” Brownridge, inspiring a long line children’s products and experiences that continue to spark an interest and passion for nature.

Today the National Wildlife Federation recognizes conservation heroes, including Ding Darling, in the Conservation Hall of Fame. Because of the groundbreaking efforts made by Darling and others in 1936, the National Wildlife Federation continues to unite Americans with the common purpose of protecting wildlife for our children’s future, and continues to be the nation’s leading advocate for wildlife and wild places.

Take a look at a few of the famous faces that have helped move conservation forward since the National Wildlife Federation's founding. 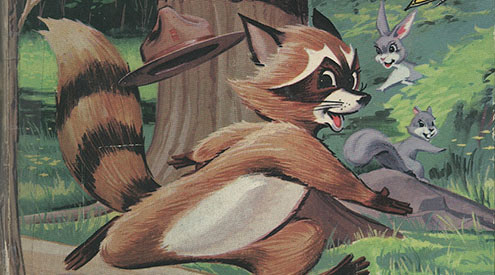 Find out how our friendly raccoon character got his start. 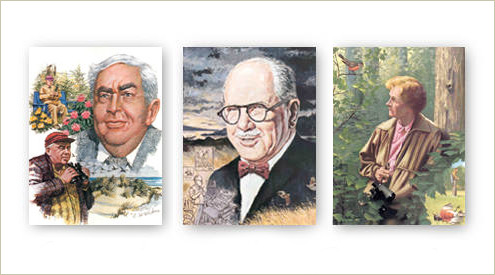 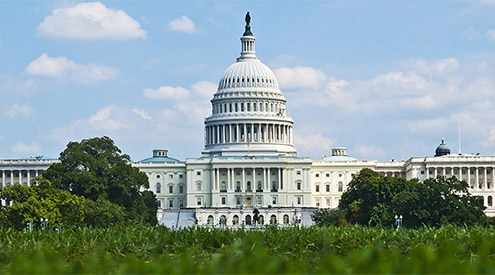 Learn about laws the Federation and its affiliates helped secure.