Red River of the North

The Red River of the North (Red River), in part, forms the boundary between North Dakota and Minnesota. The river flows north through the Red River Valley and empties into Lake Winnipeg in Manitoba, Canada. It is approximately 550 miles (885 kilometers) long, which is nearly double the straight-line distance, and only falls 230 feet (370 kilometers) along its entire route—a slow-moving river that gently meanders along silty bottomlands.

In years with exceptionally heavy snows or spring rains, the Red River swells and catastrophic floods result. To make matters worse, because the river flows north, snowmelt farther south is dammed by river ice and deposited on top of already saturated and frozen ground. Flooding is further exacerbated due to a combination of a changing climate and the drainage of thousands of prairie wetlands. These wetlands, which once soaked up thousands of acre-feet of water, have been ditched for agricultural production. More than 85 percent of the wetlands in the Minnesota portion of the Basin have been drained, including 28,000 miles of ditches, and significant wetland destruction has also occurred in North Dakota.

Fargo, North Dakota, and Moorhead, Minnesota, have always been threatened by flooding from the Red River. In recent decades, however, floods have become more frequent and more severe. In the spring of 1997, a major flood caused $3.5 billion in damage and required temporary evacuation of towns and cities on both sides of the border. In the spring of 2009, the river reached its highest level in recorded history and crested at 40.82 feet (12.44 meters). The communities of Fargo and Moorhead now spend more than $195 million annually for flood damage.

The University of North Dakota Energy and Environmental Research Center (EERC) has been studying a solution called the Waffle® concept for years. Under the plan, existing roads serve as levees to store water in farmers’ fields during large floods. One square mile, one foot deep, would store more than 200 million gallons of water. The EERC estimates the system could be implemented throughout the Red River Basin for only $160 million, and it would also provide sustaining economic benefits to participating landowners. A combination of wetland restoration and use of the Waffle® concept would not only address the flooding issue while recharging the aquifer and improving water quality, but also provide fish and wildlife habitat while increasing recreational opportunities. 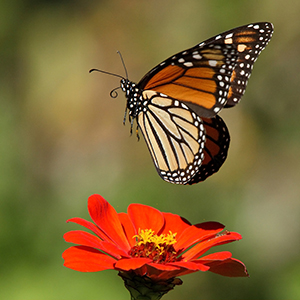