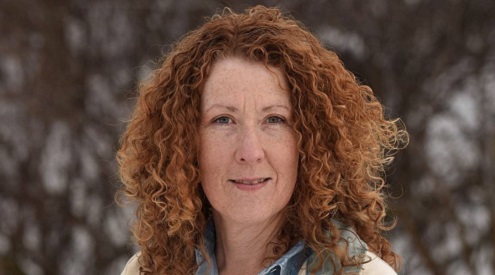 WASHINGTON, D.C. —The National Wildlife Federation and 47 of its state and territorial affiliates urged the U.S. Senate to swiftly confirm Tracy Stone-Manning as director of the Bureau of Land Management so she can get to work conserving and restoring our nation’s public lands and wildlife, ensuring our natural resources are managed for the benefit of all users, and safeguarding access to our public lands for hunters, anglers, and all who enjoy the outdoors.

In a letter to Senate Majority Leader Chuck Schumer and Senate Minority Leader Mitch McConnell, the conservation organizations noted that Stone-Manning has the experience and temperament to restore order at an agency that has been bereft of a Senate-confirmed leader for over four years. Stone-Manning’s confirmation hearing before the Senate Environment and Natural Resources Committee will be held Tuesday, June 8th.

“Tracy Stone-Manning has dedicated her career to the responsible conservation of America’s public lands. Throughout her time as chief of staff to Governor Steve Bullock, director of the Montana Department of Environmental Quality, and as an adviser to U.S. Senator Jon Tester, she has worked to ensure our public lands are managed for the benefit of all users. She brought this philosophy to the National Wildlife Federation where she has led its public lands program and served as a senior advisor to its CEO and leadership,” the organizations said in the letter.

The organizations also noted that as a Westerner and avid outdoorswoman, she is uniquely qualified to oversee the agency that oversees 245 million acres of public land. “Stone-Manning understands not only the challenges facing our public lands, but also the central role these lands play in the lives and livelihoods of hardworking Americans. As a hunter, she understands how policy decisions around energy development, outdoor recreation, and public access affect wildlife and the families that rely upon them. For these reasons alone, she is the right leader to rebuild the agency and restore the public’s trust in this crucial lands-management agency.”

As a thought-leader who is known to bring diverse groups of people together to solve difficult problems, Stone-Manning’s nomination signals the Biden administration’s determination to bring balance back to land management decisions in order to conserve and restore public lands for future generations.

The letter’s signatories are: