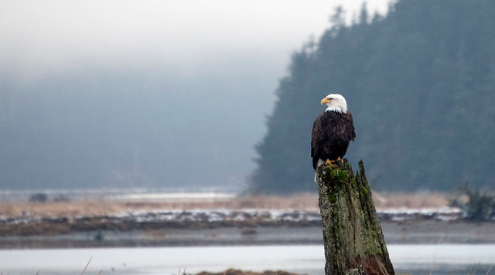 ‘By Ensuring All People Can Use Their Voices at the Ballot Box, We Will Be Able to Combat the Climate Crisis, Protect Our Lands, Waters, Biodiversity, Wildlife, Oceans, Advance Justice for All’

WASHINGTON, D.C. – The National Wildlife Federation and a coalition of environmental organizations thanked U.S. Rep. Terri Sewell (D-Ala.), and House members and House Leadership for advancing the John Lewis Voting Rights Advancement Act. This important legislation will restore and expand the 1965 Voting Rights Act, protect the public’s access to fair elections, and ensure our democracy works for everyone — especially communities of color who historically carry the heaviest burden of pollution, environmental disaster, and barriers to voting.

The Voting Rights Act has a long history of bipartisan support. In fact, every time the law has been reauthorized, it has garnered support from Republicans and Democrats. In the last reauthorization, the Senate passed it on a 98-0 vote.

“Leaders in the House showed once again that they recognize the urgent need to pass legislation that strengthens our democracy and expands the right to vote. Not only will the John Lewis Voting Rights Advancement Act help prevent changes to voting rules that would discriminate against voters based on race or background, it is also an opportunity to begin to effectively tackle the critical issues our nation faces,” the National Wildlife Federation, League of Conservation Voters, Environmental Defense Fund Action, the Sierra Club, Clean Water Action, Natural Resources Defense Council, the Union of Concerned Scientists, and Greenpeace USA said in a joint statement. “By ensuring all people can use their voices at the ballot box, we will be able to combat the climate crisis, protect our lands, waters, biodiversity, wildlife, and oceans, and advance justice for all.

“It’s now time for the Senate to not only restore the full force of the Voting Rights Act with the John Lewis Voting Rights Advancement Act, but also take up the For the People Act. Both these bills, in tandem, will strengthen our democracy and make our voting process more inclusive, accessible, and equitable for all.”