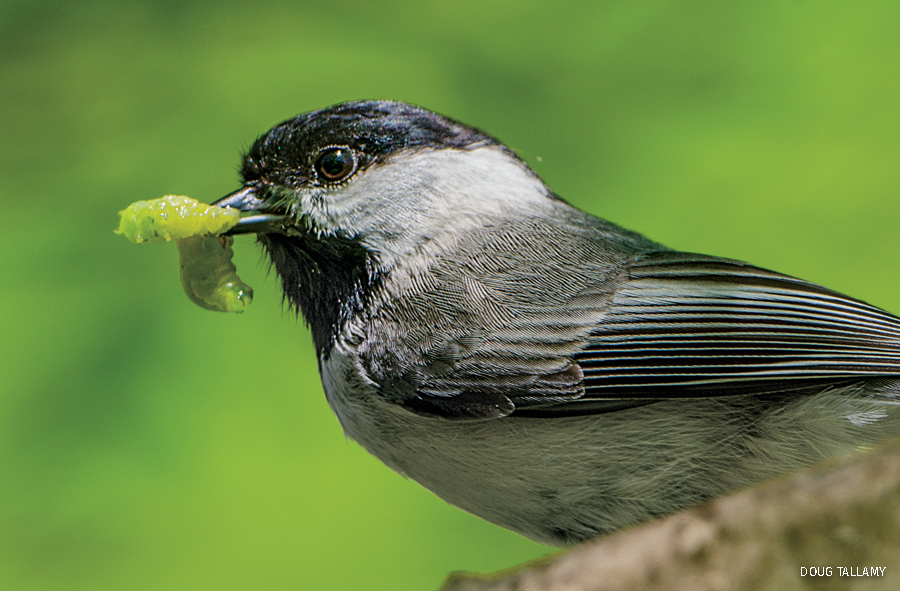 In the first study of its kind, a team of scientists from the University of Delaware (UD) and Smithsonian Institution examined how the landscaping decisions urban homeowners make in their yards can affect bird breeding success. Writing in the Proceedings of the National Academy of Sciences, the researchers report that residential yards dominated by nonnative plants don’t attract and support the insects and other arthropods that insectivorous birds depend on to feed their offspring. “The fact that we are starving these birds by the way we landscape has not been seriously considered,” says UD entomologist Doug Tallamy. To reach their conclusions, the scientists examined the impact of nonnative plants on nesting Carolina chickadees (above) in more than 200 residential properties in the Washington, D.C., metropolitan area. Based on data collected during three breeding seasons, their analysis found that the chickadees could only sustain their population if at least 70 percent of the plants cultivated in a nesting area are native to that region. For warblers and other species that are even more reliant on insects than chickadees, “that number is going to be higher,” says lead author Desirée Narango. “Hopefully, our results provide clear goals that homeowners and landscapers can strive for.” 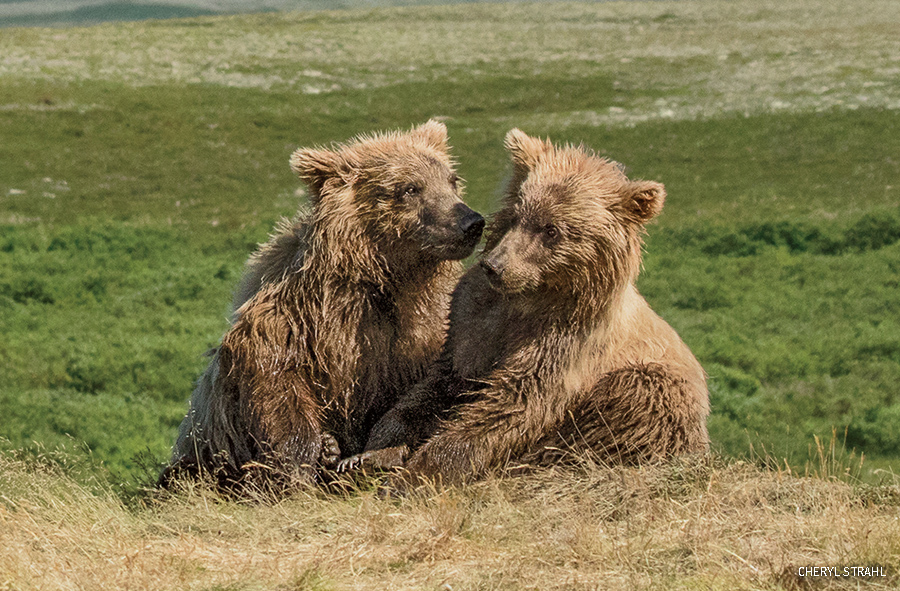 New bear on the block

Ecologists at the University of Saskatchewan have made an unprecedented discovery: All three North American bear species now range in the same subarctic region. “Scientifically, this has never been documented anywhere,” says lead researcher Douglas Clark. Using motion-activated cameras over a six-year period, the scientists captured more than 400 images of polar bears, black bears and grizzlies (above) in Canada’s Wapusk National Park on Hudson Bay. “What’s clearly new are the grizzlies,” says Clark. Writing in Arctic Science, the researchers say their discovery adds to growing evidence that grizzlies are undergoing a substantial range expansion in northern Canada. Wapusk lies at the convergence of three ecosystems: boreal forest, tundra and ocean. All three increasingly are showing effects of climate change. “The place is warming like crazy,” Clark notes. So far, the scientists have not found evidence that the three bear species are interacting in the region. 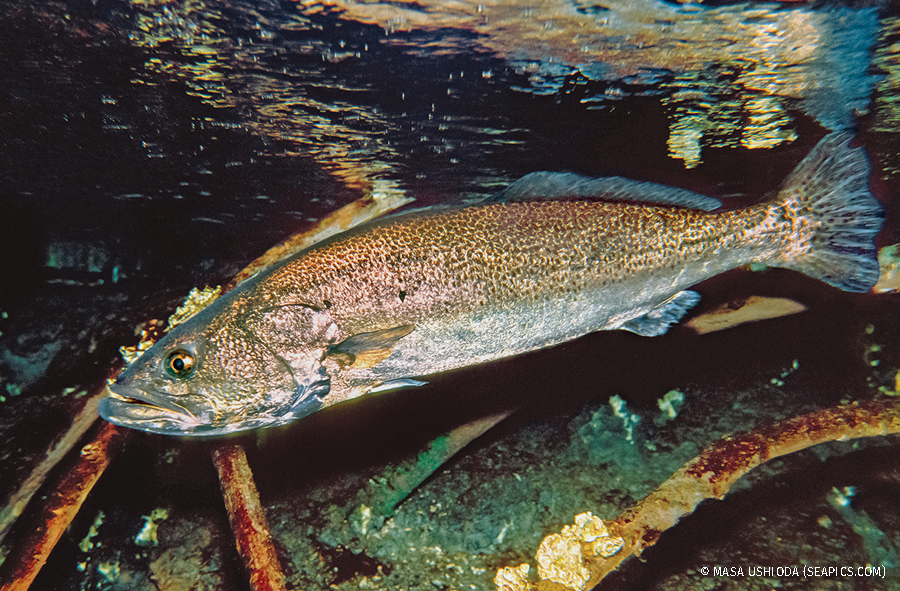 Spawning up a storm

After Category 4 Hurricane Harvey struck the Texas coast in August 2017—carrying with it wind speeds surpassing 130 miles per hour and a 10-foot tidal surge—scientists were surprised to discover that vast schools of spotted seatrout (above) continued to spawn each day in the churning waters of the Gulf of Mexico. “On land, it was complete destruction, but these fish didn’t seem disturbed,” says ecologist Christopher Biggs, who, with colleagues from the universities of Texas and Florida, had previously placed underwater microphones in 15 areas where the fish breed.

Despite their name, seatrout are drum fish, not trout, and the males make distinct pulsing sounds during spawning that researchers record to help study the animals’ behavior. The fish play an important role in the Gulf of Mexico ecosystem, and understanding their habitat needs and reproductive patterns is critical along the Texas coast, where sport fishing generates about $2 billion annually for local economies. Such data, the ecologists write in Biology Letters, “give us insight into how key species will handle changing and unpredictable climate conditions in the future.”