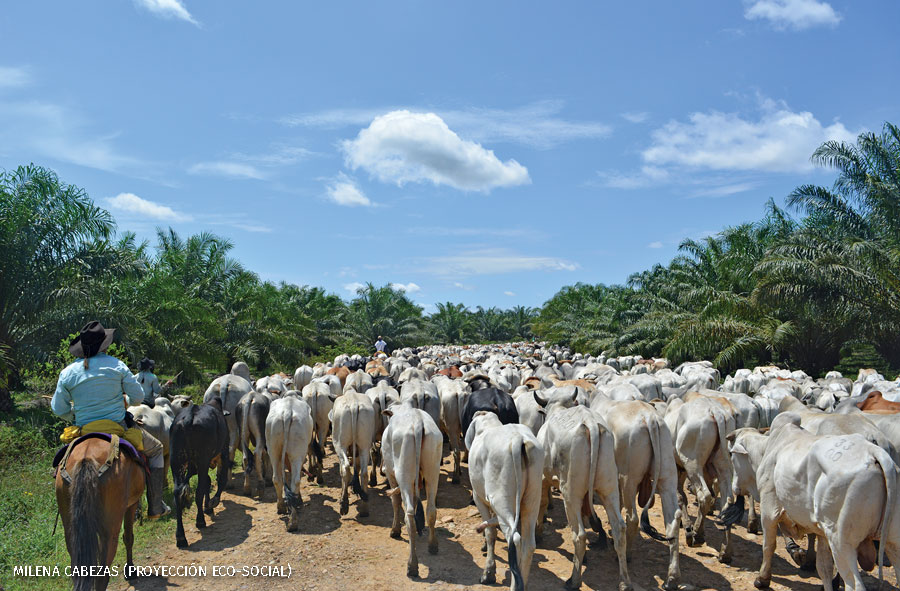 Exciting news for Colombia—and the planet—broke in May when the National Wildlife Federation joined other conservation nonprofits, private industry groups and ministers from Colombia’s departments of agriculture and environment at the formal signing of a groundbreaking agreement to end deforestation driven by the country’s beef and dairy producers.

About a dozen private companies signed the agreement, vowing not to purchase or produce beef or dairy products from any Colombian cattle ranches (above) that have cut forests (below) to clear new pasture since 2018. “This is the first time a government is working with the private sector and nonprofits to end deforestation for cattle and dairy,” says Nathalie Walker, NWF’s director of tropical forests and agriculture. “It’s a historic move.”

It’s also very timely. In 2016, Colombia’s 50-year civil war effectively ended, opening much of the country to new investment. This ramped up deforestation—Colombia now has the fourth highest deforestation rate in the world—which threatens the nation’s rich wildlife heritage. 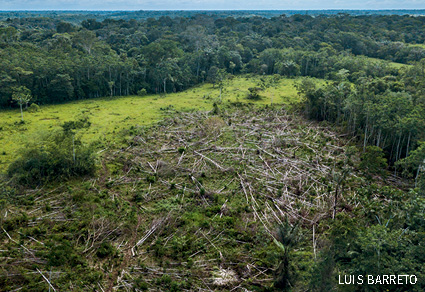 Sliced by the Andean Mountains, Colombia’s vast sweep of forests, grasslands and climates ranks it in the top two countries in the world for biodiversity. Its forests support countless migratory birds, including broad-winged hawks and cerulean warblers. Saving trees will save species—and absorb carbon.

To increase cattle production without clearing their land, ranchers are learning low-tech solutions such as pasture rotation, soil enhancement and planting more-nutritious grasses, which can double or triple the number of animals per acre. To monitor compliance, researchers are developing a system of satellite monitoring, cattle tagging and other steps to trace the source of beef and dairy. “There’s a lot of work to do,” says Walker, “but it’s a major breakthrough. Colombia is committed to zero deforestation.” 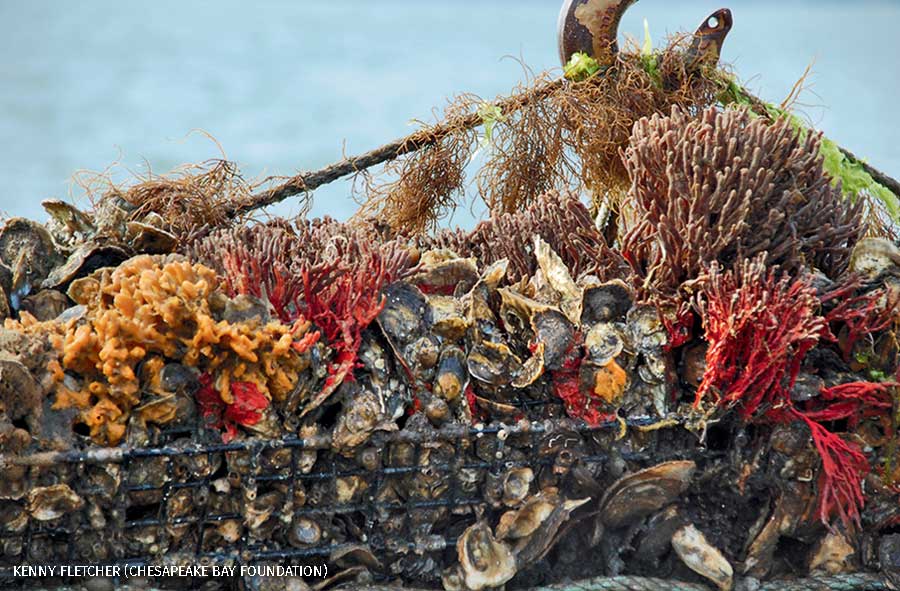 Guardian of the Chesapeake

Virginia may be for lovers, as the state slogan says, but it also holds the key to the heart of the Chesapeake Bay, the nation’s largest estuary. About 60 percent of the state drains into the bay through four watersheds that pass from the Blue Ridge Mountains through rolling farmlands and burgeoning towns. Recognizing the Chesapeake as a priceless resource for both people and wildlife—including the endangered Atlantic and shortnose sturgeon—the Virginia Conservation Network dedicates itself to saving the bay.

Founded 50 years ago, VCN is a partnership of more than 100 state conservation groups focused on healthy rivers, clean energy and green communities. In 2010, the Environmental Protection Agency mandated that all areas feeding into the Chesapeake Bay Watershed—six states and the District of Columbia—enact plans by 2025 to help clean the bay. VCN has taken a leading role in that effort, targeting urban and agricultural runoff and developing natural solutions to filter out pollutants such as creating oyster reefs (above). The group and its partners have also worked to ensure funding for an agricultural cost-share program, which encourages farmers to minimize tainted runoff, and a stormwater assistance fund to help cities upgrade their stormwater management systems. “Our state’s plan for the bay is very ambitious,” says VCN Executive Director Mary Rafferty. To ensure its success, her group “helps make connections between local water groups and the administration, a role unique to VCN”—and a labor of love for the bay. 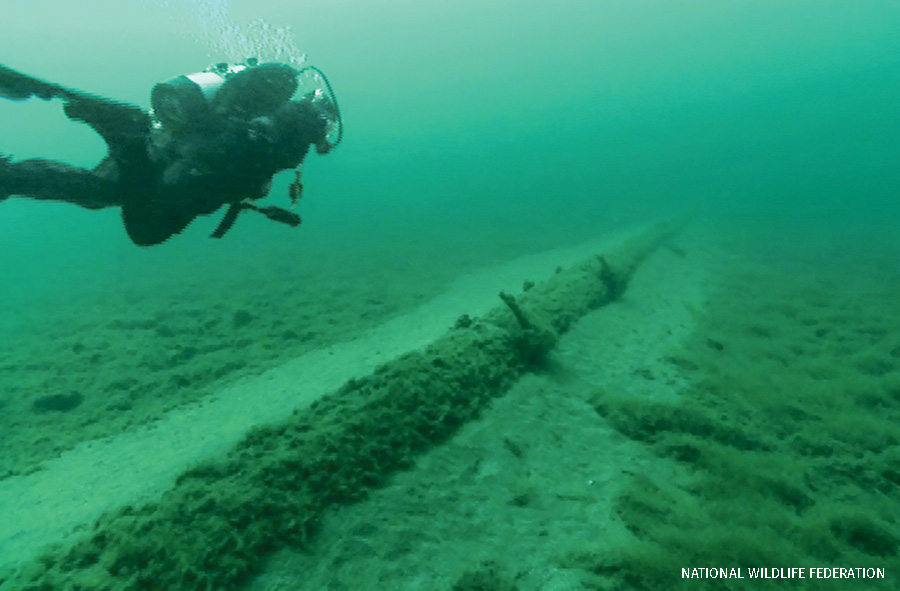 Curbing the threat of an aging pipeline 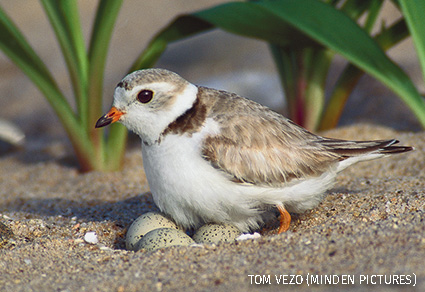 Based in part on comments from NWF and its partners in the Great Lakes region, Michigan Attorney General Dana Nessel in March declared unconstitutional a state law that allowed construction of a tunnel to replace 66-year-old Line 5 (above), which carries 22.7 million gallons a day of petroleum from Superior, Wisconsin, to Sarnia, Ontario, crossing Michigan’s Straits of Mackinac. The aging pipeline would have remained open during construction, which NWF argued would put hundreds of miles of Michigan shoreline and the species that thrive there, including the endangered piping plover (pictured), at risk. Also in March, a judge ruled that the spill response plan developed for the pipeline was inadequately reviewed by the Pipeline and Hazardous Materials Safety Administration, as NWF and the University of Michigan Environmental Law and Sustainability Clinic had argued. Clinic director and NWF staff attorney Oday Salim hailed the two rulings as a great victory. “There are so many different people who rely on the Great Lakes—Native Americans, boaters, hunters and anglers,” says Salim. “This issue impacts every sector of the Michigan population.” 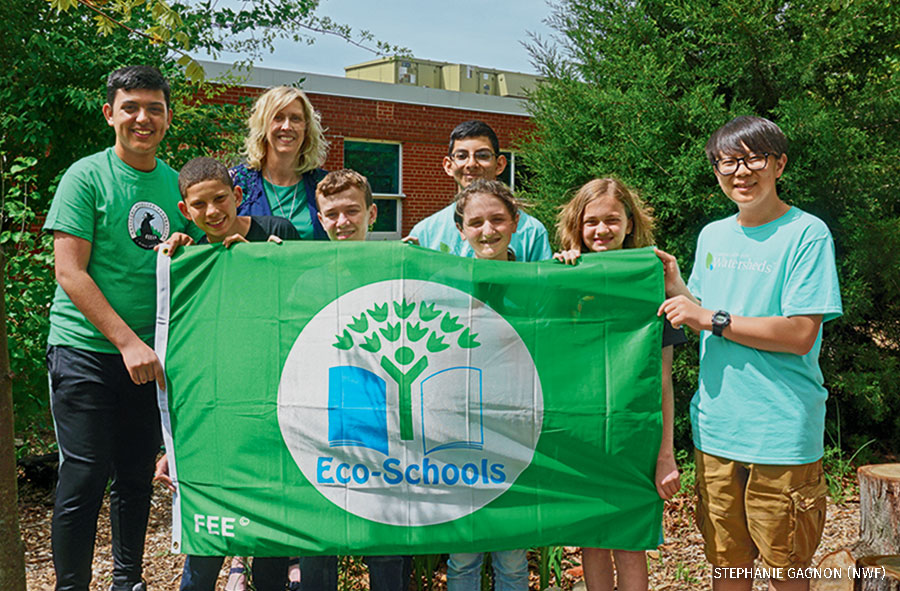 On April 24, NWF recognized a special milestone at two schools in Fairfax County, Virginia: Lanier Middle School (above) and Centreville Elementary School (below). These are the first U.S. schools to earn the prestigious, permanent Green Flag Award from NWF’s Eco-Schools USA program. The flags symbolize that the schools have consistently shown a dedication to conserving natural resources, restoring wildlife habitat and connecting students to their natural environment.

Following the Eco-Schools guidelines, both schools chose several specific “pathways” to earn their flags. The Centreville students started a farmer’s market, increased biodiversity by creating habitat with native plants and spent some 60 minutes a week in their outdoor classroom. Lanier students built a bioretention cell to address polluted runoff, created an outdoor classroom and reduced the school’s trash by 16,000 pounds. 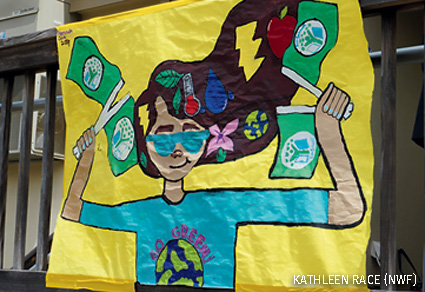 Eco-Schools is an international program hosted by the Foundation for Environmental Education. NWF has been overseeing its U.S. effort since 2009. Fairfax County was the first school district to participate in the program, which now involves 5,426 schools across all 50 states.

“This student-driven program empowers kids to drive change at their school and in their community,” says Jennifer Hammonds, NWF’s K-16 senior manager of curriculum and instruction. “They’re the future sustainability leaders of the country—so we hope one day all U.S. schools will join us.” 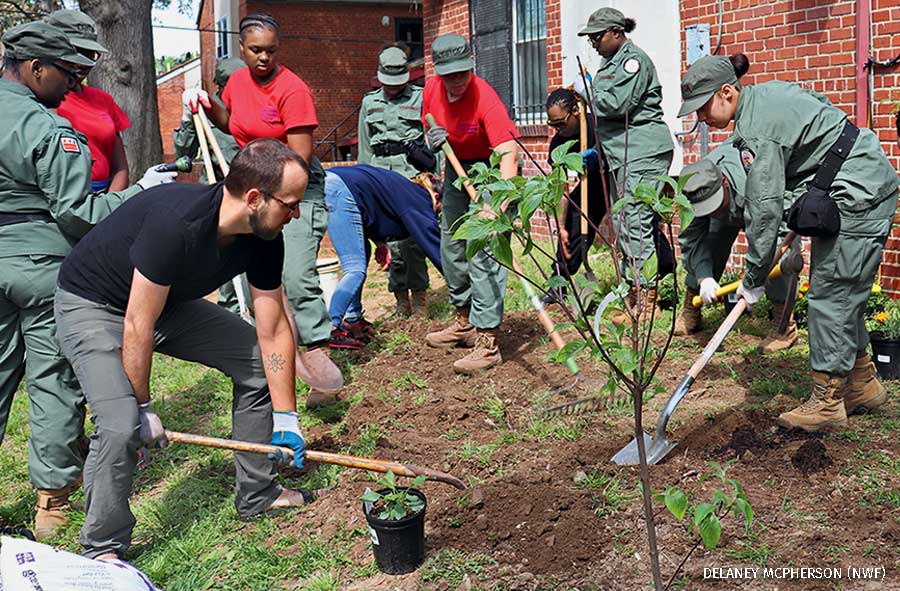 Sweating for their city

In April, the Earth Conservation Corps (ECC), NWF’s affiliate in Washington, D.C., spent Earth Day down in the dirt, planting trees and flowers in Southwest D.C. They were joined by volunteers from NWF and the Capital Guardian Youth Challenge Academy, a program for students who have dropped out of high school. It gives them a chance to earn a GED (General Education Development) degree while also building life skills.

The goal of the work was not only to beautify the area but to bring together community groups and inspire residents to enjoy nature. Three groups of workers—some clad in the academy’s green uniforms (above)—worked at four different sites, planting, hoeing, digging and sweating. Residents of the neighborhood also came out to help and offer support. “Some of the kids in the area asked questions about what we were doing and who we were,” says ECC member John Wood. “They were interested in our work.”

At the event, the teams planted 11 native dogwood and maple trees as well as four rose bushes and a plethora of native pollinator flowers. Twice a week, ECC members like Mark Reyes go back to tend to the plants. “Part of being a corps member is getting down and dirty and getting your hands deep down in the soil,” says Reyes.