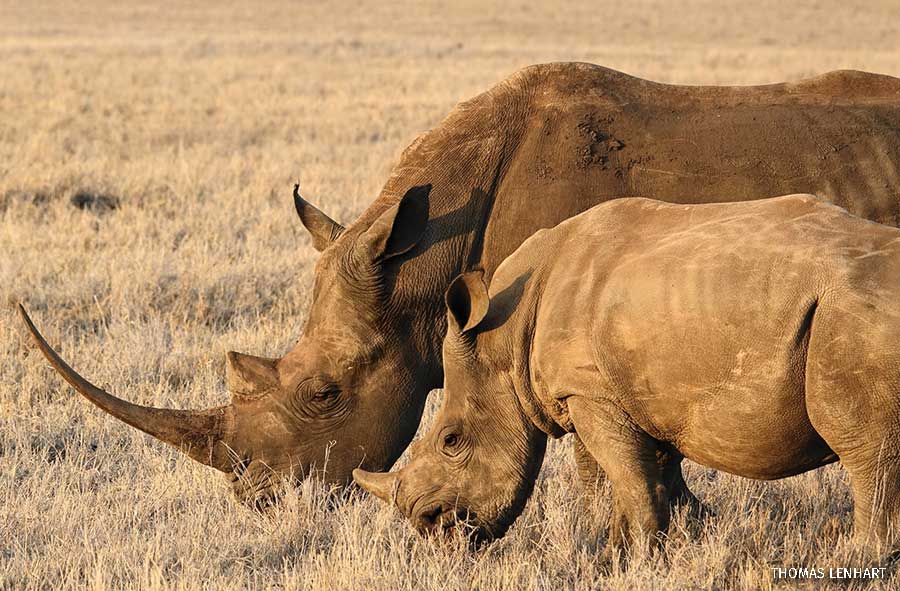 In a recent investigation, researchers at England’s University of Southampton conclude that smaller creatures will dominate the animal kingdom in the next 100 years, and that the average body mass of mammals will shrink by about 25 percent as large species increasingly become extinct. The scientists made their predictions after analyzing the conservation status, reproductive biology, physical characteristics and diets of some 15,500 mammal and bird species. The key driving factors behind the loss of large species, they write in Nature Communications, are habitat loss and global temperature rise. While “this downsizing may be happening due to the effects of environmental change ... ironically, the loss of species that perform unique functions within our global ecosystem could also end up a driver” of shrinking species, says lead author Robert Cooke. According to the study, small, fertile, insect-eating animals such as rodents, shrews and songbirds will survive over large, less-adaptable species such as rhinos (above, in Kenya) and elephants. “It is worrying that we are losing these big species when we don’t yet know their full role in nature,” Cooke says. Without them, he observes, many ecosystems could start to collapse. 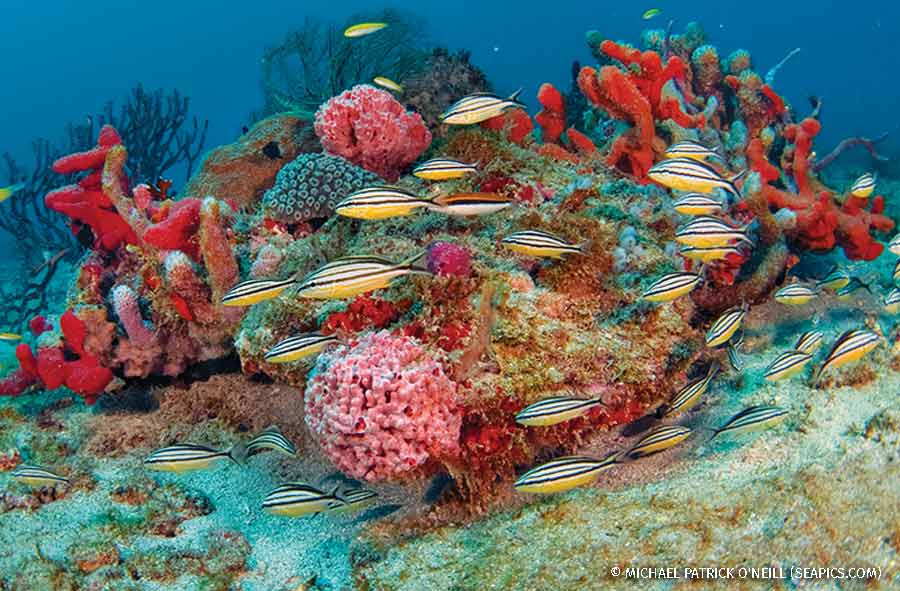 Scientists from the U.S. Geological Survey (USGS) and University of California–Santa Cruz report that coral reefs in U.S. waters—from Florida (above) and the Caribbean to Hawai‘i and the Mariana Islands—provide more than $1.8 billion annually in flood-protection benefits. Published by USGS, the study draws on 61 years of hourly wave data for more than 2,000 miles of populated, reef-fringed coasts. The team also used flood-risk maps showing how much flooding would occur with or without reefs. “Our goal was to provide sound science to identify where, when and how U.S. coral reefs provide the most significant coastal flood reductions,” says USGS geologist Curt Storlazzi. Reefs, the researchers explain, break waves, draining their energy offshore before they flood the coast. “This is an enormously valuable function,” adds marine biologist and coauthor Michael Beck, who notes that in 2017 alone, tropical storms caused more than $265 billion in damages in this country. Putting values on reef benefits, the team notes, is a crucial step toward mobilizing resources to protect them. 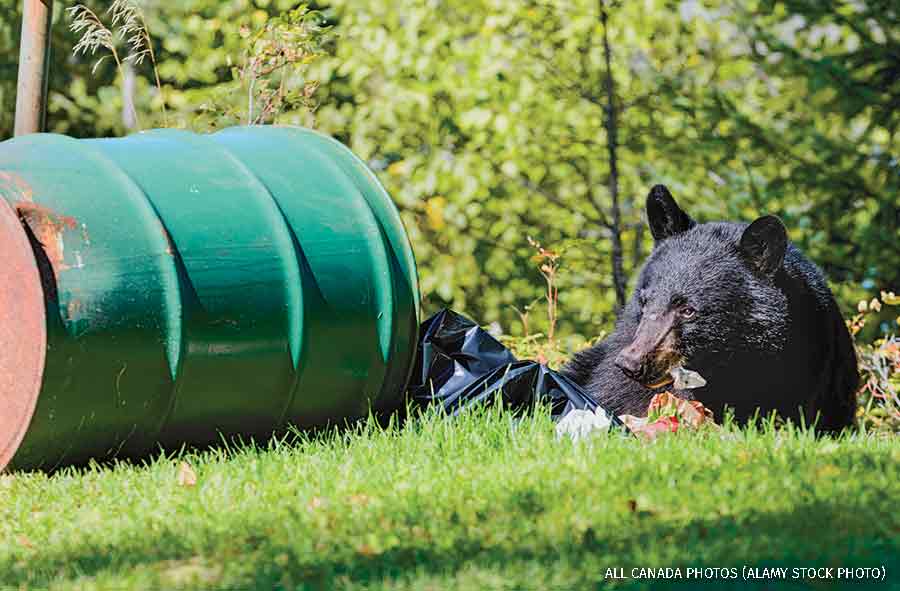 Black bears typically hibernate for four to six months, entering their dens in late fall when natural food supplies are scarce. But based on a four-year study of 30 bears in the wild in Colorado, biologists from the University of Wisconsin–Madison and the Colorado Parks and Wildlife department report that year-round access to sources of human food such as garbage bins (above, in British Columbia) is altering the animals’ normal behavior as well as physiology.

Because bears can dine on human fare whenever they want, they’re less likely to enter their winter dens and more likely to exit sooner. Published in Scientific Reports, the study finds that bears hooked on human food hibernate as many as 50 fewer days than bears that eat natural diets. In testing samples of the more-active animals’ blood and hair, the researchers also discovered evidence that shortened hibernation may affect bears at the molecular level, causing their cells to age faster. “It’s a further demonstration of the effects the ubiquitous availability of human foods can have on wildlife,” says lead author Rebecca Kirby. She adds that the researchers don’t yet know if bears are living shorter lives due to accelerated cellular aging.