Sportsmen: State takeover of public lands could leave public behind 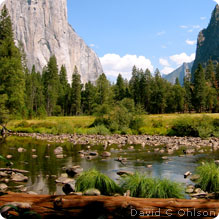 A review by the National Wildlife Federation of how state trust lands are managed in the West underlines a big concern of hunters, anglers and other outdoor and wildlife enthusiasts – that everyday Americans will lose out if states take control of national public lands.

State legislatures from Nevada to Montana to New Mexico have debated bills that ask Congress to hand over federally managed lands or mandate studies of how states could manage lands now overseen by the U.S. Forest Service, Bureau of Land Management and other federal agencies. Now, some members of Congress are forming a group “to develop a legislative framework for transferring public lands to local ownership and control.”

Across the Rocky Mountain West, takeover proponents argue that states would be better land managers and could generate more jobs, money for schools and tax revenue if states were in charge. Many state-owned lands across the West, including state trust lands, are managed with different goals from the national public lands. It’s unclear whether states would manage the additional land as they do trust lands, which were granted by the federal government upon statehood to maximize revenue for schools and other public institutions.

In contrast, national public lands, are managed for multiple uses, including oil and gas drilling, logging, mining, grazing, hunting, fishing and recreation. The Federal Land Policy and Management Act directs federal and managers, among other things, to protect fish and wildlife habitat, air and water quality as well as historic, archeological and environmental qualities.

“Those calling for states to take over national public lands on the one hand say hunting, fishing and other activities won’t be disrupted and on the other hand tout all the money states could raise if they controlled national public lands,” said Kate Zimmerman, NWF’s public lands policy director. “When you look at some states’ history of selling trust lands, the restrictions on the land’s use and the requirement that states balance their budgets each year, the future of continued public access and abundant fish and wildlife is cloudy at best under state management.”

"The State Land Board would be an inappropriate body to manage Bureau of Land Management and Forest Service lands because its constitutional mandate to fund schools is unworkable for safeguarding our heritage of public access,” said Suzanne O’Neill, Colorado Wildlife Federation executive director.

Studies by the states of Utah and Nevada found they could make money managing public lands if logging, drilling and other commercial activities were significantly increased. A Utah report contains significant caveats: oil and gas prices would have to remain high instead of following historic trends of peaking and falling and the state would have to receive 100 percent of the royalties from the minerals extracted.

Despite statements to the contrary, states likely would sell choice parcels to recoup the costs of taking on tens of millions of more acres of land. A report by the Center for Western Priorities underscores the enormity of just one aspect of a greatly expanded lands inventory: the federal government spent $3.5 billion on fire suppression and protection in fiscal 2013. The 2014 evaluation of phasing in the takeover of Nevada’s 53.5 million acres of national public lands acknowledges the economic challenge: “As soon as possible after patenting and recordation of the Phase I transferred land, the sale of select parcels to generate start-up capital and repay debt would occur.” The first phase would cover only 7.2 million acres.

“The state of Nevada couldn’t wait to unload the trust lands it acquired upon statehood. Nevada received 4 million acres, swapped those out for more saleable lands and now has a grand total of 3,000 acres of state lands.  Historically speaking, I think it’s safe to say that the recreation, hunting and fishing opportunities we enjoy on public lands and the nearly $15 billion in spending those opportunities generate each year would devastatingly become a thing of the past,” said Robert Gaudet, Nevada Wildlife Federation president.

Pressure to develop or sell public lands will intensify as states face making up the lost federal Payments in Lieu of Taxes, or PILT, that local governments receive in exchange for not being able to tax federal land. Nevada legislators promise in a resolution to replace PILT monies through “gross revenues derived through management of federal land transferred” to the state.

“It is fair to ask how much fish and wildlife habitat will be lost and what the impacts will be on the public access that is fundamental to the West’s identity, economy and its appeal to tourists from around the world,” said Dave Chadwick, Montana Wildlife Federation executive director.  “Wildlife is a public trust that must be managed for the benefit of everyone.  Radically changing how millions of acres of land are managed would endanger that trust, threatening the hunting tradition that sets this country apart from all others.”

In Colorado and New Mexico, the state wildlife agencies use revenue generated from sportsmen’s fees and taxes on equipment to pay to use state trust lands for hunting and angling.

"In New Mexico, state trust lands are barely distinguishable from private property. Hunters pay $200,000 a year for the right to hunt on state land, but can’t camp without the permission of the grazing lessee and can only scout during the week before their hunt,” said Garrett VeneKlasen, New Mexico Wildlife Federation executive director. “Previous state land commissioners have sold almost one third of the 13 million acres New Mexico received at statehood, and they don’t have to answer to anyone if they choose to sell, trade or develop additional lands in the future. Transferring New Mexico treasures like the Gila, Lincoln or Carson National Forests to the State Land Office would be a huge loss to everyone who hunts, fishes, camps or hikes in our state."

Among the findings in NWF’s review of activities allowed on federal lands vs. state lands are:

Nevada originally received about 4 million acres of state trust lands, exchanged those for 2.7 million acres considered more saleable and then sold all but 3,000 acres of those.


In Colorado, only 18 percent of the 2.8 million acres of state trust lands are open to the public and only from September to February. Colorado Parks and Wildlife has to lease state trust lands for access, using money paid by hunters and anglers for licenses, fees and tax on equipment.


In Arizona, a $15 permit is required to recreate on state lands, which aren’t considered public lands.


In Wyoming, camping on state lands is restricted to designated areas.


Annual recreation permits are required to hike and watch wildlife on New Mexico’s state trust lands. The state Department of Game & Fish pays, using money generated by sportsmen and women, so hunters and anglers can use some state lands.

How Could Your Recreational Access Change if Federal Lands were Controlled by the States?

A review of key individual states