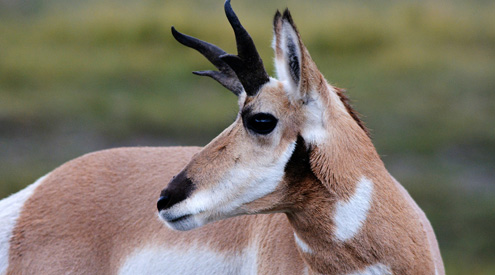 Washington, DC – A draft bill that would give states “exclusive jurisdiction” over oil and gas leasing and drilling on national public lands amounts to transferring the lands and would ignore protections for wildlife, air and water and requirements for public involvement.

“Americans cherish our public lands, yet the administration and some in Congress seem bent on giving them away. This bill would be a back-door transfer of our public lands and waters. It would toss aside laws that protect our air and water quality and ensure the public’s involvement in decisions about public lands

“Worse, it prioritizes energy development over all other uses of public lands and waters by promising states more money the more they drill. It would be a giant giveaway to the oil and gas industry and an irreparable loss for Americans. The Congress should reject it.”

Camilla Simon, director of HECHO, Hispanics Enjoying Camping, Hunting, and the Outdoors, said: “At HECHO, we support making public lands management more responsive to local communities and diverse stakeholders. However, this bill would not only give states ‘exclusive jurisdiction’ over oil and gas development on our public lands, but it would also exempt states from following our laws requiring public involvement and reviews.

“There’s no guarantee that states would provide the same opportunities for public comment or conduct the kind of environmental analysis that the Bureau of Land Management and Forest Service do. This bill amounts to a de facto transfer of national public lands to the states, and we are very much opposed to it.”