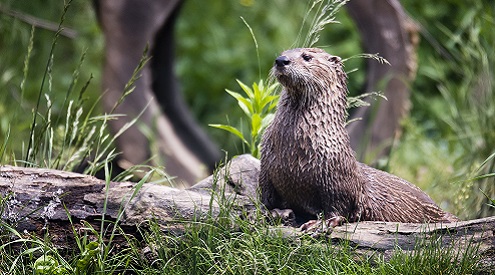 NEW ORLEANS, LA – Today the Gulf Ecosystem Restoration Council (RESTORE Council) announced restoration priorities to consider across the Gulf, which included investing in a critical diversion project in Louisiana’s Maurepas Swamp. The River Reintroduction into Maurepas Swamp project would reconnect one of the largest forested wetlands complexes in the nation with the Mississippi River to aid in preventing further wetland loss and habitat degradation. The project will benefit more than 45,000 acres, providing a wetland buffer that can reduce storm surge for communities stretching from the Greater Baton Rouge to the Greater New Orleans regions.

“The River Reintroduction into Maurepas Swamp project is vital to protecting one of the largest remaining swamps in the Gulf. The RESTORE Council is wise to prioritize this restoration project for additional review and inclusion in the forthcoming project list. The project will protect and sustain one of the world’s most iconic swamps, while complementing other nearby restoration efforts. We urge continued cooperation among RESTORE Council members and continued efforts to tie this project to the mitigation requirements of the West Shore Lake Pontchartrain levee project.

“Time is of the essence in Louisiana, where we face one of the largest land loss crises on the planet. One only has to look at the ghost swamps along I-10 to understand the fate of the Maurepas Swamp unless we act quickly. Not only does this swamp provide a vital storm surge buffer, but it also offers productive habitat for fish, birds and other wildlife. The swamp is also a hotspot for ecotourism and recreation, with more than 8,000 acres of public land in the Manchac Wildlife Management Area.”

The RESTORE Council will accept public comments on its draft priorities list later this year, with a vote on the final list planned for early 2020.

More background on the River Reintroduction to Maurepas Swamp project:

This diversion, planned near Angelina, will provide sediment and fresh water to existing wetlands in Maurepas swamp. Dominated by bald cypress and water tupelo trees, the Maurepas swamp complex is one of the largest forested wetlands in the nation. However, levees constructed along the river have isolated the area from spring floods and the vital fresh water, nutrients and sediment they bring. This isolation, coupled with rising salinities throughout the Pontchartrain Basin while the MRGO was open, has left the swamp in a state of rapid decline – trees are dying, and young trees are not growing to replace them. The River Reintroduction into Maurepas Swamp project will benefit the swamp by reconnecting it with the river, aiding the prevention of further wetland loss and the conversion of swamps to marshes, as well as helping to offset future increases in salinity throughout the western Pontchartrain Basin. The fine grain sediment may also increase elevation to a point where there are periods without inundation so that seeds can germinate, perpetuating the forest into the future.