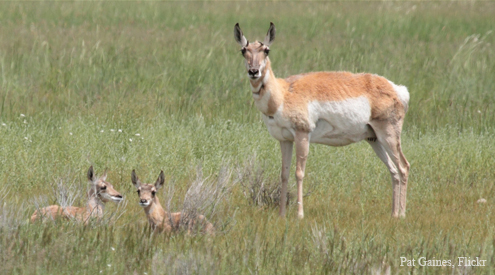 Reforming Oil and Gas Leasing and Cleaning Up Abandoned Wells

WASHINGTON, D.C. — Two new bills from U.S. Senator Michael Bennet (D-Colo.) will bring long-overdue reforms to the oil and gas leasing system and begin to tackle the problem of capping and cleaning up more than 57,000 abandoned oil and gas wells across the nation. The Public Engagement Opportunity on Public Lands Exploration (PEOPLE) Act will increase public participation and transparency in the oil and gas leasing system while the Oil and Gas Bonding Reform and Orphaned Well Remediation Act will put people to work in jobs to clean up abandoned wells across the country. The bill would also strengthen bonding requirements so that oil companies will be responsible for paying for the costs of remediation in the future.

“Tens of thousands of abandoned wells across this country leak pollutants into groundwater, emit methane, and pose other serious safety concerns for people and wildlife living in the area. It’s time to restore these areas and make sure that in the future, the companies responsible for these issues pay for the cleanup,” said Aaron Kindle, director of sporting advocacy at the National Wildlife Federation. “Senator Bennet’s bills will make sure that the public has a voice in how public lands are managed and that taxpayers won’t be on the hook for cleaning up the messes that oil and gas companies leave behind. The bills will also protect wildlife habitat critical to maintaining hunting and fishing opportunities.”

Orphaned oil and gas wells threaten water sources, air quality, and wildlife habitat. They are also a significant liability for federal and state taxpayers who are forced to pay the costs of clean up when oil and gas companies declare bankruptcy. Senator Bennet’s bill creates a $3 billion fund that will put unemployed oil and gas workers to work cleaning up these abandoned sites.

Most importantly, the bill increases individual bond rates which oil and gas companies must pay. Bonds are essentially security deposits which are used to cleanup sites if a company goes bankrupt or illegally abandons a well.  This legislation would raise rates from $10,000 to $75,000 for an individual bond. According to the Government Accountability Office, cleanup costs for just one well can range from $20,000 to $145,000.