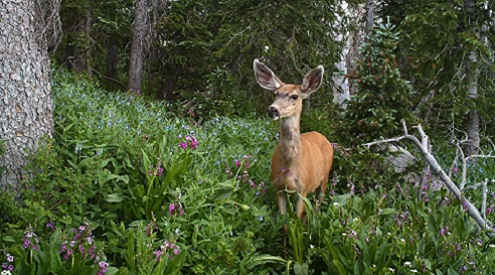 WASHINGTON, D.C. —  The National Wildlife Federation, the National Audubon Society, and 58 other conservation organizations have called on Interior Secretary David Bernhardt to retract all management plans, decisions, rulemakings, and regulations that were influenced by William Perry Pendley, after a judge ruled Pendley served unlawfully for 14 months as the Director of the Bureau of Land Management.

In a letter, a coalition of organizations said Pendley had been involved in numerous resource management plans across the West, environmental studies in the Arctic, regulations for oil and gas leasing, rulemaking for timber and recreation, and hundreds of personnel decisions. All of these decisions — which impact wildlife, public lands and waters, public health and safety, recreation, and rural economies — must now be evaluated and many likely nullified until a qualified director has been confirmed by the U.S. Senate.

“A federal judge has ruled that William Perry Pendley was illegally installed as the director of the Bureau of Land Management, which means that all of his decisions during that time were made illegally,” said Tracy Stone-Manning, associate vice president for public lands at the National Wildlife Federation. “Secretary Bernhardt needs to scrap all Bureau of Land Management plans, decisions, and regulations over the past 14 months that bear Mr. Pendley’s signature or influence so they can be properly done over by a legally confirmed director of the agency.”

“Breaking the law comes with consequences,” said Nada Culver, vice president for public lands and senior policy counsel at the National Audubon Society. “The court ruling makes it pretty clear that many of the activities Mr. Pendley directed are invalid. This ruling follows on many others that have already found the Bureau of Land Management's efforts at rule changes, plans, and decisions violated the law. Secretary Bernhardt can and should take stock of this situation to address the latest problems caused by Mr. Pendley’s invalid decisions or make plans to continue his string of court losses.”

Among the plans and decisions that should be retracted:
•    Lewistown Resource Management Plan and Missoula Resource Management Plan
•    Ongoing efforts to revise Greater Sage-Grouse plans in Colorado, Utah, Idaho, Wyoming, Oregon, and Nevada
•    Management plans for Bears Ears and Grand Staircase-Escalante National Monuments
•    Tens of thousands of oil and gas lease sales that were considered for deferral or administered under guidelines implemented by Mr. Pendley

Among the rules, regulations and guideline implementations that need to be retracted or addressed:
•    New timber salvage and e-bike rules
•    New oil and gas royalty rate relief program
•    The wild horse and burro program

In addition, personnel decisions made by Pendley during the process of moving the Bureau of Land Management headquarters out of Washington, D.C. should be immediately reviewed, as should the appointment of four state directors and two acting state directors.