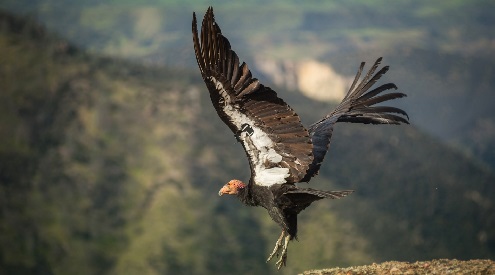 “California and the nation’s wildlife are in crisis — with more than one-third of species at heightened risk of extinction — and we are at risk of losing iconic species, from LA’s mountain lions to the Western monarchs, if we do not take bold, collaborative steps to restore, conserve, and reconnect vital habitat,” said Collin O’Mara, president and CEO of the National Wildlife Federation. “Governor Newsom’s commitment is a watershed moment in the national movement to act on climate, confront the biodiversity crisis, and restore our lands and waters — all of which will create desperately needed good jobs. There is simply no more cost-effective way to jumpstart our economic recovery and create millions of jobs than recovering at-risk wildlife populations through the restoration of our waters, forests, wetlands, and grasslands, and coasts. We appreciate Governor Newsom's visionary leadership at this critical time.”

Governor Newsom has been a champion for wildlife conservation and advocate for the need to restore and connect habitat. His administration has provided crucial support for the National Wildlife Federation’s and our partners' work to create a wildlife crossing over the 101 Freeway at Liberty Canyon.

The National Wildlife Federation pledged to support the governor's new executive order and to find new ways to work together to recover California’s wildlife, including redoubling its effort in Congress to pass the bipartisan Recovering America’s Wildlife Act, which would provide crucial funding for California's State Wildlife Action Plan. The plan identifies nearly 1,200 species of greatest conservation need in California, including more 284 species listed as threatened or endangered under the Endangered Species Act. The Recovering America's Wildlife Act has more than 180 co-sponsors, including 18 members of the California delegation, and would be a game-changer for recovering species and reversing the wildlife crisis in California and across the nation.