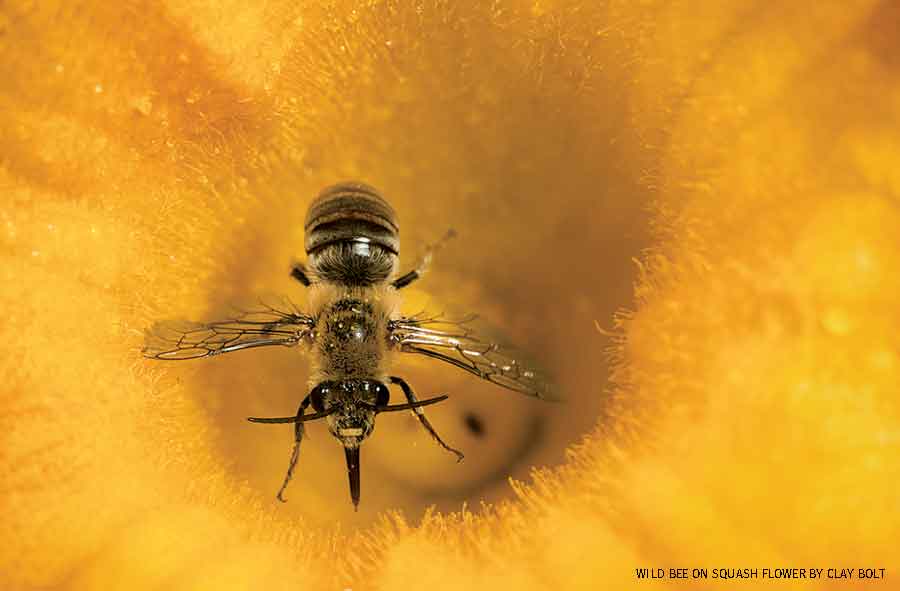 In a major biodiversity field study, scientists from several universities recorded wild bee activity over a half-dozen years at 48 farms in Pennsylvania and New Jersey—a study area covering some 1,450 square miles. In all, the team identified more than 100 native bee species on the farms pollinating flowers of such crops as watermelon, cranberry and blueberry. While growers might rely only on a handful of those bee species at a single crop field, they may need 10 times that number across several dozen farms in a specific region. “This is because the most important pollinating bee species change from one place to another,” the scientists explain in Science.

Their study supports the notion that sustaining ecosystem services in nature requires many species, including those that are declining, as are many native bee species. “We need a lot more bees than we thought to maintain food security,” says lead author Rachael Winfree, a Rutgers University ecologist. “Our results confirm the importance of biodiversity in keeping the planet habitable for human beings.” 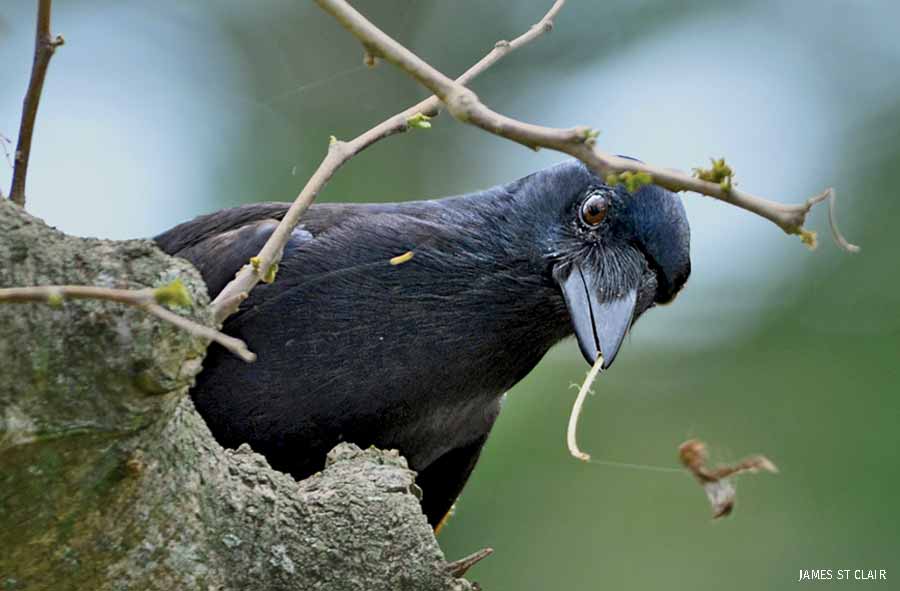 New Caledonian crows are the only known animals other than humans that create hooked tools, which they use to extract prey from hiding places (above). But until now, no one had investigated why the birds go to so much trouble to make the elaborate implements. In a study on the South Pacific island of New Caledonia, home to this unique corvid species, biologists from Scotland’s University of St. Andrews found that some of the crows seek out a specific shrub (the nonnative wild tantan), harvest a forked branch and then nibble its tip to produce a crochetlike hook.

Because the birds often use their tools high up in trees where they are difficult to observe, the scientists conducted a series of controlled experiments with temporarily captive crows. The hooked twigs, they write in Nature Ecology and Evolution, enable the animals to dislodge beetle grubs and other insect prey as much as 10 times faster than when using a straight, unmodified stick. “This should considerably raise their survival prospects,” says project leader Christian Rutz. In the wild, getting food quickly gives the birds more time for reproduction while avoiding predators. 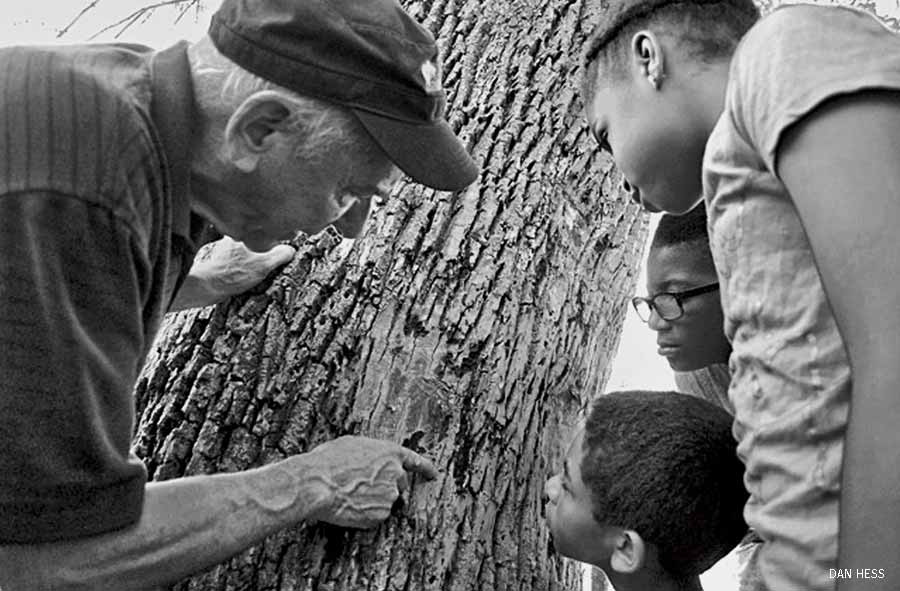 Researchers at the University of Illinois report that third graders at a Midwestern elementary school are significantly more attentive and engaged in their indoor studies following a 40-minute lesson conducted outdoors in a natural setting. This “nature effect” allowed the two educators who participated in the project—conducted at the Cold Spring Environmental Studies Magnet School in Indianapolis, Indiana (above)—to teach their 50 students uninterrupted for almost twice as long as would have been possible if the students never left the classroom.

Writing in Frontiers in Psychology, the researchers conclude that the positive effects on students of spending part of the day outside in the natural world were consistently apparent day after day throughout the 10-week project. Such “refueling” in nature, they write, “argues for including more lessons in nature in formal education.” The results also suggest that outdoor lessons may be an inexpensive and convenient way to improve student engagement in learning.