Nature’s Witness: Into the Wild 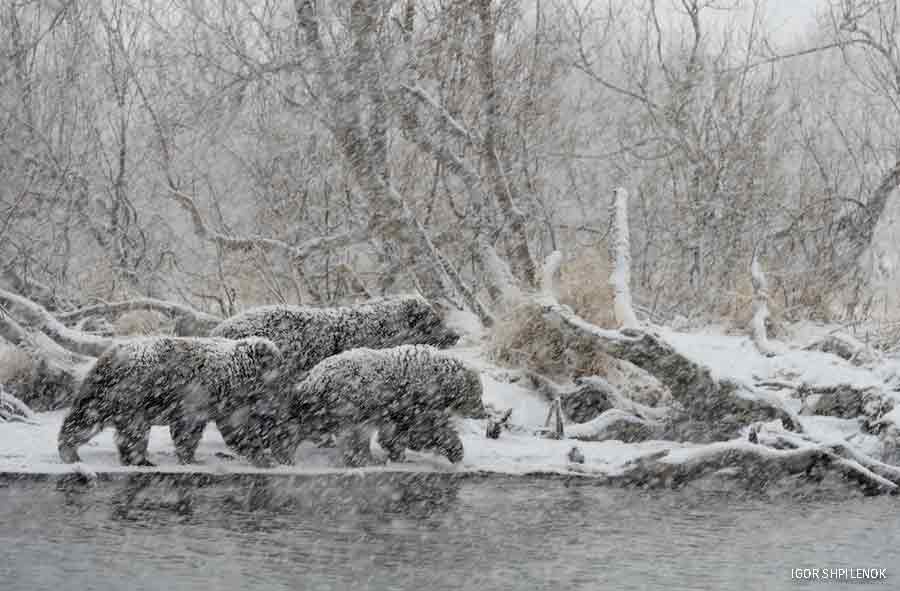 HEAVY NOVEMBER SNOW blankets a family of Kamchatka brown bears as mother and cubs roam the banks of the Khakytsin River on a hunt for sockeye salmon. Standing in the water, photographer Igor Shpilenok captured the silent power of these icons of Russia’s Kamchatka Peninsula, where he lived in a hut for a year to study the remote region’s wildlife. 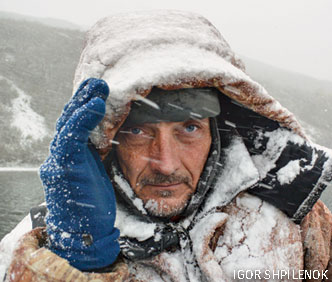 His work was part of an ambitious four-year effort to document Russia’s 110 protected nature reserves and 56 national parks to honor the 100th anniversary of a vast system of vital habitats ranging from deserts and steppes to forests and glaciers.

Shpilenok’s passion for protecting nature began 35 years ago, when, as a schoolteacher living in the Bryansk Forest, he began documenting its beauty and lobbying for its protection, an effort that led to the creation in 1987 of the Bryansk Forest Nature Reserve. Today, Shpilenok hopes to “raise awareness” about how Russia’s protected lands give refuge to species as diverse as European bison and beaver to sable, cranes and rare saiga antelope—national treasures that enrich the entire planet.