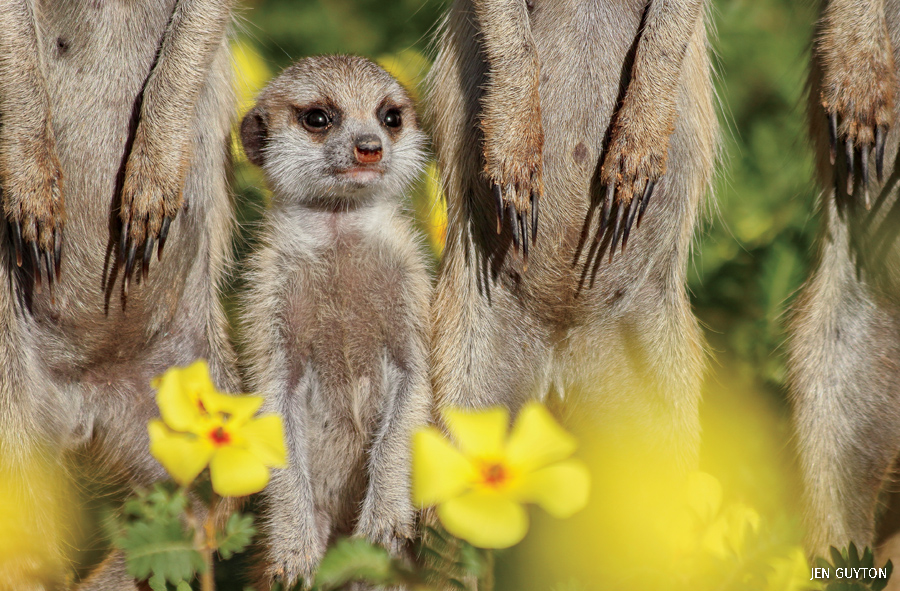 WHILE WARMING THEMSELVES in morning sun, a family of meerkats in South Africa stands to scan for predators before heading out to hunt for food. This is one of several habituated groups of meerkats researchers have been studying since the early 1990s as part of the Kalahari Meerkat Project, one of the longest-running studies of animal behavior and communication. 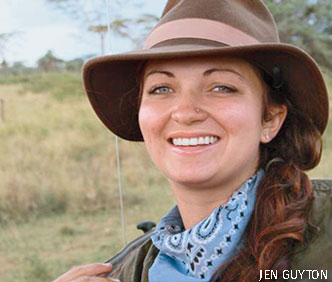 With a Ph.D. in ecology and evolutionary biology, photographer Jen Guyton spent a year documenting the animals, even lying down in this field of yellow Devil’s thorn to capture the clan at ground level. “These are highly social animals,” says Guyton, “and young ones imitate adult behavior”—learning, for example, how to safely eat one of their favorite foods: scorpions. Adult females pitch in to care for the group’s pups, so survival rates are high. And their complex language has “syntax,” says Guyton, with combinations of calls that signal whether a predator is near or far and either flying or creeping on the ground. “Because meerkats are such charismatic animals,” she adds, “they can be ambassadors for nature”—and for conservation.