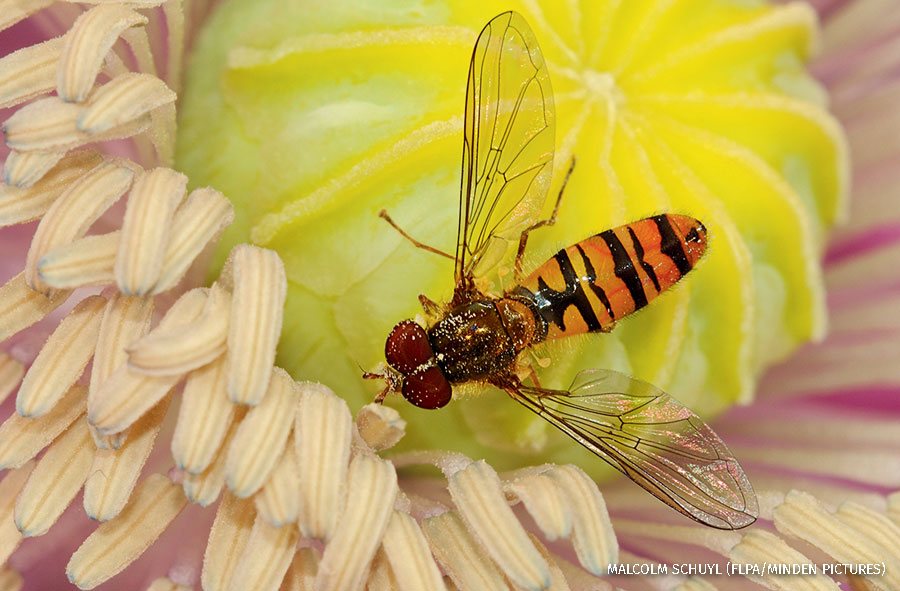 The benefits of 4 billion pollinators

Every year, as winter transitions into spring, swarms of insects begin flying to the United Kingdom from Europe. Now, for the first time, scientists at the University of Exeter have quantified the sheer scale of this migration and the benefits it provides farmers. Using a radar system that detects small insects flying at high altitudes, the researchers focused their studies primarily on two common hoverfly species, the marmalade hoverfly (above) and the vagrant hoverfly. Writing in Current Biology, they estimate that as many as 4 billion of these insects fly between continental Europe and Britain annually, producing larvae that consume up to 10 trillion plant-destroying aphids and pollinating billions of plants, including crops. The scientists calculate that the insects also are capable of shuttling billions of pollen grains back to Europe. “Hoverflies are generalists that feed on many kinds of pollen and on many aphid species,” says lead author Jason Chapman, noting that the flies’ numbers have remained steady since the study began a decade ago. “Considering that many beneficial insects are seriously declining,” he adds, “our results demonstrate that migrant hoverflies are key to maintaining essential ecosystem services. 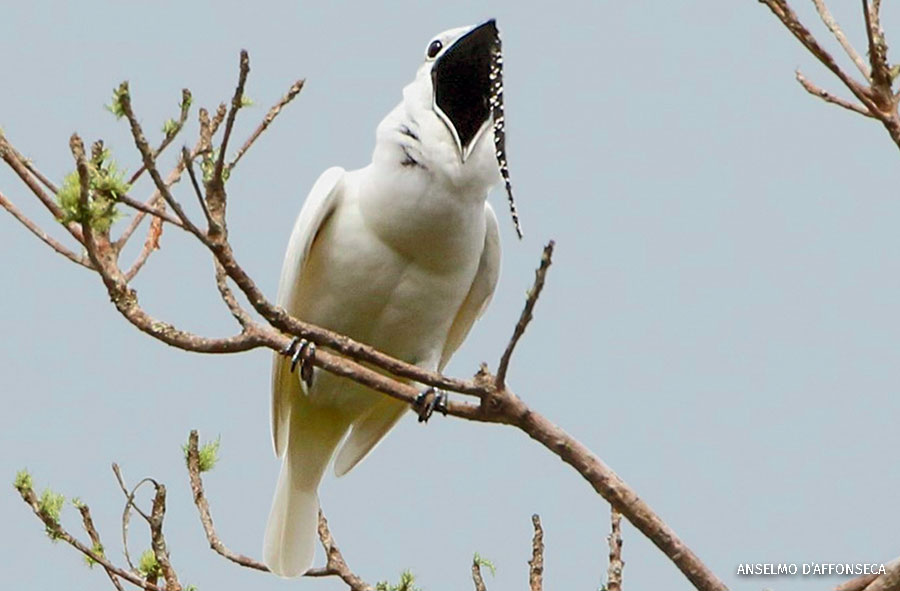 Listening in on the world’s loudest bird

A team of U.S. and Brazilian scientists report that they have recorded the loudest bird calls ever documented. The source: dove-size male white bellbirds (above) that sing during mating rituals in the northern Amazon. The birds’ calls reach volumes as high as 125 decibels, louder than a jackhammer. Reporting in Current Biology, the researchers note that they observed females closely approaching these males, which then swivel dramatically and blast the sounds directly at them. “We would love to know why females willingly stay so close to males as they sing so loudly,” says co-author Jeff Podos of the University of Massachusetts–Amherst. “Maybe they are trying to assess males up close, though at the risk of some damage to their hearing systems.” In previous work, co-author Mario Cohn-Haft of Brazil’s Instituto Nacional de Pesquisas da Amazônia found that bellbirds have unusually thick ribs and abdominal muscles, most likely tied to their loud calls. 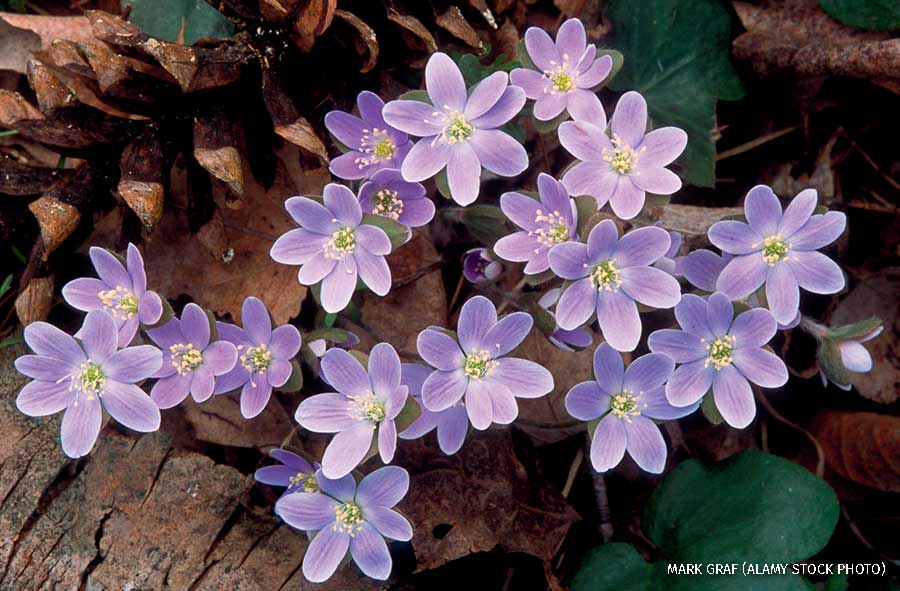 Pennsylvania State University scientists have discovered that removing invasive shrubs to restore native-forest habitat can yield surprisingly strong results. In their study, published in the journal Invasive Plant Science and Management, the researchers removed 18 invasive shrub species from five plots in a 42-acre mature, deciduous woodland on the university’s campus. Seven years after the removal, native plants, including hepatica (above), had regenerated and filled in the gaps on their own. The researchers also found a significant increase in species abundance and diversity among both native understory plants and small trees.

“Natural regeneration in the areas where invasive shrubs had been removed actually exceeded the growth of native cover in unmanaged forest control plots, even those where no invasive shrubs were found,” says Penn State ecologist Erynn Maynard-Bean. The results, the scientists write, “suggest that invasive-shrub removal can make sense, even when active steps to restore the native-plant community aren’t possible.” The research is significant at a time when eastern deciduous forests are becoming increasingly fragmented due to urban and suburban expansion, which enables invasive plants to easily move into associated edges and open spaces.