How urban centers across the globe help boost biodiversity 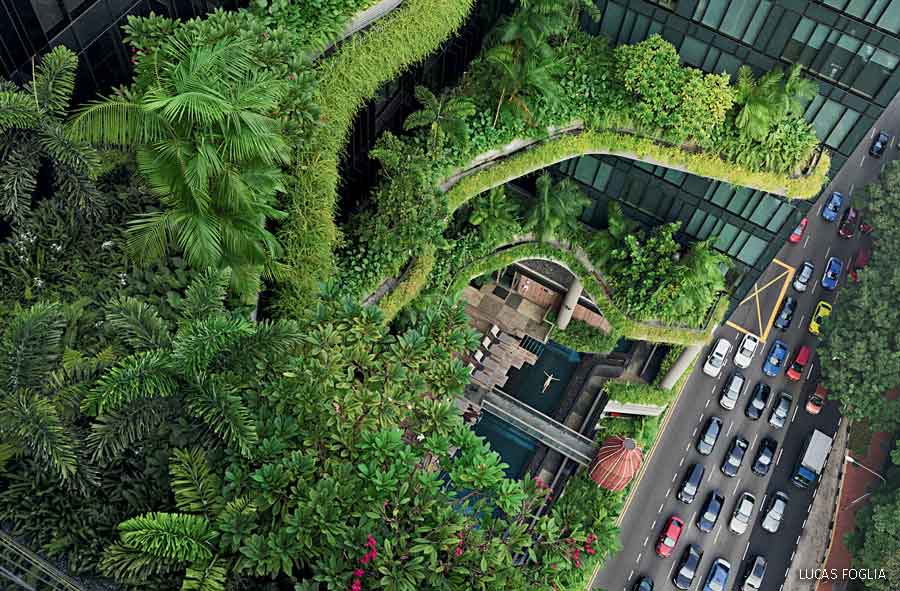 In Singapore, lush vegetation on a posh hotel signals the city’s pledge to go green. The oriental pied hornbill (below) now thrives thanks to city efforts to save wildlife.

THREE SPECIES OF HORNBILLS once lived in Singapore, but by the early part of the 20th century, these striking birds were gone, wiped out by habitat loss and poaching. Today, however, oriental pied hornbills have returned to this island city-state of nearly 5.7 million people—and the birds are thriving, thanks in part to an artificial nest-box program. It’s one of many projects in Singapore and other cities around the world designed to boost biodiversity. 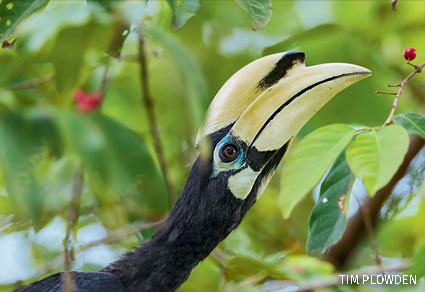 “Wildlife conservation in cities and suburbs is critical,” says Patrick Fitzgerald, the National Wildlife Federation’s senior director of community wildlife. This is especially true in light of a 2019 United Nations report, which estimated that as many as 1 million plant and animal species are now at risk of extinction.

Many cities are crucial stopover sites for migratory birds, while others are located in biodiversity hotspots. Mexico City, for example, still harbors about 2 percent of the world’s species within its vast municipal limits. Other sprawling hotspots include Cape Town, South Africa; La Paz, Bolivia; Mumbai, India; and Iquitos, Peru.

Singapore is near the top of this list. In addition to hornbills, nearly 400 other species of birds inhabit this Southeast Asian island, including crimson sunbirds, orange-bellied flowerpeckers and Asian fairy-bluebirds. Smooth-coated otters, Indo-Pacific bottlenose dolphins and estuarine crocodiles are just a few of the animals plying its waters. 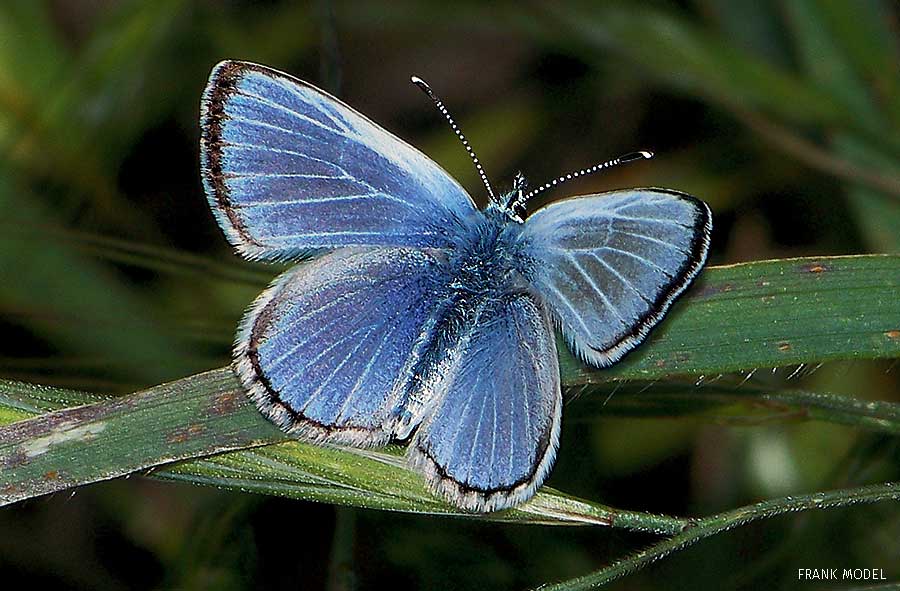 The endangered Palos Verdes blue butterfly is benefiting from efforts in LA County to protect the area’s biodiversity.

Los Angeles, California, is another biodiversity hotspot, and it’s now taking significant steps to conserve its animals and plants. This urban giant, perhaps better known for freeways than wildlife, hosts mountain lions in its hills, western snowy plovers on its beaches and endangered Palos Verdes blue butterflies in nearby coastal sage scrub. In May 2017, the LA City Council passed a resolution to protect and enhance this biodiversity. “Our goal is to have no net loss by 2035,” says Mas Dojiri, assistant general manager and chief scientist for LA Sanitation and Environment, which is spearheading the city’s program.

One of its first steps is to better document LA’s existing plants and animals. To do this, Dojiri is enlisting the help of people throughout the city and engaging in a pilot project with the Greater Wilshire Neighborhood Council, a community of 56,000 people. “We are training our residents to conduct BioBlitzes and use the iNaturalist app,” says Julie Stromberg, who heads the council’s sustainability committee. BioBlitzes are short, intensive surveys that attempt to catalog all species in a given area, while the iNaturalist app is an online citizen-science tool that maps and shares nature observations. “So far, 200 people in our neighborhood have contributed information,” says Stromberg. “Our goal is to have at least 1,000 people participating.”

The Wilshire neighborhood is also in the process of becoming an NWF-certified Community Wildlife Habitat™. This program, which began in 1997, was one of the earliest efforts in the United States to promote biodiversity in urban areas. There are now more than 235 certified communities across the country, including Houston, Texas; Charlotte, North Carolina; and Seattle, Washington. 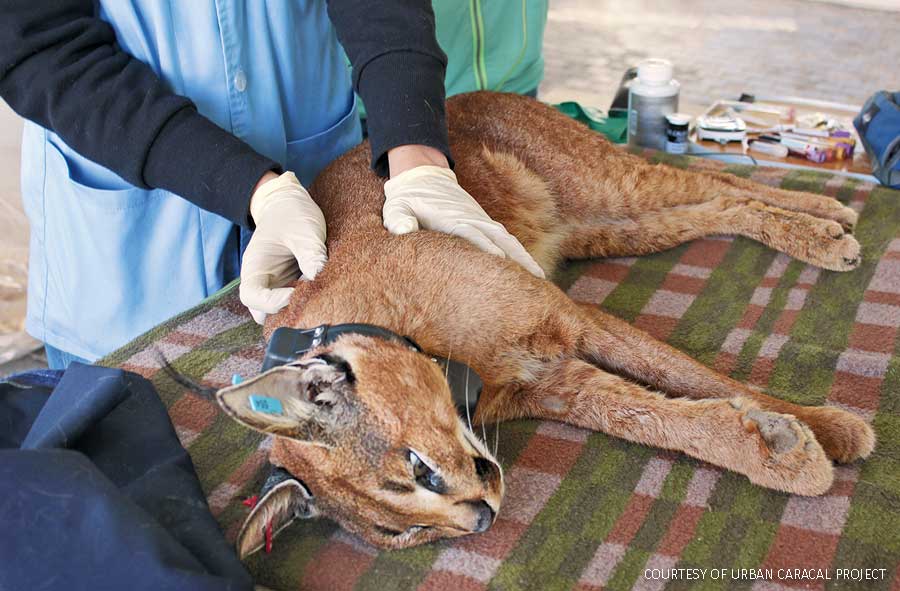 In Cape Town, South Africa, the Urban Caracal Project traps, tags and tracks these wild cats to save the species and spark citizen concern for nature.

Continents away, Cape Town, South Africa, is working to safeguard its unique status as one of the world’s most biologically diverse cities. Clifford Dorse, Cape Town’s coordinator for conservation services, notes that one-sixth of South Africa’s flowering plants grow within metro limits. Of these, 190 are endemic, existing nowhere else on Earth. More than 80 species of mammals also inhabit Cape Town, including steenbok, Cape grysbok and other antelope as well as leopard and caracal, a charismatic wild cat. Many types of rare birds, reptiles, amphibians and invertebrates also dwell within city limits.

In the 2019 City Nature Challenge, an international competition among cities to log the most species, Cape Town’s citizens tallied 4,588 plants and animals, giving it a sizeable win over its nearest competitor, La Paz, Bolivia. “Cape Town’s challenge,” says Dorse, “is to conserve, manage and restore this natural heritage.”

One of the city’s flagship animals is the endangered western leopard toad. During the past decade, its numbers began to increase after the Skilpadsvlei wetland was restored. Though described in 1915 as “a paradise for wild birds, terrapins and frogs,” the wetland was, over time, drained and filled, and its wildlife disappeared. Finally, in 2012, the Cape Town government began to bring back this lost treasure. Today, the western leopard toad is again breeding at Skilpadsvlei, which is also home to dragonflies, ducks and other aquatic animals. Such projects around the world are ensuring that cities will continue to play a major role in the effort to preserve global biodiversity.

Doreen Cubie is a frequent contributor to National Wildlife magazine.