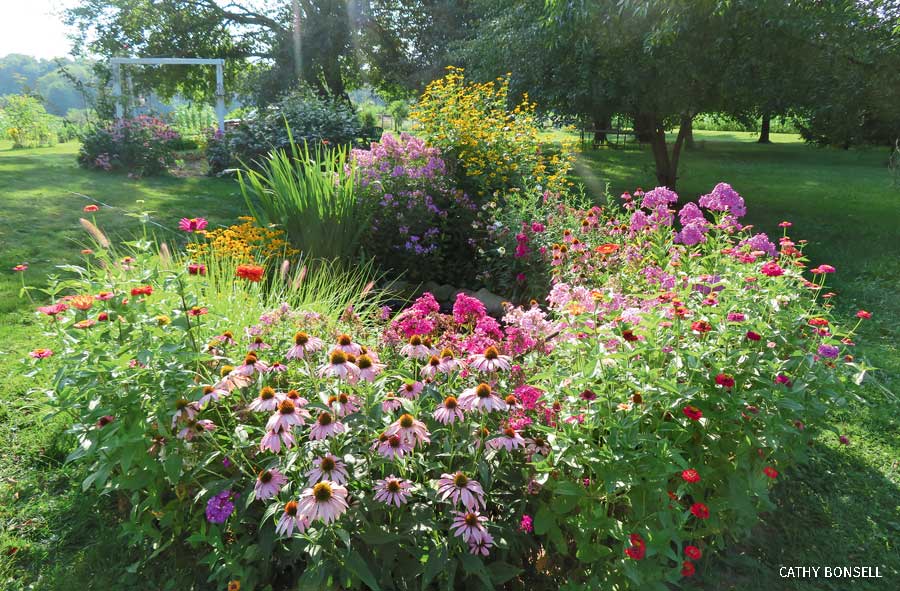 Not all native plants are created equal. Certainly all can benefit native wildlife by providing nectar, pollen or other foods. But after reviewing decades of research, entomologists have determined that a small percentage of native plants provide the majority of food for bees and for moth and butterfly larvae. Their research review revealed that just 5 percent of native plant species yield about 75 percent of the food that fuels these food webs. These extra-helpful plants, which function as a type of “keystone species,” include oaks, willows, sunflowers and coneflowers. 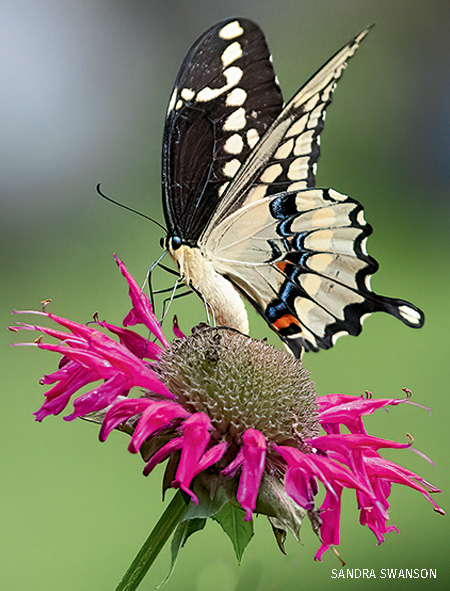 To help gardeners maximize their benefit to wildlife, the National Wildlife Federation’s Garden for Wildlife™ (GFW) program will be compiling lists of such keystone plant species native to specific regions of the country. These lists will include plants for butterflies (such as swallowtails, pictured), moths and pollen-specialist bees, such as the agile long-horned bee, which make up about 30 percent of the more than 4,000 bee species native to North America.

The lists will bolster GFW efforts to help gardeners select beneficial plants that are native to where they live and encourage the native-plant industry to make these plants widely available to consumers. The ultimate goal is to encourage people to incorporate a diverse selection of keystone plant species in their gardens (such as the Ohio pollinator garden, top), supporting declining insects and, ultimately, birds. “If we don’t use these plants, we’re going to lose the battle to save biodiversity,” says University of Delaware lepidoptera keystone plant researcher Doug Tallamy, whose team’s research is the basis for NWF’s online Native Plant Finder. “This is a global issue with a grassroots solution. Everybody who can manipulate a piece of earth should do it.” 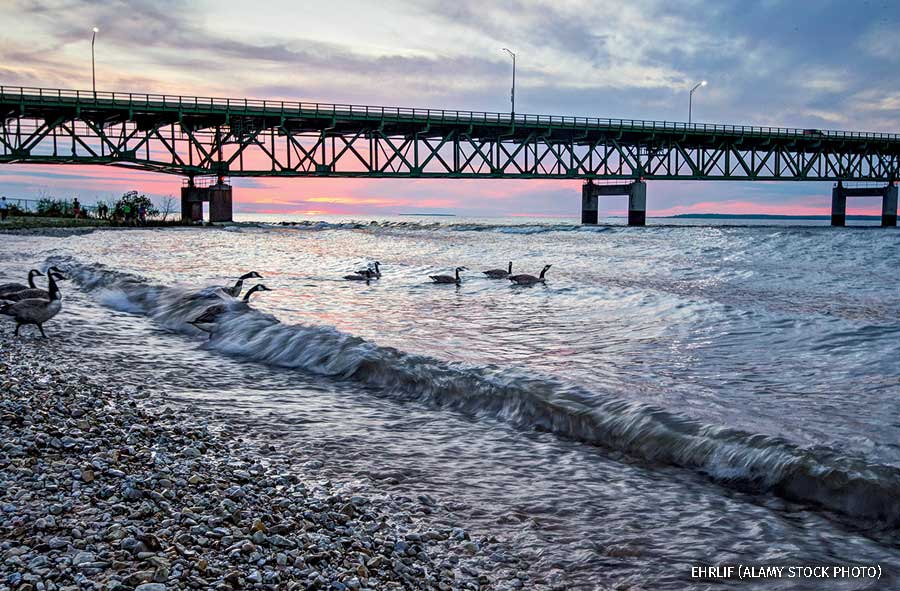 Major Win for the Great Lakes

An environmental threat is scheduled to end at long last

A “ticking time bomb” threatening wildlife in the Great Lakes is slated to be defused. In November, Michigan Gov. Gretchen Whitmer ordered the shutdown of Line 5—an oil pipeline that runs under the Straits of Mackinac (above)—by May 12. Connecting Michigan’s Lower and Upper Peninsulas, the straits have been described by scientists as “the worst possible place for an oil spill in the Great Lakes”—making its closure a major win.

Constructed in 1953, the pipeline carries more than 22 million gallons of oil and liquified natural gas from Wisconsin to Canada every day. But it’s at risk of a spill due to its age, damage from multiple anchor strikes and other factors. For years, NWF has publicly advocated for its closure, released reports about the threat it poses and even organized a dive to survey the pipeline’s condition. “Seven hundred miles of Great Lakes shoreline, northern Michigan’s regional tourism economy, 60,000 acres of critical wildlife habitat and irreplaceable tribal and cultural resources are at risk from a rupture from this poorly built and poorly managed pipeline,” says Mike Shriberg, NWF’s Great Lakes regional executive director.

Gov. Whitmer revoked the easement granted to the line’s owner, Enbridge Energy, after an assessment by the state’s Department of Natural Resources revealed multiple easement violations, including failing to secure proper insurance in the event of a spill. Enbridge has filed a legal challenge to the governor’s order, but she and the attorney general remain committed to the May 12 deadline. 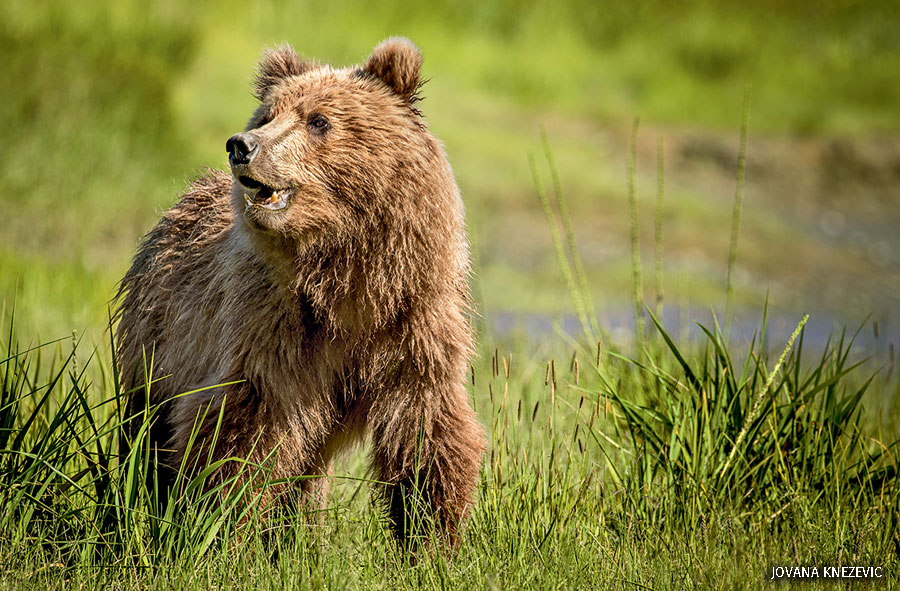 National Wildlife Week, a celebration of the beauty and diversity of America’s wildlife, runs from April 5-9 this year, with a focus on virtual engagement. Started in 1938, this event allows people across the country to engage in conservation and learn about what they can do to protect precious species, including birds, insects, amphibians and mammals such as brown bears (above).

Though the week has typically involved in-person talks and demonstrations, the 2021 event will offer virtual activities due to the pandemic. To celebrate National Wildlife Week, NWF Naturalist David Mizejewski will participate in a radio tour, sharing insights about wildlife, the conservation movement and the importance of spending time in nature—especially during a pandemic. Throughout the week, there will also be several interactive virtual activities focused on fun and education. 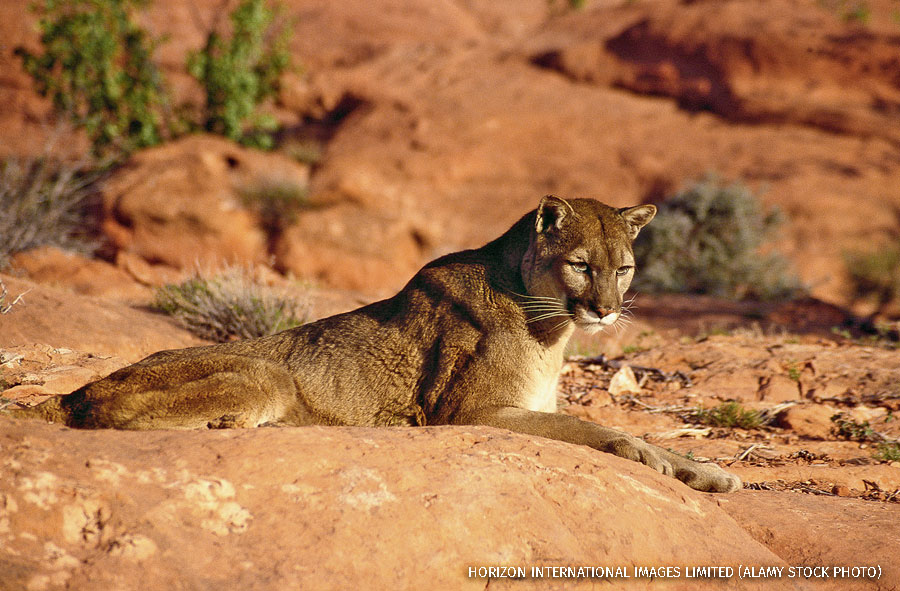 Renewed hope for wildlife in Utah

A conservation force for decades, UWF went dormant before being relaunched in 2020 with a renewed commitment to protect wildlife in the state. After the relaunch, UWF hired a wildlife connectivity coordinator to facilitate a working group of about 30 organizations and state agencies representing varied interests such as recreation, conservation and agriculture. Though some stakeholders have competing needs, the group’s unified goal is to find solutions to increase habitat connectivity for migratory wildlife such as bighorn sheep (pictured). 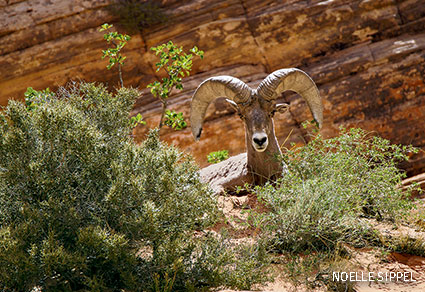 Having an NWF affiliate in Utah is particularly important as the state has so much to protect, including 22.9 million acres of public lands, five national parks—such as Zion and Capitol Reef—and wildlife such as cougars (top) and wolverines as well as 46 species listed under the Endangered Species Act. “We are proud to bring the Utah Wildlife Federation back into the state and the National Wildlife Federation fold,” says Brett Prettyman, chair of UWF. “We look forward to engaging in a wide variety of discussions and decision-making impacting wildlife.”

The Federation’s 85th Annual Meeting—called WildlifeUnite—will be held online June 8-12 and co-hosted by the Wisconsin Wildlife Federation. NWF members, affiliates and partners will discuss critical wildlife issues and how to save species and promote habitat conservation in today’s challenging world. NWF will also honor outstanding conservation leaders, including the Affiliate of the Year. Registration closes May 10.