Forests, grasslands, and other biodiverse ecosystems play a critical role in drawing carbon out of the atmosphere and storing it. While they do this naturally, efforts to restore and improve management of ecosystems can be designed to increase carbon storage. This is reflected in international efforts to address climate change, which are increasingly emphasizing the role of the land-sector in sequestering carbon. The Paris Agreement specifically calls out the land sector’s role in meeting the target of limiting global warming to no more than 1.5 C.

If poorly designed, efforts to sequester carbon in trees, plants, and soils could be detrimental to wildlife. That is why the National Wildlife Federation is taking a proactive role in architecting carbon-negative technologies and approaches that are compatible with biodiversity. If done thoughtfully, such efforts can harness the potential of the land sector to draw down carbon while simultaneously benefiting wildlife.

Could Planting Trees for Carbon Be Bad for Wildlife?

The Danger of Unintended Consequences

The last time a renewable energy project clashed with biodiversity interests, things got ugly. In 2011 a California utility-scale solar project encroached on habitat of the desert tortoise—an endangered species. The project stalled, causing concern for renewable energy advocates: was one environmental policy, the Endangered Species Act, going to hinder another, the efforts to deploy renewable energy?

Learning from this mishap, there is another issue that could invoke the same wildlife and climate policy collision: planting trees.

How Does Planting Trees Interfere with Wildlife Habitat?

This topic has garnered interest as efforts to reduce atmospheric greenhouse gas levels have increasingly looked to increase the carbon stored by forests and trees. However, if done improperly, this effort could actually hinder, not help, wildlife. These are the key ways that the land-carbon-wildlife interface could go awry.

Establishing Monocultures: In a future with carbon markets and climate policies, landowners could be financially rewarded for carbon storage. Without policy safeguards for biodiversity, there would be a strong incentive to establish rapid-growing tree species to quickly draw carbon out of the atmosphere. This would likely take the form of tree plantations. Tree plantings that consist of the same species and age have little of the structural diversity of natural forests and limit the options that wildlife have for habitat. “Specialist” species that rely on specific habitat characteristics are particularly burdened by this forest design. 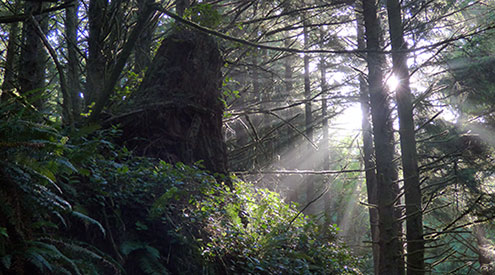 Shading out the Understory: Growing trees close together may maximize the density of the stored carbon. However, this can prevent light from reaching the plants below the trees. The “understory” often provides critical habitat. In certain pine forests, understory species are highly biodiverse, but rely on sufficient light reaching the forest floor to flourish.

Introducing Invasives: Selecting tree species that grow rapidly may introduce non-natives that replace native forest types and pose a high risk for invasion. Further, monocultures are more susceptible to disturbances by wildfire and pests, rendering these plantation forests vulnerable to rapid spread of insects and disease. When these tree stands die from infection, carbon pollution is released back into the atmosphere.

Conversion of Sensitive Ecosystems: Biodiverse land types—from grasslands to native forests—could be targeted for conversion to plantation style forests in order to maximize carbon storage. Our native US grasslands are declining even faster than tropical rainforests, putting pressure on a diversity of wildlife species, like grassland birds and most of the nation’s ducks. This decline is also driving a massive loss of carbon storage as grasslands are being converted to other land uses like agriculture. If carbon markets add a financial incentive to develop land-based carbon sinks without safeguards for native ecosystems, this could further motivate the conversion of rich ecosystems to non-native systems that provide lower quality habitat and diminish native biodiversity.

In the case of the solar farm and the California desert tortoise, the project’s conflict sent a strong signal. Sensible siting of energy projects is important. And a compromise was found. Industry and government broadened their consultative circle on the solar project to include wildlife experts. Thoughtful wildlife siting practices were applied, and the project moved forward. Wildlife and climate goals do not need to be at odds with each other. Applying the old adage not to throw the “biodiversity” baby out with the bathwater, well-informed projects to store carbon in trees can preserve, if not improve, biodiversity.

Sequestering Carbon in Trees: How to Harmonize Climate and Biodiversity

As climate change disrupts wildlife habitats and fuels natural disasters around the world, scientists have sought ways to use plant-life as a way to reduce greenhouse gases in the atmosphere. Planting trees on massive scales is hailed as one of the most promising “carbon-negative” techniques for pulling greenhouse gases out of the atmosphere. But this practice warrants careful scrutiny: using trees to sequester carbon without safeguarding wildlife and ecosystems could have unintentional consequences for wildlife and our planet.

As carbon-negative programs roll out this issue has become increasingly imperative. Australia’s Emissions Reduction Fund (ERF), for example, provides incentives for using forests to sequester carbon. This initiative has been pivotal for integrating the land sector’s role in the tool box for mitigating climate change. But the ERF has been critiqued for overlooking ecosystem co-benefits.

The global policy framework REDD+ (Reducing Emissions from Deforestation and forest Degradation) has encountered similar challenges. REDD+ is a vehicle for developed countries to finance forest conservation and regrowth in developing countries. While the focus has traditionally been on carbon emissions, the Convention on Biological Diversity and others have attempted to bridge carbon and biodiversity considerations in REDD+. However, REDD+ has been criticized for unspecific biodiversity goals that often lack coherence. This has compromised the program’s ability to achieve biodiversity benefits.

Fortunately, there has been a recent proliferation of information on optimizing forest carbon projects for both climate and biodiversity objectives. The following considerations should be incorporated into tree-based carbon negative projects. 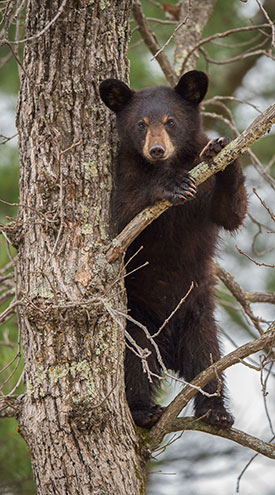 The management of carbon and biodiversity must be co-objectives. Otherwise, as carbon markets develop, they could pose a risk to other ecosystem services. Practitioners can work proactively to simultaneously reduce emissions and protect wildlife.