With vibrant orange-and-black wings that streak across the sky, the monarch butterfly is one of North America’s most iconic species. The impressive monarch makes a multi-generational 3,000-mile migration, traveling south to Mexico each fall and back up to Canada in the spring. West of the Rockies, the western population migrates to central and southern California each fall.

But threatened with widespread habitat loss, increased use of pesticides, and climate change impacts, monarchs have suffered a population decline upward of 90 percent in recent decades. The monarch’s decline is an indicator of the habitat decline and stress that all pollinators are facing. For monarchs, the decline is inextricably linked to a decline in milkweed, the invertebrate’s only caterpillar host plant. Without milkweed, monarchs can’t complete their life cycle and populations plummet.

At Home and in Communities 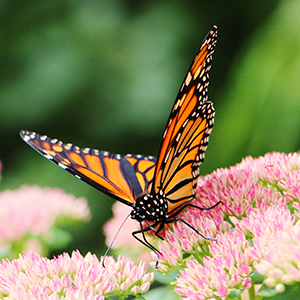 Providing the fundamental elements of wildlife habitat—food, water, cover, and places to raise young—is critical to restoring monarch butterfly habitat. By incorporating specific garden elements like native milkweed (for breeding) and other native wildflowers (for feeding), gardeners can create habitat just outside their doors. The National Wildlife Federation’s Garden for Wildlife program provides an opportunity for gardeners to earn recognition for their efforts in helping monarchs and other wildlife via the Certified Wildlife Habitat® designation, and to find the right milkweed host plants for monarchs by zipcode. Through a pledge process, the National Wildlife Federation’s Butterfly Heroes program also engages schools, scouts, nature centers, places of worship, and other community groups, along with families, in pledging to create habitat for monarchs.

The Schoolyard Habitats® program encourages students to create habitat for monarchs and other pollinators on their own school grounds. Using The Monarch Mission curriculum, students also learn about and improve habitat for monarchs by creating Monarch Recovery Gardens at their schools. These gardens provide a variety of field experiences for students and build community awareness about a national environmental issue while providing local solutions. In Texas, students and community members are empowered through Monarch Heroes—a K-12 environmental education and community outreach program—to create critical milkweed and nectar habitat for the monarch butterfly and to contribute, through citizen science, to ongoing monarch butterfly research.

Mayors and other local and tribal government chief executives are taking action to help save the monarch butterfly through the National Wildlife Federation’s Mayors' Monarch Pledge, a tri-national initiative with the U.S., Mexico, and Canada. With the Mayors' Monarch Pledge, communities commit to creating habitat for the monarch butterfly and other pollinators, and to educating citizens about how they can make a difference at home and in their community. To date 400 mayors—including those in Brooklyn, New York; Houston, Texas; St. Louis, Missouri; and Oakland, California—have made the pledge to take specific actions for monarchs. The Mid-America Monarch Conservation Strategy, which includes an “all hands on deck” approach, recommends creating urban monarch habitat and highlights the Mayors’ Monarch Pledge as one of the best ways to do this.

Across Highways and Large Landscapes 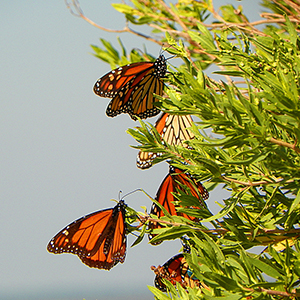 Many monarch butterflies make their migratory journey along the Central Flyway, a migration route that follows the path of the Great Plains from Texas and New Mexico up to Montana and North Dakota. The National Wildlife Federation has been working with the state departments of transportation from Texas to Minnesota along Interstate 35, which runs along the Central Flyway, to coordinate the Monarch Highway effort. Through this effort, state departments of transportation are promoting pollinator habitat in their rights of way by undertaking studies on the quality of habitat and presence of pollinators in their roadsides, updating signage, educating the public through rest area demonstration gardens, planting milkweed and wildflowers, and participating in their respective state pollinator conservation plans.

The National Wildlife Federation has worked for many years to advocate for public policy and federal legislation that improves protection for America’s remaining native grasslands. The National Wildlife Federation also hosts the biennial America’s Grasslands Conference, bringing together various stakeholders to discuss the status, trends, research, and policy of grasslands conservation. These important habitats provide the milkweed needed by monarch butterflies, as well as many other flowering plants that are important to pollinators. The National Wildlife Federation advocates before Congress in support of maintaining agriculture conservation programs and their funding in the conservation title of the Farm Bill, and further advocates that these programs do their best to accommodate native pollinators. 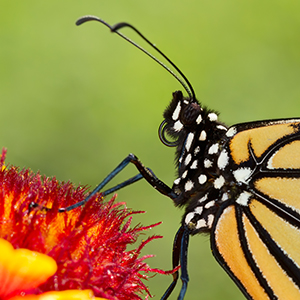 As part of an agreement with U.S. Fish and Wildlife Service, the National Wildlife Federation helped support and facilitate our state affiliates along the Central Migratory Flyway with the ability to host state Monarch Summits. Working in concert with state fish and wildlife agencies, these summits helped inform the Mid-America Monarch Conservation Strategy, a strategy that is critical to putting 1.3 billion milkweed stems in the ground and ultimately saving the monarch butterfly.

Certain states have hosted Monarch Summits to create an action plan and share resources for monarch conservation among state agencies, nonprofit organizations, businesses, and individuals. These states include: Illinois, Indiana, Kansas, Oklahoma, Michigan, Arkansas, Missouri, Texas, Kentucky, Ohio, Nebraska, and South Dakota. Other state affiliates have been working on the ground on monarch habitat, monitoring, and citizen science for decades. 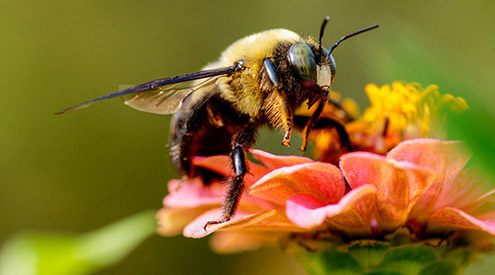 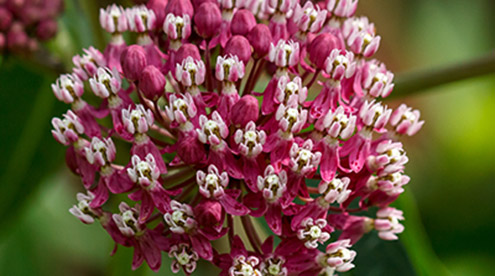 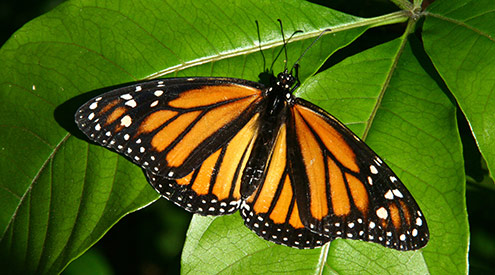