One-third of all U.S. wildlife species are already imperiled or are vulnerable—and nearly one million species worldwide are at risk of extinction.

If we are serious about saving thousands of at-risk species, we must invest in collaborative, on-the-ground solutions that match the magnitude of the wildlife crisis. The Recovering America’s Wildlife Act is the bipartisan solution we need.

Urge Congress to support this bill to save America's vulnerable wildlife.

Show your support for recovering America's wildlife as a business or conservation interest.

State fish and wildlife agencies have identified more than 12,000 species in need of proactive conservation efforts in the United States, including the more than 1,600 U.S. species already listed as threatened or endangered under the Endangered Species Act.

Unless our nation invests in proactive, on-the-ground, collaborative conservation, we risk losing thousands of species and our wildlife heritage to preventable challenges.

The Recovering America’s Wildlife Act will help at-risk wildlife before they need the more costly and restrictive “emergency room” measures required by the Endangered Species Act, while also helping recover those species already listed as threatened or endangered. The current levels of funding are less than 5 percent of what is necessary.

The rapid decline of so many species of wildlife and the habitats they depend on threatens Americans’ quality of life, and our outdoor recreation economy, which contributes $887 billion to our national economy annually, creates 7.6 million direct jobs, and generates $124.5 billion in federal, state, and local tax revenue, according to the Outdoor Industry Association. It is critical that we come up with a solution that matches the scope of the challenge.

Here are some details about the funds and how they will help wildlife and people:

For more information, visit the links below:

Each state’s fish and wildlife agency is responsible for collaboratively developing a State Wildlife Action Plan, which identifies imperiled species in the state and identifies specific actions that would assist with their protection and recovery. Currently these plans have identified more than 12,000 species in need of proactive conservation efforts.

How They Work: Every state has written a State Wildlife Action Plan, which acts like a blueprint for conservation. These Action Plans assess the health of wildlife and habitat in the state, so experts know which species are at risk, and outline steps needed to conserve the “species of greatest conservation need” before they become more rare and costly to protect.

The State and Wildlife Grants Program, initiated in 2000, is currently the main source of federal funding for states and territories as they implement these plans. These funds have begun to see some success recovering wildlife. However it is grossly inadequate, only providing $65 million for all 50 states and territories. The Recovering America’s Wildlife Act will significantly advance the implementation of these plans, enabling states to recover thousands of at-risk species. 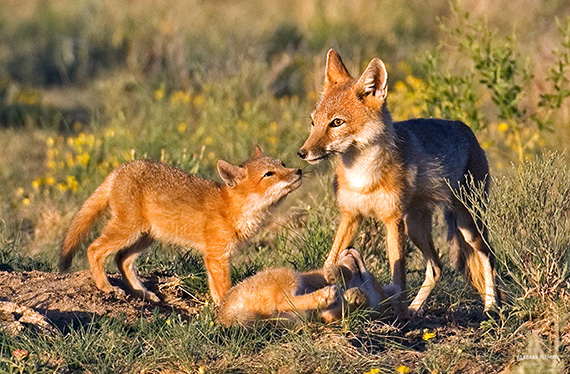 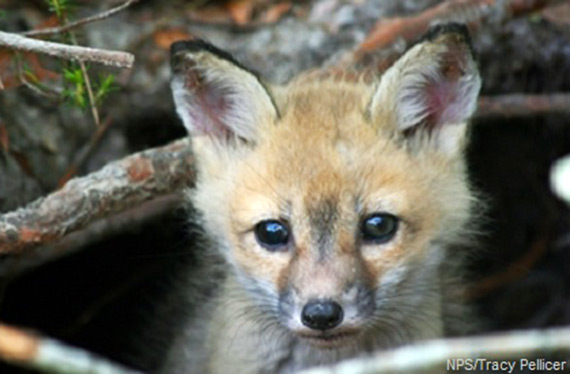 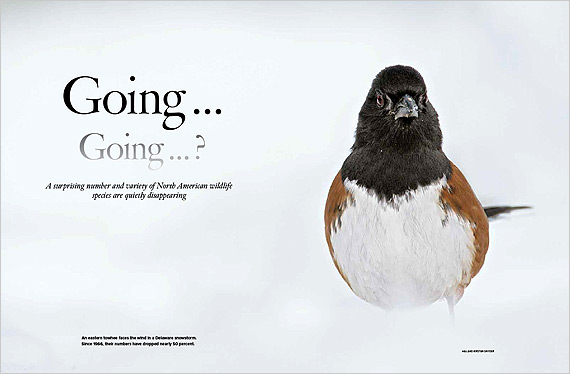 A surprising number and variety of North American wildlife species are quietly disappearing. 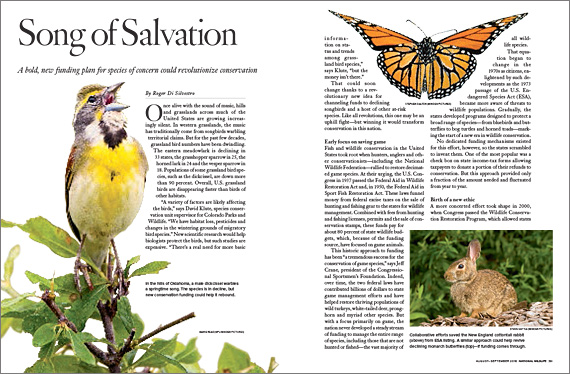 A bold, new initiative for species of concern could revolutionize conservation.