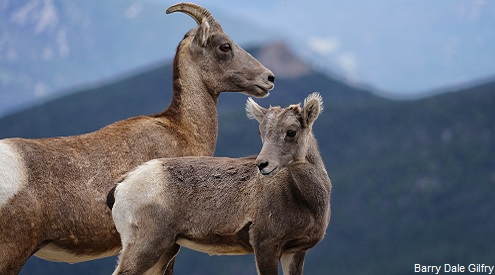 The bill passed the House on a bipartisan vote in June. The Senate bill now has more than 40 cosponsors overall, including 16 Republicans.

“Residents of Colorado can be proud that both our senators support this bold, bipartisan proposal to prevent extinctions from backyards to the backcountry,” said Suzanne O’Neill, executive director of the Colorado Wildlife Federation. “Supporting local conservation efforts is a commonsense, cost-effective way to protect wildlife and our way of life.”

The bipartisan bill would send approximately $26 million annually to Colorado for the implementation of the State Wildlife Action Plan, which outlines priorities for protecting threatened species and restoring critical habitats throughout the state for the 159 species of concern, including sage grouse and Gunnison sage grouse, greenback cutthroat trout, and black-footed ferrets.

"We are grateful that Senator Bennet has joined Senator Hickenlooper as a Recovering America's Wildlife Act cosponsor," said Heather Dugan, acting director of Colorado Parks and Wildlife. "RAWA would profoundly improve our ability to implement Colorado's State Wildlife Action Plan, as well as fund other much-needed species and habitat conservation efforts in the state."

Representatives Crow, DeGette, Neguse and Perlmutter are among the more than 230 representatives that voted to pass the Recovering America’s Wildlife Act through the House.

"The Colorado stamp of approval from both Senator Bennet and Senator Hickenlooper will be a key reason why this bill makes it to the president’s desk,” said Collin O’Mara, president and CEO of the National Wildlife Federation. “There's no such thing as a Republican bighorn sheep or a Democratic golden eagle and this bill shows that wildlife conservation can still bring Congress together, even in these divided times.”