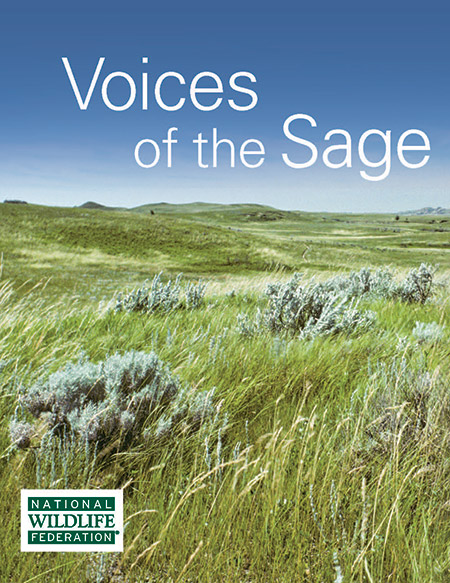 Westerners from the deserts of Nevada to the the high plains of Wyoming to the rugged mountains of Colorado know close-up the stark beauty of the sagebrush steppe, a landscape that casual observers might overlook on the way to alpine meadows or snowy peaks. A closer look, however, reveals a spectacular array of plants, wildlife, and geography. The diverse landscape ranging from grasslands to canyons, high plateaus, and mountains is home to elk, mule deer, pronghorns, bighorn sheep, pygmy rabbits, golden eagles - altogether, more than 350 species, including the greater sage-grouse.

This landscape, and the wildlife that call it home, have been struggling. Greater sage-grouse that once numbered in the millions across much of the West now total less than 500,000.

However, in 2015 the U.S. Fish and Wildlife Service was able to conclude that it was not necessary to add the greater sage-grouse to the Endangered Species List thanks to the efforts of stakeholders across the West who care about the bird and the sagebrush landscape. Conservation plans were undertaken by 10 Western states, as well as federal land managers like the Bureau of Land Management and the U.S. Forest Service. Private landowners also committed to take action to conserve the bird.

No one wants this conservation effort, one of the country's largest, to succeed more than the Westerners who live, work, hunt, fish, and recreate in the sagebrush steppe. The sportsmen and women, ranchers, and tribal members who call sagebrush country home say it's time to ensure the greater sage-grouse and its habitat survive and thrive, and that attempts to throw out the conservation plans and derail years of work are defeated.