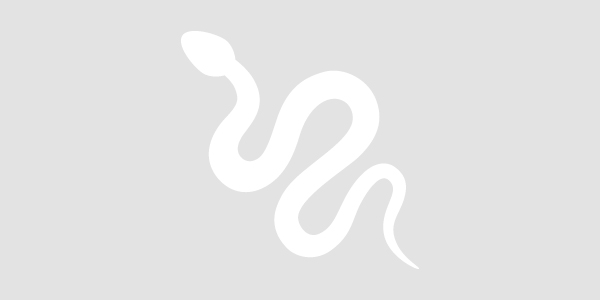 Rattlesnakes are highly specialized, venomous reptiles with large bodies and triangle-shaped heads. They are one of the most iconic groups of North American snakes due to the characteristic “rattle” found at the tip of the tail. The rattle is composed of a series of interlocking scales, which the snake adds to each time it molts. Muscle contractions cause the scales to click together, resulting in a rattling sound. A number of different rattlesnakes live in the United States, and they range in size from the one-foot (0.3-meter) ridge-nosed rattlesnake to the five-to-eight-foot (1.5-to-2.4-meter) eastern diamondback.

Rattlesnakes are found in almost every part of the continental United States, but they’re especially common in the Southwest. Mexico, Central America, and South America are also homes to rattlesnakes. They live in a variety of habitats, including forest, grasslands, scrub brush, swamps, and deserts, and they are also capable swimmers. Almost all reptiles, including rattlesnakes, are ectothermic (cold-blooded). Ectotherms cannot regulate their body temperatures like warm-blooded animals. Instead they rely on their surroundings to provide heat, which means they can’t be active in cold weather. To keep from freezing, rattlesnakes congregate in dens and form swarming balls with their bodies.

Rattlesnakes eat mostly rodents, but may also eat insects and other reptiles. Rattlesnakes are pit vipers, so they have heat-sensing organs located in pits near the eyes. These pits allow them “see” the heat signature of prey. Even in complete darkness, the snake will be able to accurately strike at prey because its meal is warmer than the surrounding environment. Rattlesnakes lie in wait for a small mammal to venture nearby, then strike the unsuspecting animal with its venomous fangs. This hunting technique is called ambush predation.

The rattlesnake knows when to lie low because it has specialized Jacobson’s organs, which gives it a heightened sense of smell to detect prey. These organs are located on the roof of the mouth—that’s why many people think snakes smell with their tongues. But actually, the snakes pick up scent particles on their tongue and deposit them on the Jacobson’s organs. A meal lasts a rattlesnake much longer than a human—an adult rattlesnake only needs to eat once every two weeks.

When rattlesnakes sense a threat, different species have developed various ways to protect themselves. Some have evolved camouflage coloration to blend in with their surroundings and others are good at silent escape. When a rattlesnake chooses to stand its ground, it takes a defensive pose and shakes its rattle to ward off predators. If startled, the snake may go straight to the attack, but they can only strike from a coiled position. Rattlesnakes do not seek people out—generally people who are bitten have had the misfortune of stumbling across a rattlesnake or have attempted to handle one.

Rattlesnakes are ovoviviparous, so they don’t lay eggs—instead the eggs are carried by the female for about three months, and then she gives birth to live young. A rattlesnake’s typical lifespan is 10 to 25 years.

Most species are stable, but one species and one subspecies are federally listed as threatened. Rattlesnakes are vulnerable to being killed by those who view them as dangerous pests rather than important predators. Snakes that imitate the rattlesnakes, like gopher snakes, are mistakenly killed when they are incorrectly identified as rattlesnakes.

Although rattlesnakes may seem scary to people, they play a very important role in their ecosystems by controlling small mammal populations.

California Department of Fish and Wildlife