A photographer sees New York City pigeons in a different light through a camera lens. 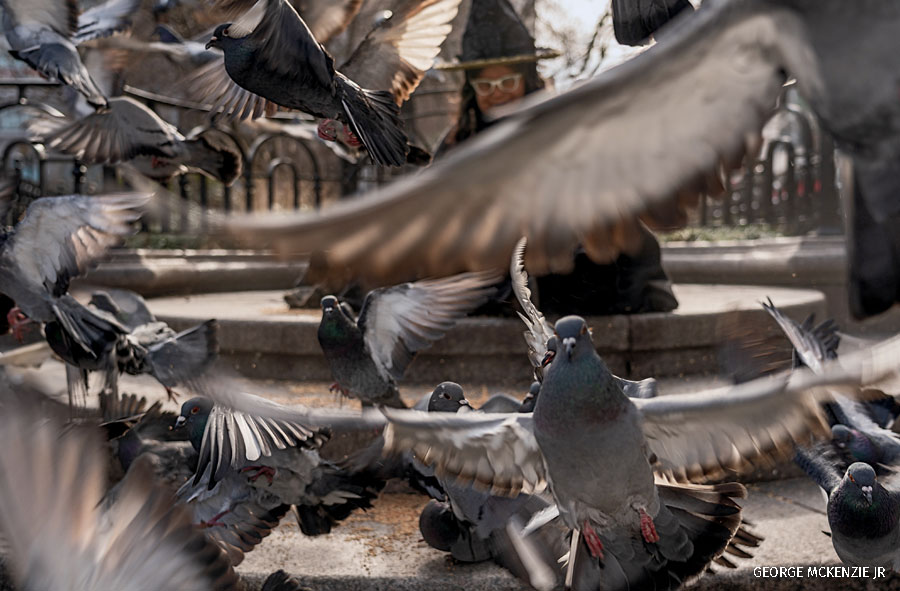 NEW YORK CITY'S UNION SQUARE PARK hums with the lively wingbeats of rock pigeons zooming in for handouts from a woman known as Mother Pigeon. “She feeds all the wild flocks in the city,” says photographer George McKenzie Jr., who met Mother Pigeon while doing a project on the human connection to the city’s ubiquitous birds. 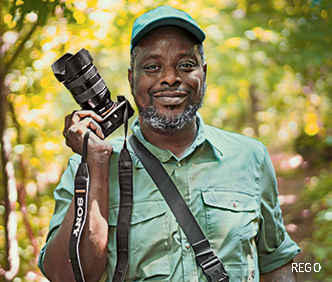 A native New Yorker, McKenzie admits he once saw pigeons as “rats with wings.” But through studying them, he came to admire their huge variety and street smarts. “They made me want to tell more stories about urban wildlife,” he says.

Telling visual stories has become a passion for McKenzie, who feels his perspective as a Black American can inspire others—especially, he says, “kids who look like me and come from the same environment.”

Wildlife photography “saved my life,” he adds. “Life to me just looks different through a viewfinder. It’s beautiful.” He now wants to use the power of his photography to promote conservation. “If you tell a good story with your lens, it can change the mind of just one person, and that can inspire a ripple effect.”