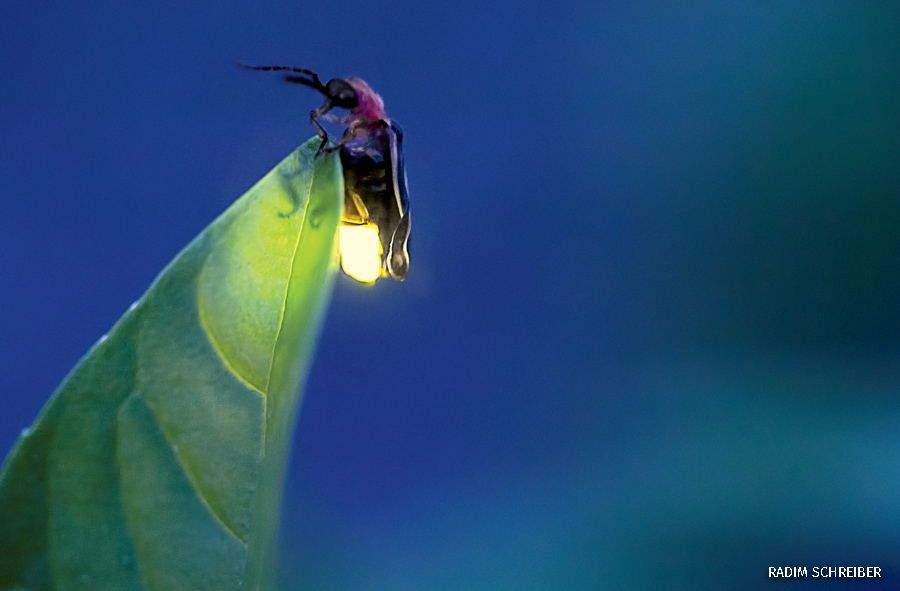 Shining a spotlight on fireflies

Investigating the status of some of this continent’s most-beloved insects, experts recently completed a landmark assessment of 128 of the 167 known species of firefly (above) native to the United States and Canada. The researchers—from the Xerces Society of Invertebrate Conservation, the ABQ BioPark and the IUCN Firefly Specialist Group—concluded in results released last spring that 11 percent of all assessed species are threatened with extinction and that insufficient data exist to evaluate the status of more than 50 percent.

Charismatic and poorly studied beetles known for their magical light display on warm summer nights, fireflies have appeared to be declining or disappearing from many places in recent years. Like other insects, they are threatened by pesticides, habitat loss and light pollution, which disrupts the flashes they use to communicate. The new assessment will help scientists develop strategies to better safeguard the insects. “While the number of data-deficient and threatened species is troubling, it is nonetheless encouraging that many of those we assessed are still thriving,” says Xerces biologist Candace Fallon. 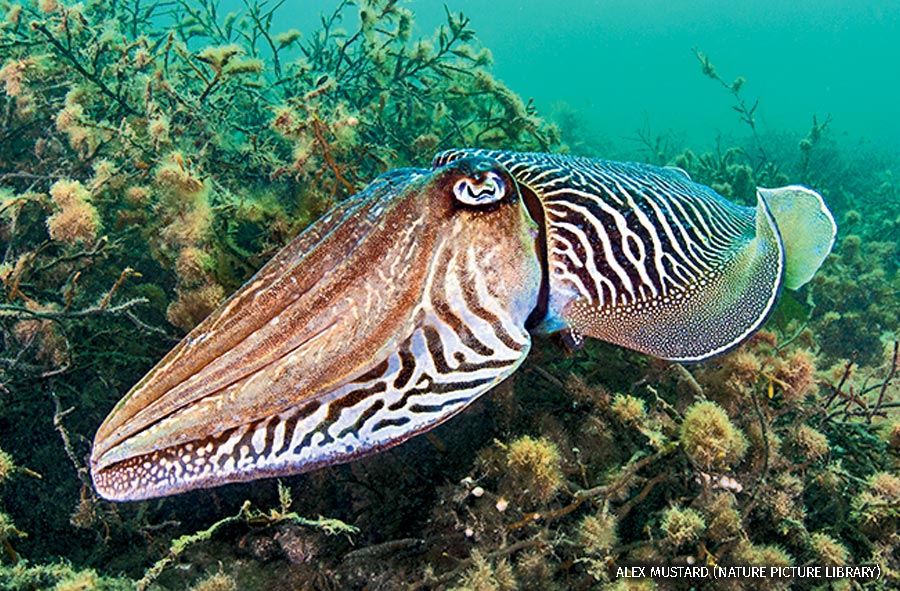 Can an invertebrate animal practice self-control? Researchers studying captive common cuttlefish (above) at the Marine Biological Laboratory in Massachusetts discovered that these invertebrates do indeed show self-control by waiting for more appealing food rather than eating the first prey offered. “It was quite astonishing that the cuttlefish could wait for over two minutes for a better snack,” says lead author Alexandra Schnell, a University of Cambridge behavioral ecologist. Such behavior is similar to what is found in large-brained vertebrates such as chimpanzees. Cuttlefish in the wild remain camouflaged and motionless for long periods to limit exposure to predators, dropping the camouflage only for brief feeding bouts. The scientists speculate that self-control may have evolved from a need to optimize these feeding forays. “Individuals that wait for better-quality prey could forage more efficiently” while limiting their risk, Schnell says. In the Proceedings of the Royal Society B, the researchers note that cuttlefish showing self-control also demonstrated better cognitive performance in a separate learning test—an indicator of intelligence. 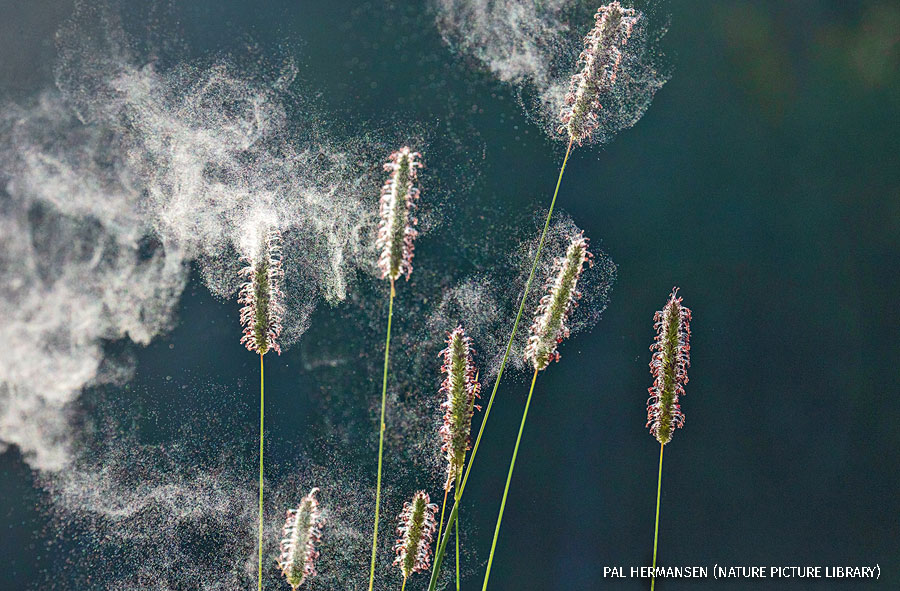 It’s not your imagination: Pollen seasons that plague so many hay fever sufferers have grown longer in recent decades—and climate change is at least partly to blame, concludes a recent study. To explore possible links between a warming climate and allergies, researchers examined pollen records from 60 U.S. and Canadian cities between 1990 and 2018. They found that allergy seasons now start 20 days earlier, last 10 days longer and include 21 percent more pollen than 31 years ago (timothy grass pollen, above). Published in the Proceedings of the National Academy of Sciences, the analysis provides the first documented connection between rising temperature and pollen levels on a continentwide scale. “The strong link between warmer weather and pollen seasons provides a crystal-clear example of how climate change is already affecting peoples’ health in the United States,” says lead author and University of Utah biologist William Anderegg. Pollen-related allergies are tied to respiratory health, viral infections and even school performance.

A Downward Spiral »
Fireflies: Bringing Back the Light »
Our Work: Confronting Climate Change »