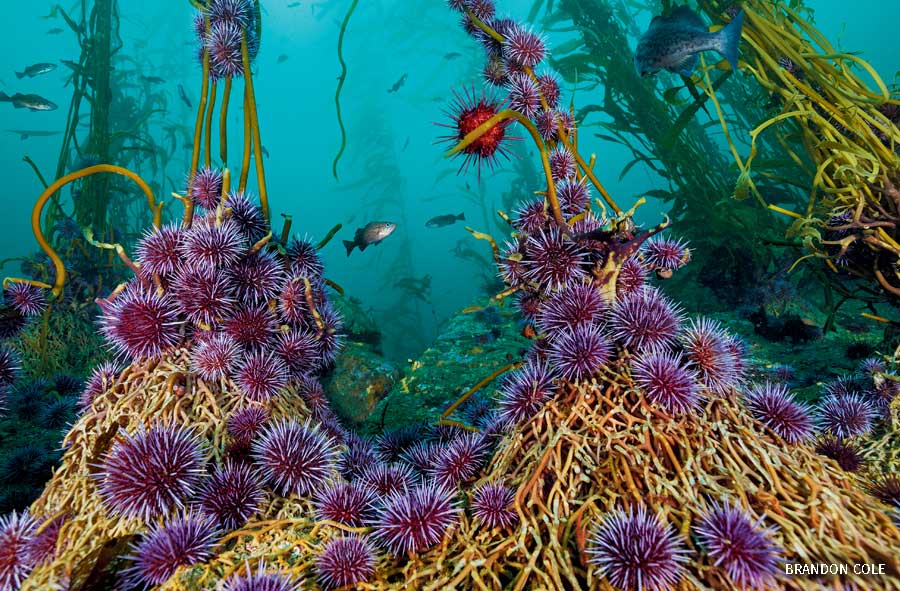 WHEN CORONAVIRUS SHUTDOWNS SCUTTLED international travel for underwater photographer Brandon Cole, he sought “aqua therapy” in what had once been familiar home turf: the giant kelp forests off the California coast. But what he found was stark and shocking. An explosion of purple sea urchins moved like a voracious “advancing army,” devouring once-lush stands of giant kelp in central California’s Monterey Bay (above). Urchins chomp the tangled holdfasts that anchor the kelp to rock and also eat kelp’s ropelike stalks and leafy blades. Farther north, along the coasts of Mendocino and Sonoma counties, Cole saw total devastation of kelp forests. “It was like an atomic wasteland,” he says. 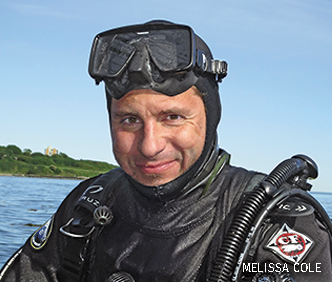 The urchin explosion began in 2013 as a wasting disease began killing sea stars such as the giant sunflower sea star, the main predator of urchins. Warming seas have also weakened kelp, speeding its decline. The loss of kelp—a vital food for abalone—has devastated the once-thriving abalone fishery (now closed) and hurt the snails, fish, crabs and other animals that feed on or hide in kelp. “I fear this enchantingly beautiful ecosystem is becoming a ghost town,” says Cole.