Plants can benefit from a head start without summer’s heat 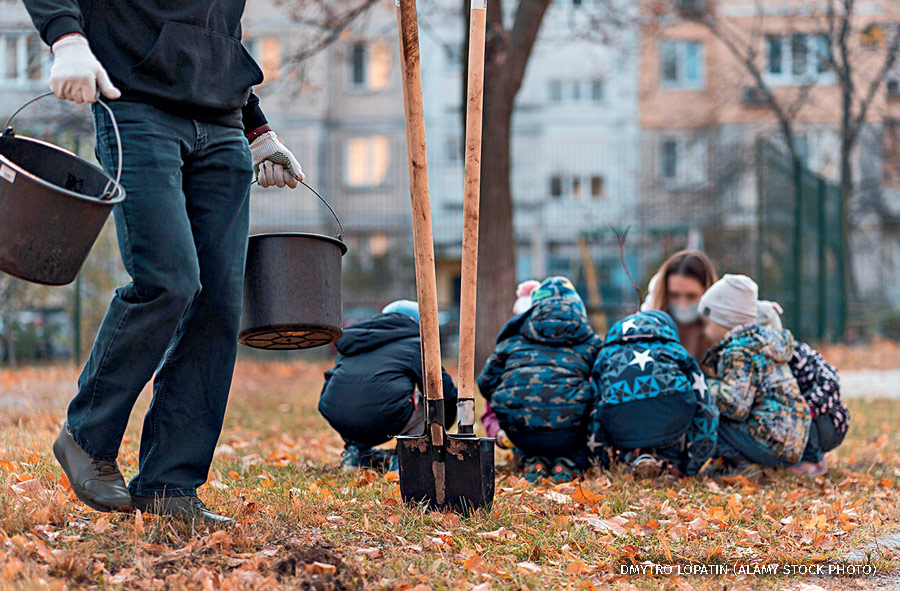 Planting trees (above) and perennials such as coneflower (below, with giant swallowtail) during fall lowers heat stress.

FOR MANY YEARS, I LIVED along the South Carolina coast, where summer temperatures regularly exceed 90 degrees F and sometimes rise into the 100s. In spite of this extreme heat—exacerbated by climate change—I’d see hordes of people dutifully file into nurseries and garden centers each spring to buy plants to put in their yards once the first warm day arrived. Yet many of those plants were doomed to suffer, perhaps perish, in the scorching heat soon to come.

Belying ingrained traditions, it turns out that in much of the country, “spring planting” might best be done in the fall—especially as our planet heats up. “Most people don’t think about planting in the fall,” says Nate Bernitz, public education manager for the University of New Hampshire Extension. Even in his state, where winters are brutally cold, autumn “can be the best time, particularly for hardy plants,” he says. 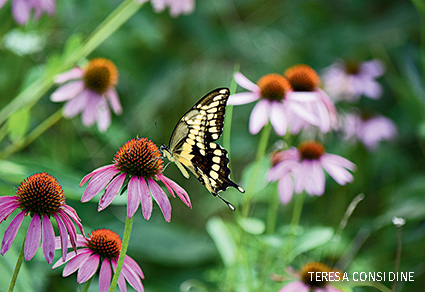 There are several advantages to planting many trees, shrubs and perennials in fall. They include:

• Better weather. “Since temperatures are cooler in fall, stress on the plants is reduced,” says Bernitz. For one thing, they lose less water through their leaves in fall than in summer.

• More precipitation. Fall and winter generally have more rain (as well as snow), which helps woody plants get established without much watering. But Weston Miller, an associate professor for the Oregon State University Extension Service, says fall plantings should still be watered once a week during dry spells.

• Optimal root growth. “When planted in the fall, shrubs and trees can establish a stronger root system,” says Miller, ensuring vigorous growth in the spring.

Bernitz cautions that not all plants do well in the fall, however. In New England, deciduous trees and shrubs—such as maples and forsythias—are more suitable than evergreens for autumn planting. And there are some parts of the country, particularly at high elevations, where spring planting is still best. Consult with your local university extension office or native plant nursery for specific guidance where you live.

Doreen Cubie is a regular contributor.