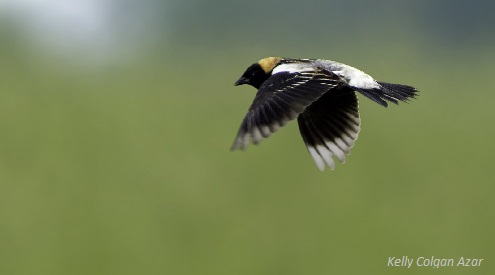 WASHINGTON, D.C. — The North American Grasslands Conservation Act will help farmers, ranchers, Tribal Nations, and others work to collaboratively address the immense challenges facing America’s grasslands and prairies — one of the fastest disappearing ecosystems in the world. The legislation, introduced by U.S. Senator Ron Wyden (D-Ore.), and co-sponsored by Sens. Michael Bennet (D-Colo.) and Amy Klobuchar (D-Minn.), will invest $290 million in voluntary initiatives to collaboratively conserve and restore native grasslands to support working ranch lands and to help recover wildlife like the Western meadowlark and monarch butterflies and safeguard this vital habitat for future generations.

“Grasslands are North America’s most imperiled ecosystem and without urgent, collaborative, conservation efforts, this essential habitat and the lives and livelihoods it supports are at risk. Just as we’ve restored millions of acres of wetlands through the North American Wetlands Conservation Act and the Duck Stamp, the North American Grasslands Act will mark a sea change in how we conserve, restore, and revitalize our prairies for ranchers, hunters, and wildlife alike,” said Collin O’Mara, president and CEO of the National Wildlife Federation. “Thank you to Senator Wyden for this legislation that brings long overdue and much needed resources to what remains of this great American landscape that holds such importance for the future of both ranchers and wildlife. Congress should take up this landmark bill as soon as possible.”

“Grasslands, from the prairies to the Pacific, provide essential habitat for wildlife, support the outdoor recreation economy, and protect clean drinking water and healthy aquatic ecosystems,” said Phoebe Stoner, a board member for the Association of Northwest Steelheaders. “Senator Wyden’s North American Grasslands Act will help strengthen this critical ecosystem and ensure it thrives for future generations of hunters, anglers, hikers, and fish and wildlife. The Senate should swiftly take up this legislation and secure America’s grasslands for the next generation of people and wildlife alike.”

“America’s grasslands, vast seas of green that seem to stretch out to the horizon, support the wildlife and habitat essential for game species and hunters alike. Minnesota’s grasslands, however, are shrinking every year as we lose acre after acre to land conversion and development," said Brad Gausman, executive director of the Minnesota Conservation Federation. "The North American Grasslands Conservation Act will help reverse this devastating trend by promoting voluntary partnerships to conserve and restore grasslands. This collaborative approach ensures that hunters, land owners, farmers, and ranchers alike can all work together to revive this endangered landscape.”

"We appreciate Senator Bennet's co-sponsorship of this essential bill to help farmers, ranchers, tribal nations, and others to work together to conserve and restore our rapidly declining native grasslands," said Suzanne O'Neil, executive director of the Colorado Wildlife Federation. "Numerous species of greatest conservation need in the Colorado Wildlife Action Plan depend upon our grasslands habitat for their survival. "

Grasslands and sagebrush shrub-steppe are some of the most threatened ecosystems in the world. More than 70 percent of America’s tallgrass, mixed grass, and shortgrass prairies have vanished. According to recent research, the United States lost 1.1 million acres of grasslands every year from 2008 through 2016. Additionally, on average, about 1.2 million acres of sagebrush burn each year due to invasive annual grasses that fuel catastrophic wildfires.

This habitat loss has caused total grassland bird populations to decline by more than 40 percent since 1966. Some species, such as the Western meadowlark, teeter at the edge of extinction. Species that had been economically significant throughout American history, like the bobwhite quail, have seen declines of nearly 85 percent in the last half-century.

Grasslands are a natural climate solution, and healthy working grasslands not only provide soil, water, and wildlife benefits, but they sequester a significant amount of carbon. Researchers have found that the loss of carbon when grasslands are converted to cropland is equivalent to the greenhouse gas emissions from around 27 million cars on the road every year.

The $290 million from the North American Grasslands Conservation Act would directly invest in voluntary grassland and sagebrush restoration and conservation projects, such as incentivizing prescribed burns, managing invasive species, grazing management training and grassland conservation easements. Additionally, the bill would provide at least $29 million in dedicated funding opportunities for tribal nations to engage in grasslands conservation and include tribal representation on the program’s governing council.

This legislation would create, for the first time, a North American Grasslands Conservation Strategy to identify key areas of grasslands at risk of degradation, establish goals for increasing grasslands acreage and develop baseline inventories of wildlife species throughout grasslands habitat.