Oh, What Tangled Webs They Weave 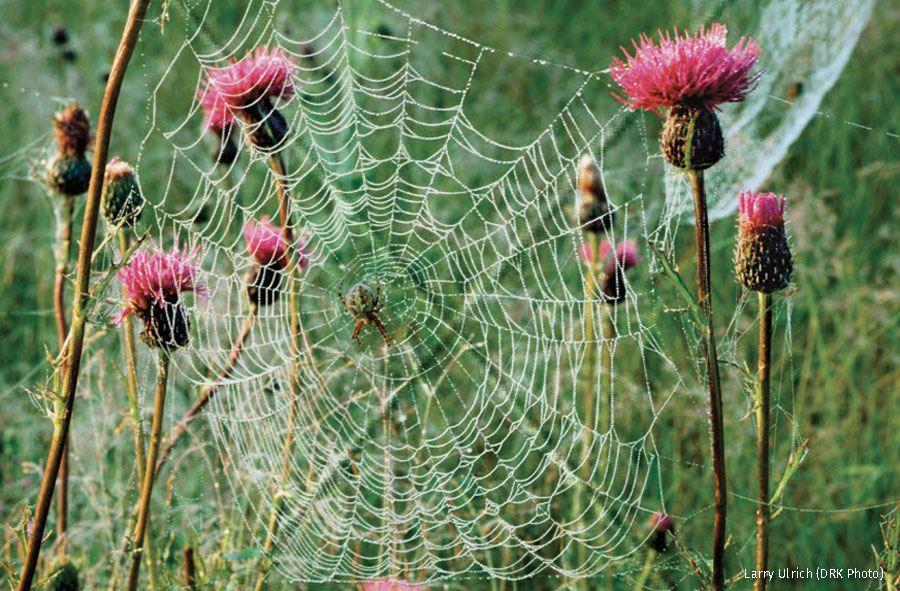 Webs of the world’s more than 40,000 spider species play a host of vital roles in the lives of their makers. Wildly diverse in pattern and purpose, the silky platforms net prey but also serve as stages for mating, molting and escaping predators. Some webs can secure egg sacs or even act as diving bells—storing air bubbles underwater so spiders can breathe.

Pound for pound, spider silk is stronger than steel and can go from stretchy to stiff depending on the force against it. Each web design suits a species’ habitat and prey. Scientists don’t agree on why webs evolved, says biologist Todd Blackledge of the University of Akron in Ohio, but we can all marvel at their diversity. Here’s a sampling:

Orb webs. These are made of at least four different types of silk—two sticky and two dry—each from a separate gland. One common orb weaver is the big black and yellow garden spider, known for decorating its web with stabilimenta—UV-light reflecting, non-sticky lines or spirals thought to camouflage spiders, confuse predators and deter birds from web-damaging collisions. Remarkably, “this spider recycles each evening,” Blackledge says, “breaking its web apart, balling it up and eating it, reusing the protein and the glue to build a new one the next morning.” 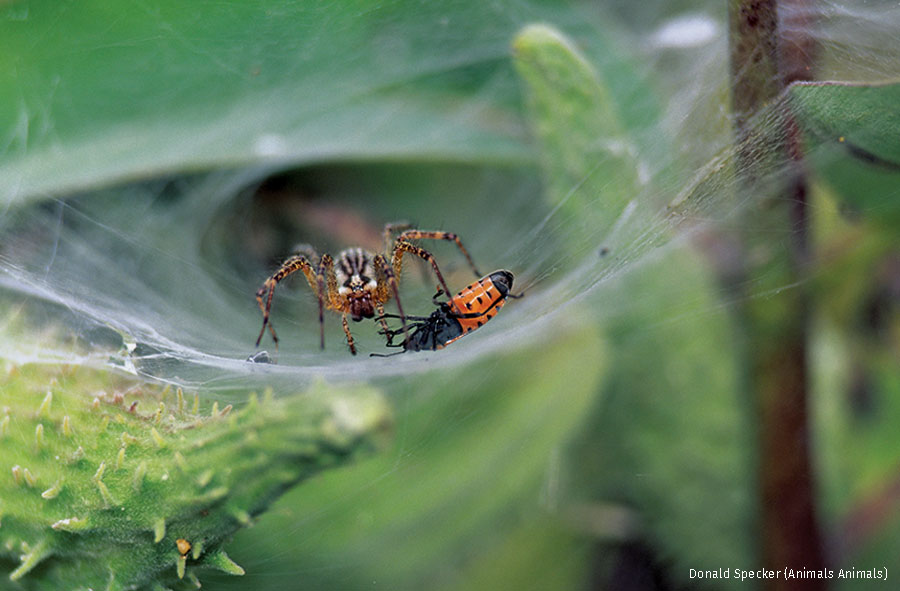 Funnel webs. Unlike quickly built, sticky orb webs, funnel webs look like sheets of fine brushed threads going in all directions and take a couple of days to create. Those of the grass spider feature a complex mass of dry silk that “causes insects to stumble around,” says Blackledge. The spiders have spines on their legs that prevent falls through the web and allow them to capture flailing prey, a deadly advantage. So is the spider’s incredible sensitivity to vibration, which all spiders rely on when waiting for a meal. 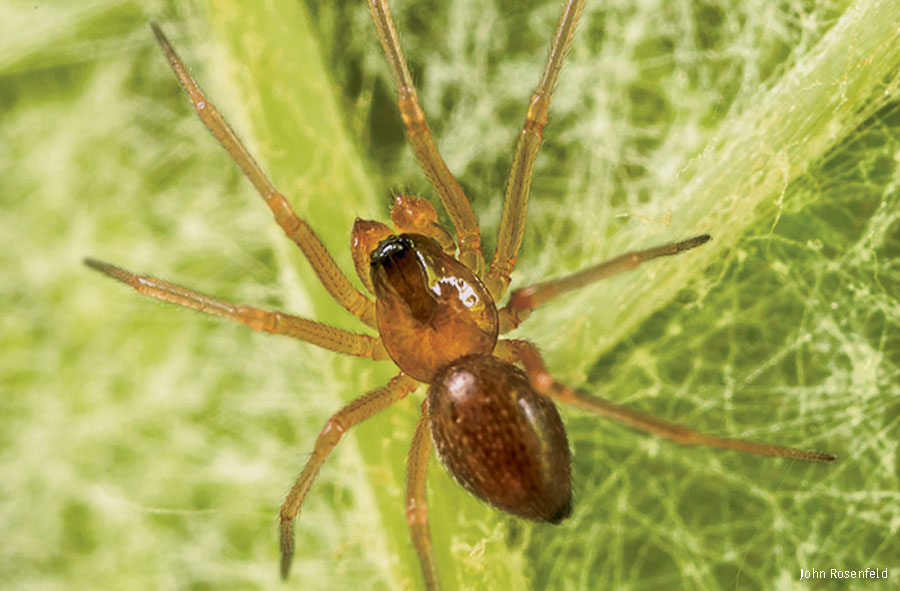 Sheet webs. Down in the nooks of plants and small soil depressions, spiders of the subfamily Erigoninae build tiny sheets with extremely thin silk. “They would be easily overlooked by the average gardener except when their webs are covered with dew,” Blackledge says. But the spider’s abundance in leaf litter, maneuvering in the dirt and eating small insects, makes these spiders very important to soil ecology—and a boon to backyard gardeners.

Jennifer S. Holland is author of Unlikely Friendships and other books about animal relationships.