NWF and its affiliates are taming the next tempest, keeping Hawai’i's reef fish safe, returning 1.1 million acres to wildlife and more 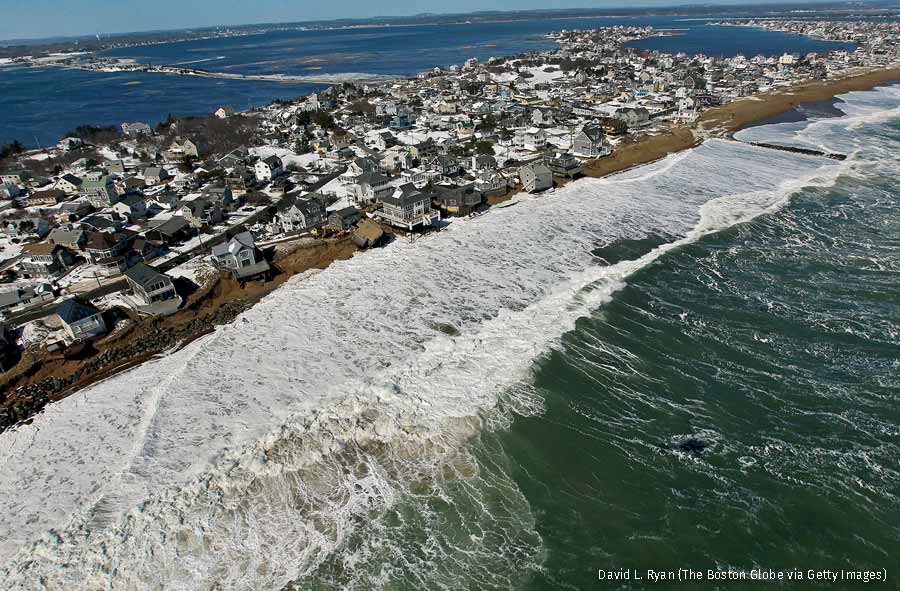 Taming The Next Tempest

During the past three years, the National Wildlife Federation, affiliate New Jersey Audubon (NJA) and many other partners crafted and employed nature-based strategies to help protect many East Coast communities against “the devastating impacts of the storms that inevitably will come,” says Chris Hilke, NWF senior manager for Wildlife Conservation and Adaptation.

With Hurricane Sandy grants from the National Fish and Wildlife Foundation, NWF and other partners worked with six towns in Massachusetts’ Great Marsh to develop a regional climate change adaptation plan as well as a plan for each community. These were completed this past fall. They also restored hundreds of acres of coastal habitat, which included replenishing 20 acres of dunes devoured by winter storm surges (such as on Massachusetts’ Plum Island, above) and removing soil-weakening invasive plants from more than 100 acres of marsh.

NJA, NWF and partners also surveyed 45 impoundments from Maine to Virginia and are determining which are critical to preserve as storm buffers for communities and as rest and feeding areas for migratory birds.

Collaborating with NJA, the New Jersey Department of Environmental Protection and other partners, NWF also published a guide in July that outlines ecological approaches New Jersey communities can use to combat coastal hazards such as erosion and flooding. As part of this effort, NJA created a coastal resilience curriculum for New Jersey high schools. 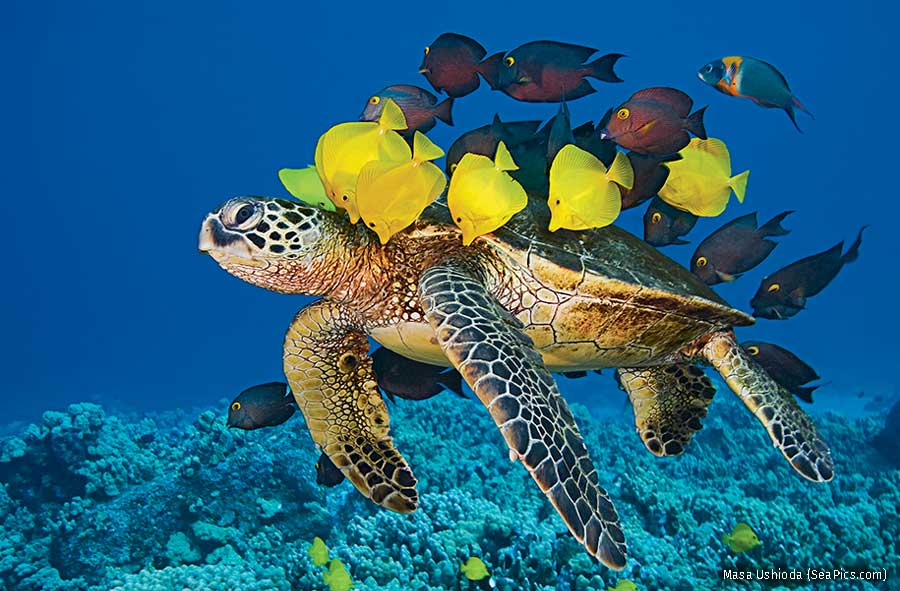 In September, the Hawai‘i Supreme Court ruled that commercial aquarists cannot remove or sell reef fish and other wildlife without their permits undergoing environmental review. NWF affiliate Conservation Council for Hawai‘i (CCH) and other plaintiffs represented by Earthjustice filed a lawsuit in 2012 against the state’s Department of Land and Natural Resources for failing to comply with Hawai‘i’s Environmental Policy Act, which requires the permits to be assessed for environmental impact. The dozens of permits issued annually allow unlimited collection of fish, including yellow tang that clean algae from sea turtles (above). CCH Executive Director Marjorie Ziegler says, “Keeping marine life in its natural habitat helps coral reef ecosystems build resilience to climate change.” 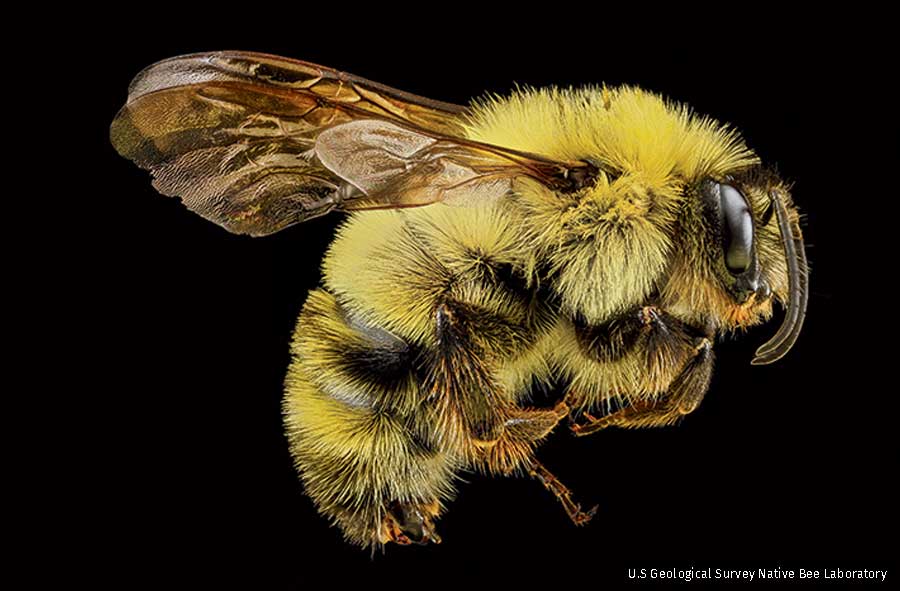 Pitching In To Plant For Pollinators

Nearly 2 million people caught the buzz to Garden for Wildlife™ during 2017. This included some 10,000 gardeners who registered new NWF Certified Wildlife Habitats®, bringing the total of certified habitats throughout the country to 213,000. This number includes 8,000 Schoolyard Habitats®, outdoor classrooms that engage 1.4 million students and 40,000 educators. In addition, 103 municipalities are now NWF-certified Community Wildlife Habitats™, with Houston, the nation’s fourth largest city, being named the 100th certified community in April.

NWF continued to inspire gardeners to plant for pollinators, including hummingbirds, bats, butterflies and bees (such as the double-spotted bee, above). Some 330 U.S. and Canada mayors took the Mayors’ Monarch Pledge, committing to making their communities pollinator friendly. NWF's Butterfly Heroes™ program also gave 50,000 pollinator garden starter kits to youth and families. 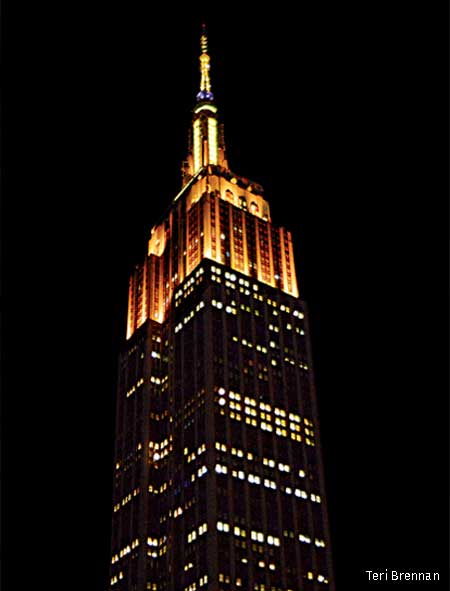 Through the Million Pollinator Garden Challenge™, some 500,000 people have pledged to plant or enhance pollinator gardens. About 11,000 gardeners were inspired to do so in one day during National Pollinator Week in June, when Shark Tank host Daymond John joined NWF, National Pollinator Garden Network and National Park Service (NPS) staff to light up the Empire State Building in bee yellow. Coordinated by the Pollinator Partnership, Toronto’s CN Tower and Niagara Falls soon followed suit.

During the past three years, NWF’s and NPS’s Growing a Wild NYC program (www.growingwildnyc.org) has also enabled some 2,000 students from 17 Eco-Schools to plant thousands of milkweed and other pollinator-friendly plants in New York City parks and schoolyards.

Mary Phillips, director of NWF’s Garden for Wildlife program, says the importance of gardens should not be underestimated: “Each flowering patch gardeners create is critical to weaving together habitat for wildlife.” 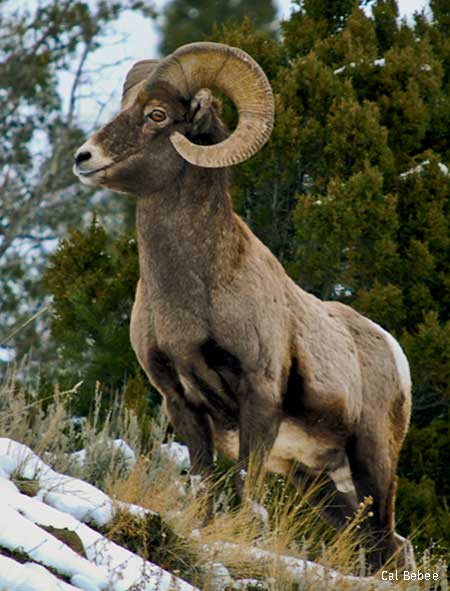 During May, NWF’s Adopt a Wildlife Acre program permanently retired an 86,000-acre domestic sheep grazing allotment in Idaho’s Salmon-Challis National Forest. This has lessened the risk of domestic sheep infecting bighorns with a deadly pneumonia and trampling wild salmon spawning in streams.

By completing this purchase, the program has now retired allotments on more than 1.1 million acres of public lands in Montana, Idaho and Wyoming during the past 15 years. This has reduced conflicts with grizzly bears, wolves, elk and bighorns.

Adopt a Wildlife Acre also began working in Nevada and Colorado during 2017. By collaborating with NWF affiliate Colorado Wildlife Federation and other partners, the program has already identified more than 90 federal domestic sheep grazing allotments that overlap with bighorn sheep habitat and pose a significant risk to Colorado’s wild sheep. 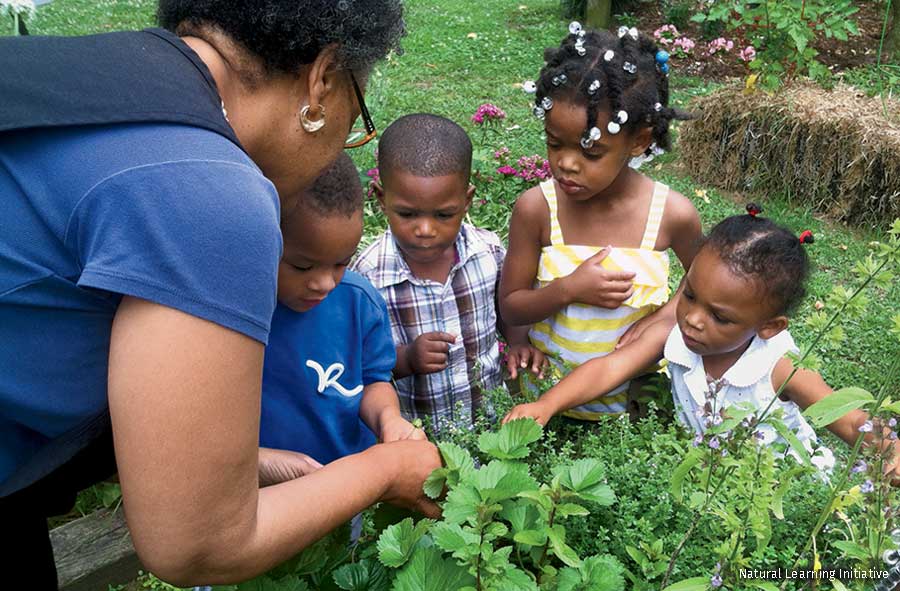 Inspiring Millions Of Youth To Learn To Love Nature

In 2017, NWF’s education programs connected more than 9.5 million kids to nature, knowing that when children and young adults have access to outdoor experiences and resources to learn about the environment, they can develop a lifelong desire to protect nature. The following are among the programs’ accomplishments.

Ten Million Outdoor Kids Initiative
During 2013, NWF and the National Recreation and Park Association joined forces to encourage 10 million children to learn and play in nature for an average of at least 90 minutes each week. Collaborating with more than 10,000 schools, hundreds of childcare centers and 700 local and regional parks agencies, the organizations had exceeded their goal by mid-2017, with 17 million children now learning outdoors. Visit: www.nwf.org/outdoors

Eco-Schools USA
Eco-Schools USA helps students learn and practice sustainability skills such as energy and water conservation, gardening for wildlife and recycling, often through outdoor laboratories and other hands-on learning experiences. The program gained 1,200 new schools this year, bringing the total enrolled in the program nationwide to nearly 5,000, engaging some 2.6 million students and 110,000 educators. Visit: www.nwf.org/eco-schools-usa

Early Childhood Health Outdoors
Partnering with the Natural Learning Initiative, NWF has developed design and management guidelines for play areas that incorporate nature (above) at schools, parks and other places in communities, particularly urban areas that are more concrete than green. This year, NWF and the Early Childhood Health Outdoors™ program began designing natural playgrounds that will ultimately serve young children from diverse communities at some 500 childcare centers and public play spaces in Colorado. Visit: www.nwf.org/echo

Great American Campout
This past year, a record 260,000 people at 12,000 locations, from backyards to national parks, pledged to camp during the 13th annual Great American Campout. This national event encourages families and individuals to enjoy a night under the stars. Visit: www.nwf.org/campout

Ranger Rick Kids
About 2.5 million children now read Ranger Rick®, Ranger Rick Jr.™ and Cub™ each month. Through these and other NWF publications—such as a new climate curriculum and guide to using digital technology in nature—NWF is building an army of Ranger Rick kids who are inspired to conserve the environment now and into the future. Visit: www.nwf.org/kids

Campus Ecology
The Campus Ecology® program now helps about 500 campuses, including many Historically Black Colleges and Universities, to function sustainably. The program aids students and faculty with case examples and professional development opportunities, such as its seventh annual Georgia Campus Sustainability Conference held this past October.
Visit: www.nwf.org/campusecology

EcoLeaders
The EcoLeaders® program recognizes college students and young professionals for their sustainability initiatives. As of 2017, more than 2,100 students at nearly 500 campuses in all 50 states are participating in the program.
Visit: www.nwfecoleaders.org