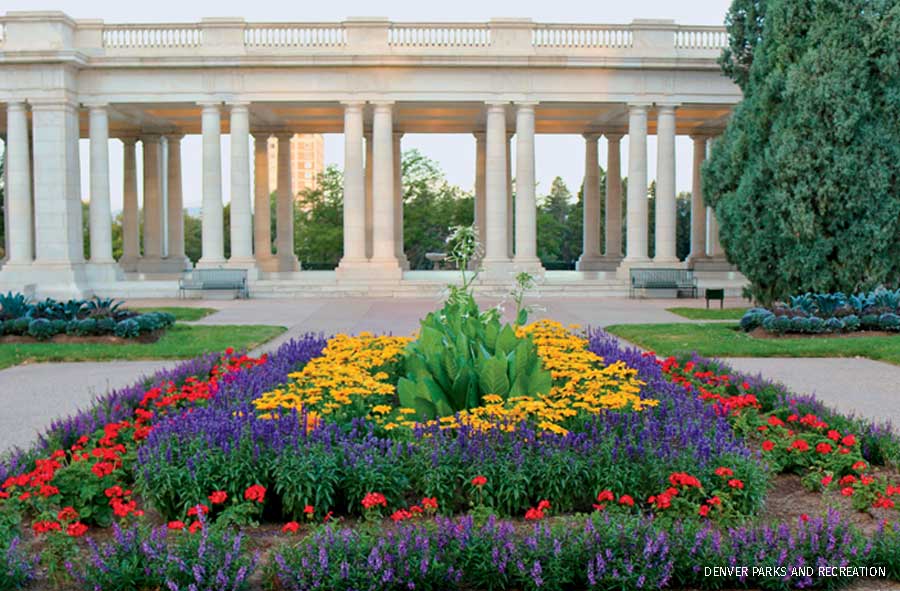 A mile high and striving to certify

This year, Denver, Colorado, is aiming to meet the requirements for certification under the National Wildlife Federation’s Community Wildlife Habitat™ program—an effort spearheaded by Denver Parks and Recreation (DPR). “This important community-engagement endeavor will result in Denver being the largest western city [outside of Texas] to be designated as a Community Wildlife Habitat,” says DPR Executive Director Happy Haynes. 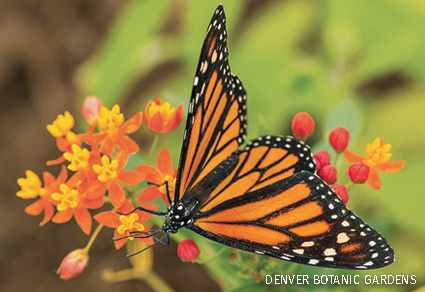 To date, nearly 200 U.S. cities are certified or working toward that goal. To earn certification, a city needs a certain number of points, which are awarded for every park, home, school or business that meets the criteria of providing food, water, cover and places for wildlife to rear young. To meet this milestone, Denver is working with partners such as Denver Botanic Gardens to promote the use of native plants in the city’s 6,000 acres of urban parkland and at brooksides, prairies and public spaces (including Cheesman Park, above).

Scott Gilmore, DPR’s deputy executive director and an NWF board member who has certified his own backyard, says certification will encourage native birds, small mammals, reptiles, monarch butterflies (above) and other wildlife to make their homes in the city as well as connect children with nature and help revitalize underprivileged areas since wild spaces can improve physical, mental and emotional health. Certification will even save the city money as native plants need less watering, weeding and other kinds of maintenance.

Numerous partners are making this effort possible, including Denver Water, Denver Public Schools and the Colorado Wildlife Federation (CWF), an NWF affiliate. “This is a wonderful opportunity for Denver residents to contribute to the community,” says CWF Executive Director Suzanne O’Neill. 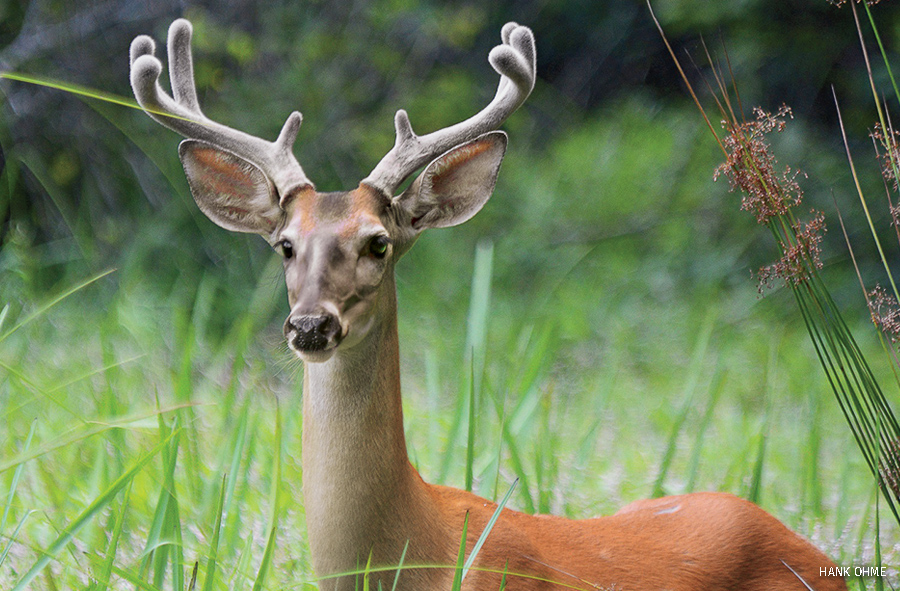 The Georgia Wildlife Federation (GWF) celebrated a major victory last November when voters passed the Georgia Outdoor Stewardship Amendment. Spearheaded by GWF and other groups such as The Nature Conservancy and Georgia Conservancy, the amendment ensures the expansion of conservation land to improve drinking water and wildlife habitat for game species such as white-tailed deer (above) and waterfowl like hooded mergansers (below). It also ensures that at least 40 percent of the sales tax from outdoor sporting equipment will go to the Georgia Outdoor Stewardship Trust Fund, which will amount to about $20 million a year for buying conservation land. This win represents two decades of hard work, says GWF’s President and CEO Mike Worley. “We’re really excited about it.” 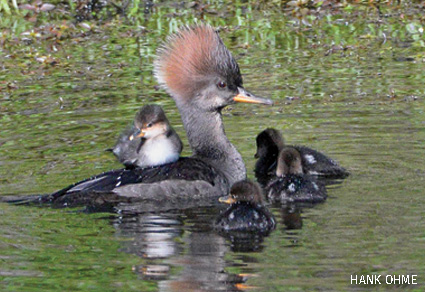 GWF is also working to get more young people outdoors and encouraging more millennials to fish and hunt, which Worley calls the “ultimate in locally sourced, free-range food.” This involves teaching people how to harvest game, sometimes by crossbow, and handing out venison samples at local farmers markets. “Even people who are vegetarians signed up for our program and learned to hunt deer,” Worley says. “They believe in the ethical value of the hunt.” 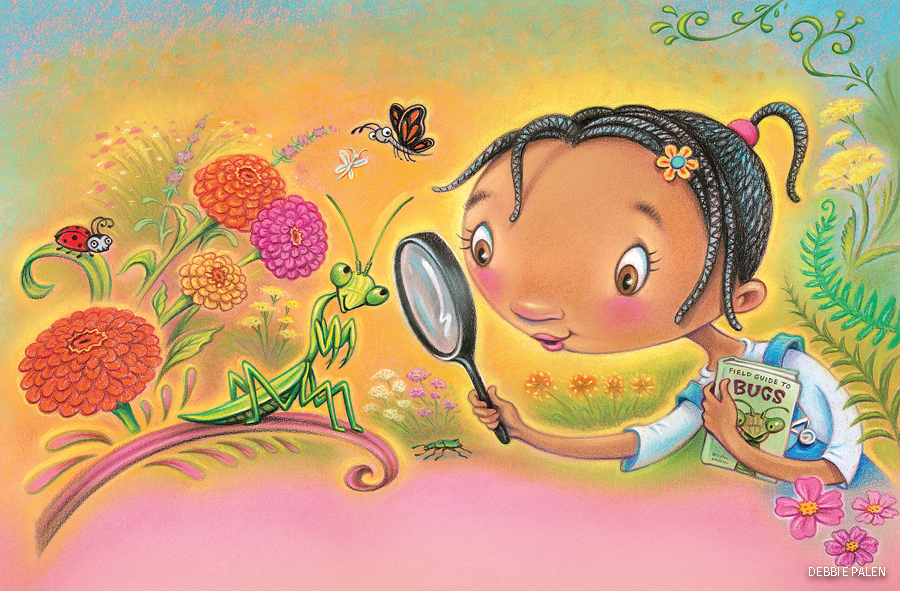 EFFECTS OF SCREEN TIME ON THE BRAIN

Can technology encourage kids to get outdoors?

In late 2018, the National Institutes of Health announced it had enrolled nearly 12,000 kids ages 9 and 10 in the Adolescent Brain Cognitive Development study, a long-term project to assess the impact of screen time and other factors on young brains. Early results from the first 4,500 children studied show that kids who spend hours a day staring at smart phones, tablets and video games have a premature thinning of the cortex, the part of the brain that processes sensory information. Further study is needed to assess the significance of this physical change in the brain. Meanwhile, recognizing the allure of screens, NWF is trying to make them a tool for getting kids outdoors.

Our Ranger Rick website (rangerrick.org) offers activities designed to engage kids with nature (above). And the NWF report Digital Technology’s Role in Connecting Children and Adults to Nature and the Outdoors encourages app developers to focus on outside activity with games that would reward kids for, say, identifying native birds. “The loss of kids playing outdoors every day is a big shock to the future of conservation,” says NWF Vice President for Education and Training Kevin Coyle. Yet apps and virtual-reality programs can be “entertaining and educational,” he adds, so developers should create programs with “a direct biological connection with nature.” Still, the best choice for kids is to step away from screens and enjoy the great outdoors. 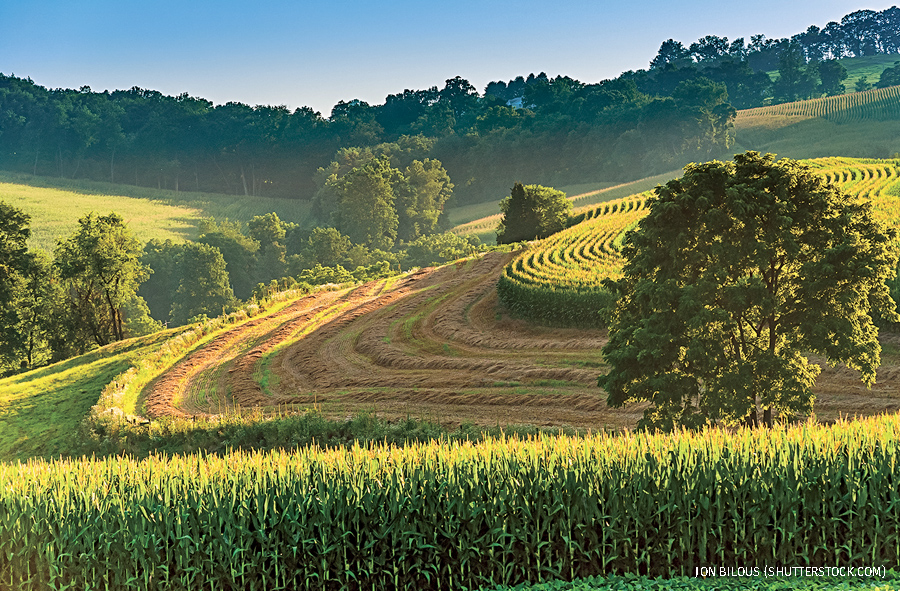 Last December, U.S. lawmakers from both sides of the aisle came together to pass the 2018 Farm Bill, a remarkable bipartisan agreement that delivers a massive aid package for conservation and wildlife. The Farm Bill is typically renewed every five years. This new version includes significant funding for the next five years to encourage farmers and ranchers to create wildlife habitat on their land (such as forest patches near a Pennsylvania farm, ) and protect grasslands, soil and water resources.

“This is one of the most wildlife- and conservation-friendly Farm Bills in a long time,” says Aviva Glaser, director of agricultural policy at NWF. “It has a lot of fantastic wins for wildlife.” These include a doubling of the minimum funds in the Environmental Quality Incentives Program dedicated to giving farmers and ranchers tools for creating habitat for wildlife, which will mean an increase from about $60 million a year to more than $120 million a year. This extra funding will help conserve species found across the agricultural landscape—such as the greater sage-grouse, monarch butterfly, gopher tortoise and greater prairie-chicken—potentially keeping such species off the endangered species list.

The Federation and many of its affiliates supported these increases, advocated for conservation plans and helped ward off attacks on the Clean Water Act, Endangered Species Act and other environmental protections. “We were able to help pass a bipartisan, wildlife-friendly Farm Bill in the lame duck session of an extremely difficult congress,” Glaser says. “That they increased funding for wildlife habitat is incredible.” 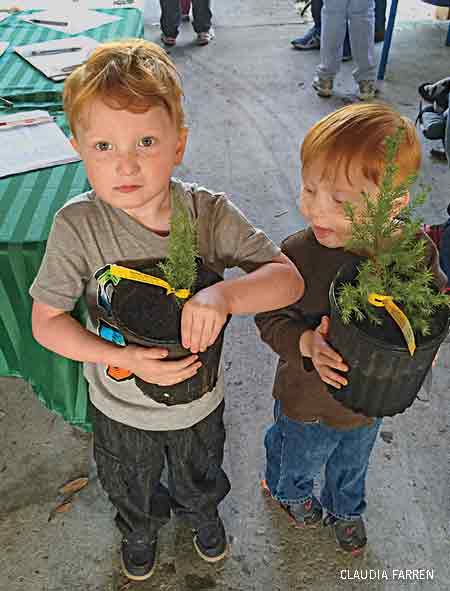 In January, NWF again partnered with the Florida Wildlife Federation (FWF) and Wakulla County Garden Club to give away more than 800 native tree seedlings (such as southern red cedar, pictured) to residents at Wakulla County’s Arbor Day Celebration. This year’s event had added importance due to the huge number of trees destroyed by Hurricane Michael, which hit in October 2018. “It’s important to replant native trees after disasters,” says FWF Education Consultant Claudia Farren. “Trees sequester carbon dioxide, remove pollution from the air and help birds and other wildlife.”

One Federation for wildlife

The National Wildlife Federation will host its 83rd annual meeting from June 5 to 8 at the Sheraton Westport Chalet in St. Louis, Missouri. NWF members, affiliates and partners will discuss critical wildlife issues and how to save species and promote habitat conservation in today’s rapidly changing world. NWF will also honor outstanding conservation leaders, including the Affiliate of the Year. Registration closes May 10.

Why Communities Matter for Wildlife »
Learn more about our Georgia Wildlife Federation affiliate »
An Hour of Nature Play Keeps the Doctor Away »
Victory: A Wildlife-Friendly Farm Bill »
Read Last Issue's Working for Wildlife »