A voice for Latinos, wood furniture scorecard, recycling on campuses and more 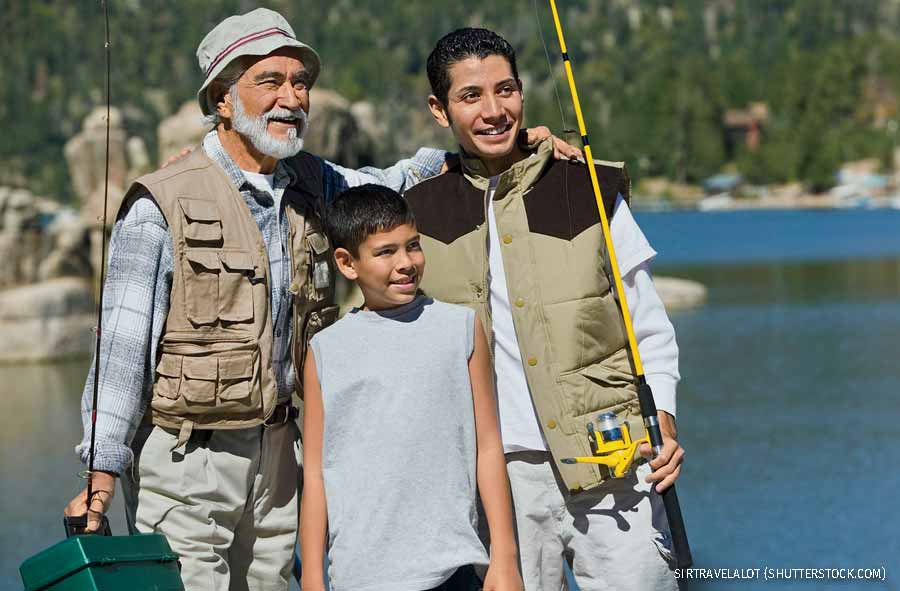 A dynamic voice for Latino communities

Early last year, the National Wildlife Federation formed a strategic partnership with HECHO (Hispanics Enjoying Camping, Hunting, and the Outdoors). The conservation group provides an effective voice for communities that traditionally have been underrepresented on matters relating to the environment. “HECHO is a national leader on public lands issues, and NWF is proud to have such a powerful partner to advance our collective conservation priorities,” says NWF Regional Executive Director Brian Kurzel.

The nation’s largest ethnic group, Latinos have a historical connection to the natural world. According to a 2018 Colorado College poll of residents in seven western states, 75 percent of Latino respondents identify themselves as conservationists, and 88 percent participate in outdoor activities such as fishing (above) and camping (below). “To maintain our traditions, we depend on healthy watersheds, clean air, robust wildlife habitats and access to public lands,” says Rock Ulibarri, a New Mexico county commissioner and HECHO advisory board chair. 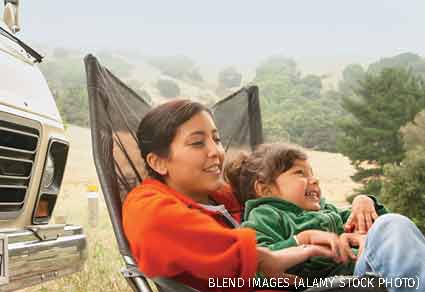 The organization has worked with NWF on efforts to keep the nation’s federal lands open to all Americans and to fight a bill in Congress that would give states jurisdiction over oil and gas development on those lands. If that passes, says HECHO Director Camilla Simon, “there’s no guarantee the states would provide the same opportunities for public comment or thorough environmental analyses.”

NWF and HECHO have also challenged an administration plan to defund the federal Land and Water Conservation Fund. “For half a century, the fund has played a key role in protecting not just land and water but also our country’s multicultural past,” says Simon. Through the fund, she adds, “we have been able to protect places that help tell the story of Hispanic Americans.” With this emerging partnership, that story will continue to unfold in the conservation arena. 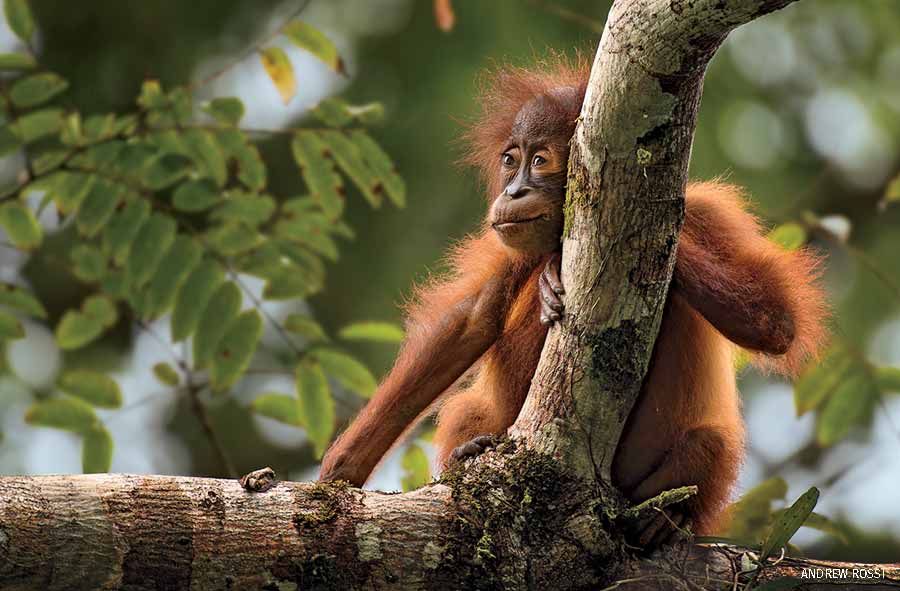 In a comprehensive assessment, NWF and the Sustainable Furnishings Council (SFC) examined how 57 of the largest furniture retailers in North America acquire the wood they use to make their products. The resulting Wood Furniture Scorecard rates those retailers on their policies, including whether they use ecologically sound forest-certification criteria in making purchases. “As the third largest user of wood after construction and paper production, the furnishings industry has an important impact on forests worldwide,” says Barbara Bramble, NWF vice president of international conservation. “The scorecard enables consumers to make more-educated decisions when buying furniture.”

Every year, an estimated 32 million acres of tropical forests are cut down worldwide, destroying habitat for some of the planet’s most endangered wildlife, including orangutans (above). All three orangutan species are losing habitat at an alarming rate that threatens to drive them to extinction. Deforestation also accounts for about 12 percent of the world’s greenhouse gas emissions. While working on the project, NWF and SFC reached out to each of the retailers to convey the importance of their decisions on forest health. “Several companies responded to our call for responsible wood sourcing by developing new policies,” Bramble says. The scorecard rating all 57 companies is available online. 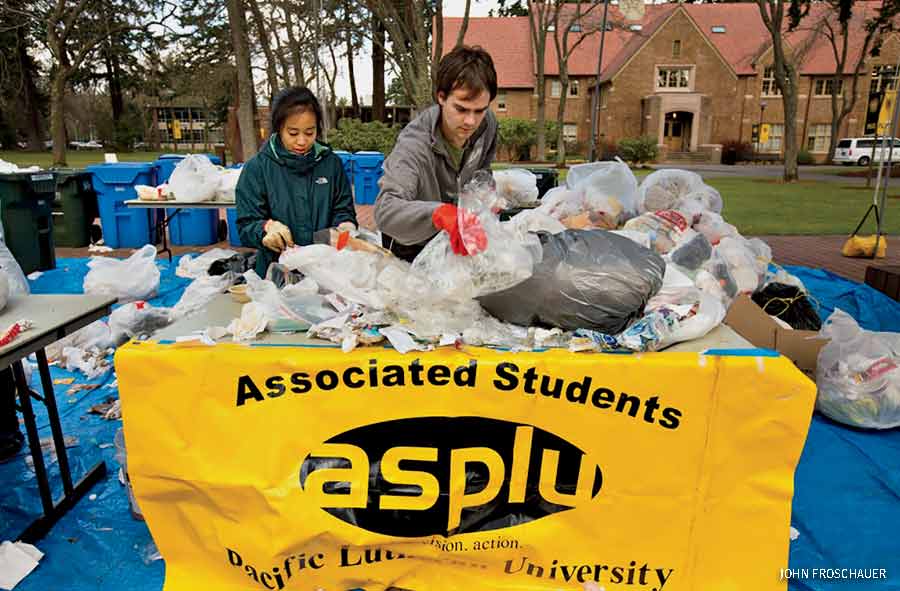 NWF is expanding its reach on U.S. campuses through a program designed to help colleges and universities reduce their contributions to the planet’s mounting piles of solid waste. In partnership with the nonprofit group RecycleMania, the Federation is managing one of the nation’s largest—and friendliest—collegiate tournaments: Schools of all sizes compete against one another in different categories to determine which can reduce, reuse and recycle the most waste. “RecycleMania provides schools with a benchmarking tool that measures each institution’s progress toward refuse reduction,” says NWF Senior Manager Kristy Jones. “It also gives NWF an opportunity to raise awareness among students and faculties about the impact of solid waste, particularly discarded plastics, on wildlife and habitat.”

Since the competition began in 2001, millions of students and staff at nearly 1,000 institutions of higher learning in the United States and Canada (including Pacific Lutheran University, above) have recycled and composted more than 960 million pounds of material during the tournament’s eight-week annual time frame. Together, those schools also have prevented the release of nearly 1.5 million metric tons of the greenhouse gas carbon dioxide into the atmosphere. Students who participate “represent the next generation of recycling industry leaders, and the work they do during the competition is a springboard to their lifelong commitment to recycling,” says RecycleMania President Stacy Wheeler. Next year’s tournament begins on February 3. 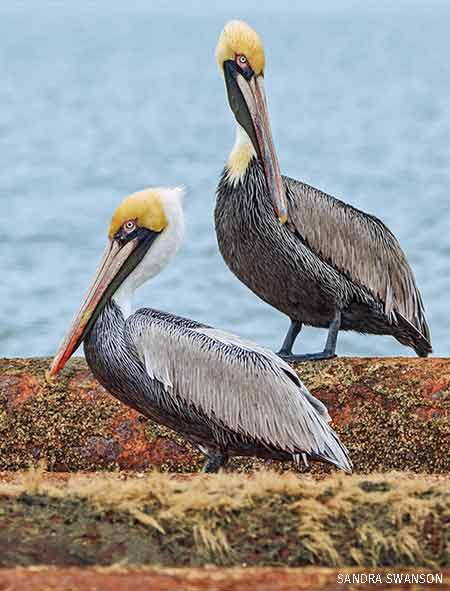 From hunters and anglers to birders and gardeners, the South Carolina Wildlife Federation (SCWF) has represented generations of outdoor enthusiasts on conservation issues since its start 87 years ago. “We are continuing our legacy of insisting that science, not politics, remains at the forefront in decisions affecting our wildlife,” says SCWF Executive Director Ben Gregg.

This NWF affiliate works with organizations fighting against proposed energy exploration along the state’s fragile coast. In central South Carolina, with support from partners, SCWF is putting up dozens of nest boxes to help restore the region’s wood duck population. It is also working with 30 of the state’s largest industries to convert their lands to sustainable habitats.

How the Land and Water Conservation Fund Connects Kids with Nature »
Get Involved: Sustainable Purchasing »
How You Can Protect Global Forests & Wildlife from the Comfort of your Couch »
Get Involved: Reduce, Reuse, Recycle »
Learn more about the South Carolina Wildlife Federation »
Read Last Issue's Working for Wildlife »