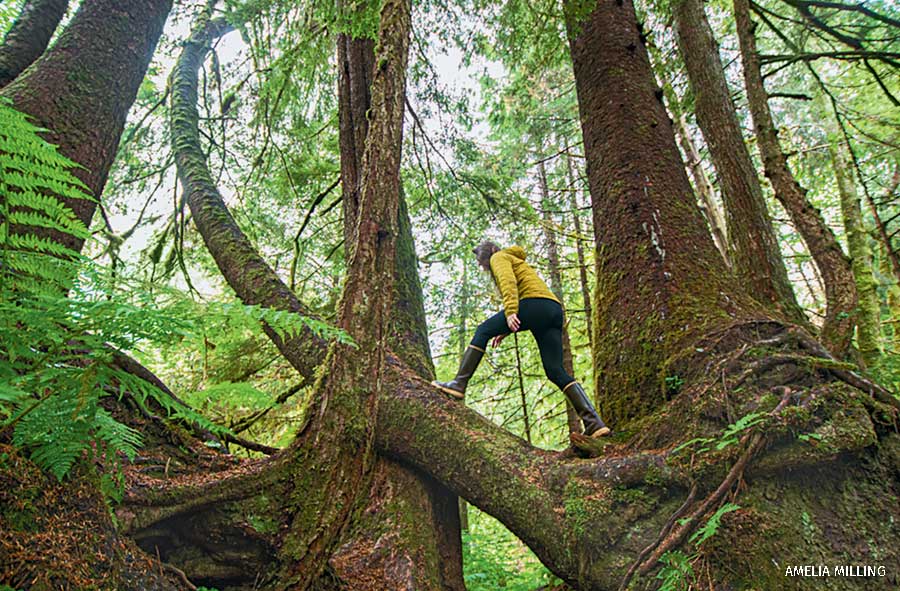 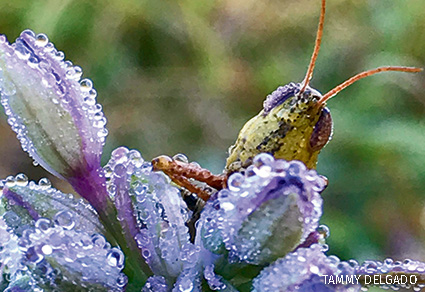 Begun in 1938, the annual event spotlights NWF’s mission to help wildlife thrive. Organizers had planned to send the Federation’s Naturalist David Mizejewski on a national road tour during the week of April 6-10 to talk with local media. But in light of national quarantines, the focus shifted to a social media campaign. Centered around the #MyWildLife hashtag, the campaign invited people to submit photographs of how they enjoy the outdoors (such as the woman hiking in Alaska, above) and of wildlife (such as the grasshopper, pictured). Wildly successful, the call for photos drew 7,200 submissions.

Unable to travel, Mizejewski took to the airwaves with a radio tour that reached nearly 28 million people across the country. He shared information about NWF programs and explained how the Federation was offering free access to its Ranger Rick® magazines and games online, a treat for families stuck indoors. He also partnered with Phoebe Judge, host of the popular This is Love podcast, to release a “flash briefing” of animal facts during daily audio newscasts offered to users of Amazon Alexa devices.

While the changes to National Wildlife Week were unexpected, their success has set a future precedent for digital engagement and connecting people with wildlife. “This has shone a light on how effective it can be,” says Frank Keating, NWF associate vice president of consumer marketing. “Next year we’ll look to more digital opportunities—and do it even bigger.” 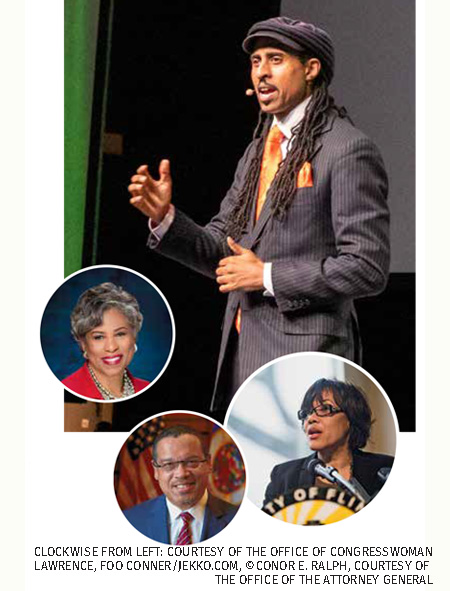 Black leaders from across the Great Lakes region gathered on May 21 to participate in an Environmental Justice Roundtable, the first of six such virtual events that NWF and partners are hosting around the country this year. NWF Vice President of Environmental Justice Mustafa Santiago Ali (pictured) and Director of Urban Initiatives and Environmental Justice Simone Lightfoot welcomed 29 participants, including regional leaders (insets left to right) Congresswoman Brenda Lawrence (D-MI), Minnesota Attorney General Keith Ellison and Former Flint, Michigan, Mayor Karen Weaver, who shared concerns about environmental justice and COVID-19.

According to the CDC, the death rate of COVID-19 could be three times higher for Black Americans than nearly all other demographics, primarily due to compounding social and environmental issues such as lack of access to healthcare, crowded housing and poor water and air quality that create underlying health conditions. “We should be thinking about what it means to live or exist as a Black or Brown person in the United States,” said roundtable attendee Wisconsin Lieutenant Governor Mandela Barnes, “and how we have been more susceptible to almost anything—whether it’s an economic crisis or a pandemic.”

The group also discussed the virus’s amplification of problems such as unemployment, mental health issues and domestic violence, all of which also disproportionately impact Black communities and other people of color.

Lessons from this and other roundtables will help guide policy recommendations across the country. “People are struggling in this moment,” says Ali. “They’re struggling with who to trust and how to make the right decisions for their communities. What I’ve learned is that people want a voice and want to be heard.” 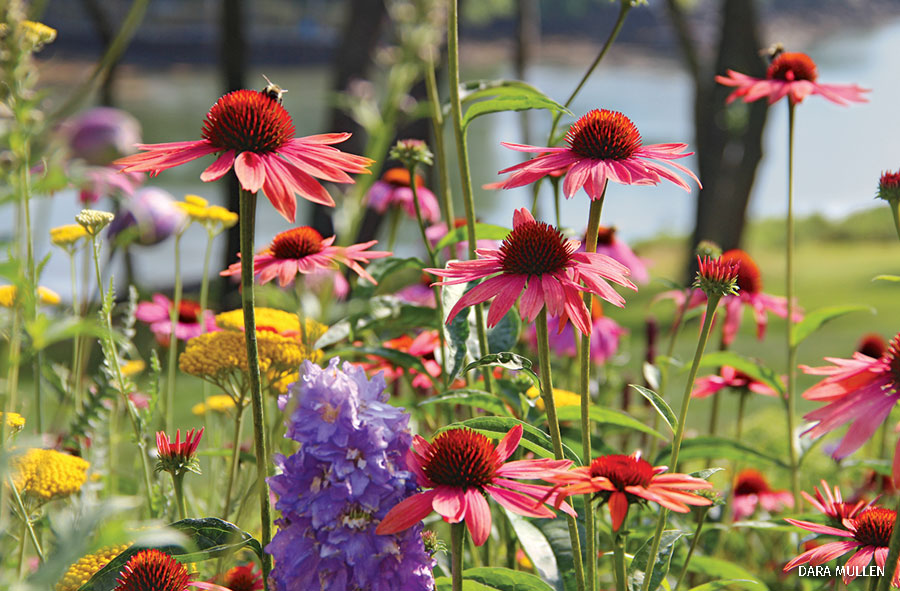 Newly released results of a survey commissioned by NWF show strong interest in growing native plants (above) that benefit wildlife. In 2019, 36.8 million Americans purchased native plants, and 23.1 million transformed part of their yards into natural landscapes.

This progress is also reflected in the increasing engagement with NWF’s Garden for Wildlife™ program. This spring, the program’s website saw six times its usual traffic, and there are now 247,000 registered certified wildlife habitats, up more than 10,000 sites since last year. 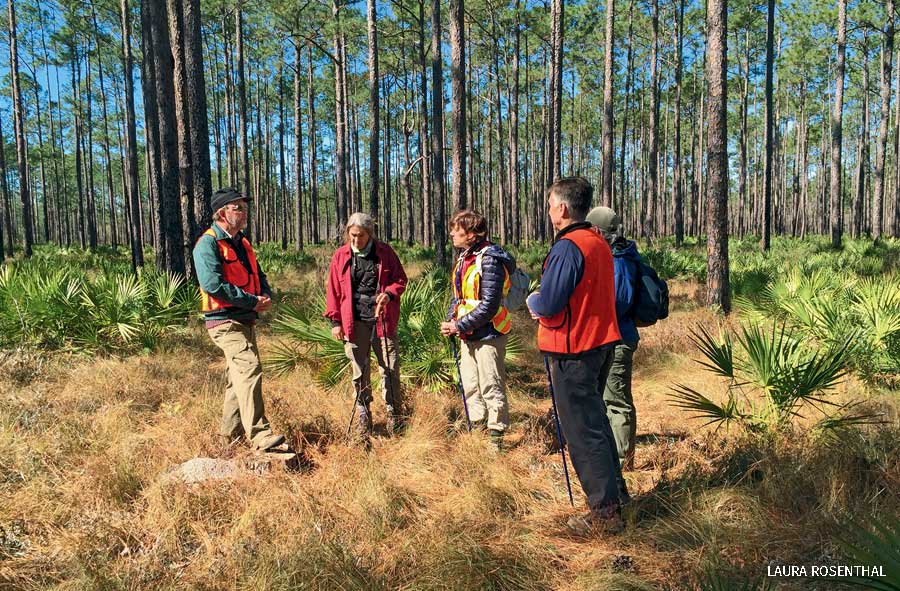 Florida Wildlife Federation (FWF), an NWF affiliate, uses advocacy and education to help protect and restore Florida’s natural resources and wildlife from the effects of climate change and other challenges. For example, it stepped in to help restore precious longleaf pine habitat after Hurricane Michael hit Florida in 2018, destroying 400,000 acres of timberland. FWF is working with landowners to plant longleaf pine on their properties as well as organizing hikes to teach best practices for forest management (above).

On the state level, FWF advocates for funding the Florida Forever program, which provides state funds to buy land for conservation. Once the largest public land-acquisition program in the country, it was historically allocated $300 million annually, but that amount has been decreased. FWF uses action alerts to educate people on the program and the need for full funding. “It’s critical that our leaders understand that human beings are a part of the environment,” says FWF President Preston Robertson. “Our actions can either help or harm.” 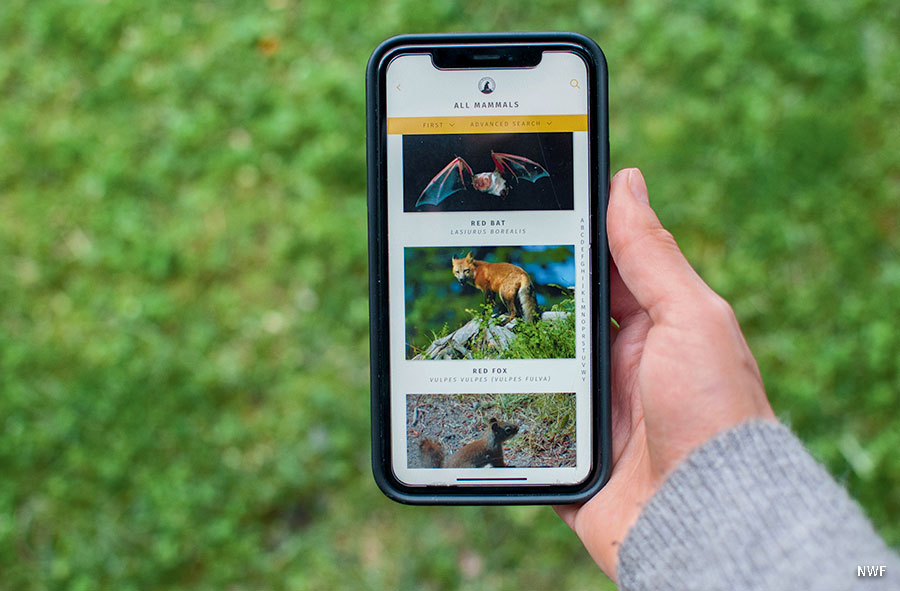 On March 1, NWF released a line of apps that will help you explore nature in a new way. Called Nature Guides, each of the 10 apps focuses on different groups of animals or plants, including birds, mammals (such as the fox and other creatures above), reptiles, amphibians, insects and spiders, butterflies, mushrooms, trees, herbs and vegetables. These apps offer 50,000 pages of content, including photos, wildlife ranges, facts, descriptions and even animal sounds. The apps also include a journal feature where you can record your own nature notes and upload photos. With these tools, you can learn about wildlife from the palm of your hand.