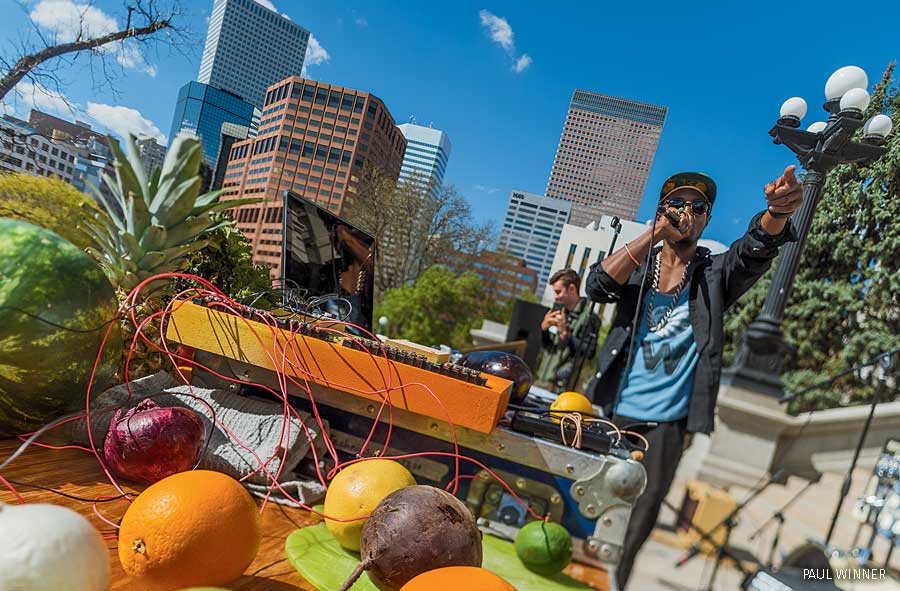 Co-founder of Plant Based Records, DJ Cavem (in Denver, above) uses his music to teach people about healthy eating.

WHEN RAPPER DJ CAVEM says he’s a real OG, he’s not claiming the classic hip-hop accolade of original gangster. Instead, he means he’s an organic gardener. And for more than a decade, the Denver, Colorado, native has used hip-hop rhythms and rhymes to inspire inner-city kids to join him as stewards of urban ecosystems that provide nourishing food. “I know activism through music works,” he says, “because it worked on me.”

Cavem—offstage name Ietef Vita—lost family members to diet-related illnesses when he was a kid, prompting a search for healthier approaches to food. “Plant-based eating is a big part of Rasta culture, and I was listening to a lot of Bob Marley,” Vita recalls. “I became a vegan at 14.” Part-time work with a landscaping company was his first “green job,” he says. “I got to actually plant things and help them grow. That opened a door for a kid from the ‘hood.’”

Stepping through that door, Vita has cultivated a multibranched career as a hip-hop artist, performer and video producer; a vegan chef, an educator with Denver public schools and a tireless advocate for food and environmental justice in communities of color. He has broken ground on urban gardens where kids can grow fresh vegetables for their families, and he helped start a local farmers market where his students can earn money selling their produce.

Microphone in hand, this soft-spoken husband and father becomes a musical force of nature—and for nature. His videos feature kids praising the joys of broccoli and lyrics demanding safe, fresh water for healthy plants and people. Calling his music “environmental hip-hop,” Vita says it’s a platform, an access point “to bring people back to the Earth.”

Lynne Warren is a regular contributor.