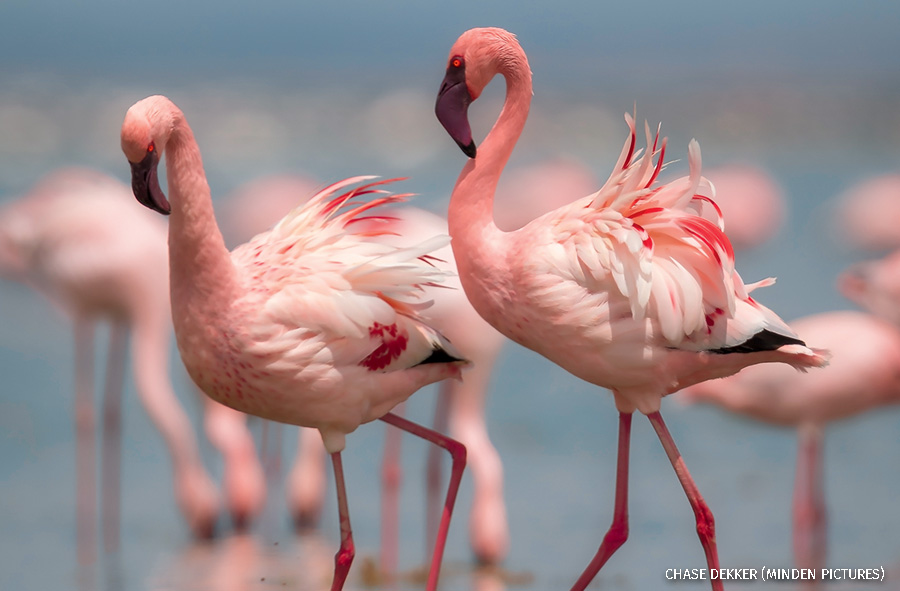 For the first time, scientists have documented that flamingos consistently spend time with a handful of their close “friends” while avoiding birds they don’t get along with. During a five-year period, the researchers studied captive flocks of lesser (above), Chilean, Andean and Caribbean flamingos at England’s sprawling WWT Slimbridge Wetland Centre. In Behavioural Processes, they report that the birds form long-standing relationships rather than loose, random connections. “Flamingos have long lives—some of the birds in this study have been at Slimbridge since the 1960s—and our study shows their friendships have been stable over a period of years,” says lead author Paul Rose, a zoologist at the University of Exeter. When unfriendly birds get too close to each other, on the other hand, they joust with their necks and beaks to determine dominance, with the winner most likely to be the individual with the longest neck. For the study, flamingos that regularly sat or stood less than one neck length away from one another were classified as friends. “The fact they’re so long-lasting,” Rose says, “suggests these relationships are important for survival in the wild.” 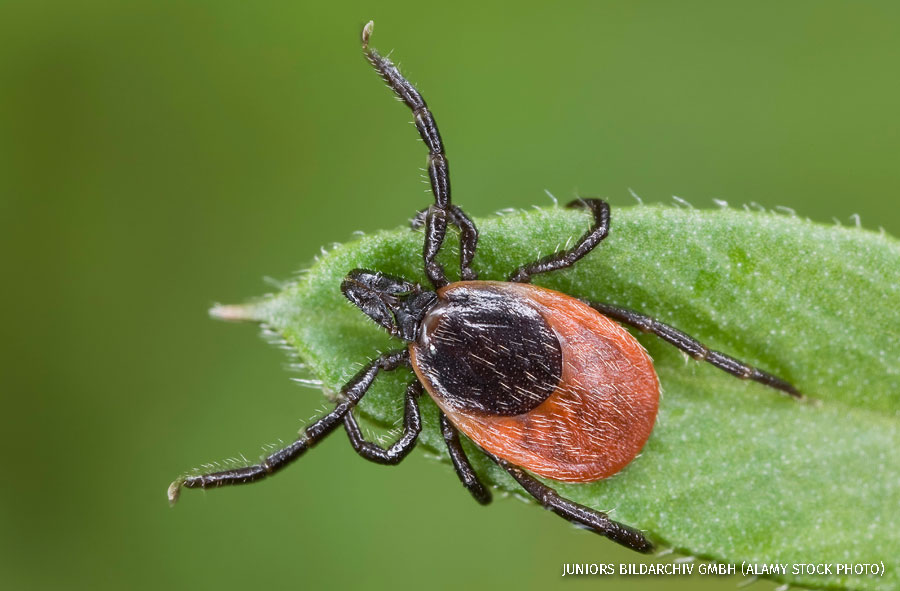 According to the U.S. Centers for Disease Control and Prevention, the number of U.S. cases of Lyme disease and other tick-borne illnesses tripled during the past 14 years, and that upsurge shows no sign of slowing down. In a recent study of blacklegged ticks (above)—the major tick disease vector across much of the country—scientists with the Mosquito Control Division of New Jersey’s Monmouth County identified a previously unrecognized contributing factor: “Our study showed that the common fall practice of blowing or raking leaves from lawns and landscaping to the immediate lawn-woodland edges can result in a threefold increase in tick numbers the following spring,” says Robert Jordan, lead author of their report in the Journal of Medical Entomology. A better option, say many conservationists, would be removing leaves completely from areas that are frequently used and adding them to a corner brush pile, which also provides habitat for wildlife. Previous research found that people encounter ticks more often in their own yards than in parks or other natural areas. 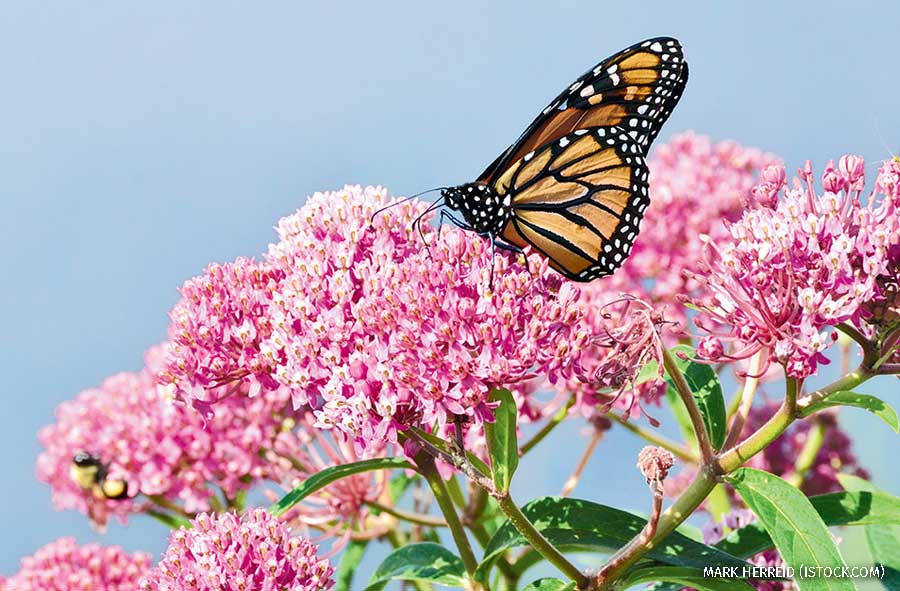 The caterpillars of monarch butterflies can survive only on one kind of food: milkweed (such as swamp milkweed, above, with adult monarch). To find out if milkweed tainted by pesticides might be contributing to this beloved insect’s decline, scientists from the University of Nevada–Reno (UNR) and their colleagues analyzed more than 200 milkweed samples collected in California’s Central Valley, an important monarch breeding habitat. In Frontiers in Ecology and Evolution, the researchers report that they discovered traces of 64 different pesticides, with more than a third of the samples containing insecticides at levels known to be lethal to monarchs. “We expected to find some pesticides in the plants, but the ubiquity and diversity of pesticides in these milkweeds was a surprise,” says UNR biologist and co-author Matt Forister. According to co-author Sarah Hoyle of the Xerces Society for Invertebrate Conservation, “it is imperative that farmers, land managers and gardeners protect habitat from pesticides if we hope to recover populations of this iconic animal.” Since the 1980s, the number of monarchs that breed west of the Rocky Mountains has fallen by more than 99 percent.