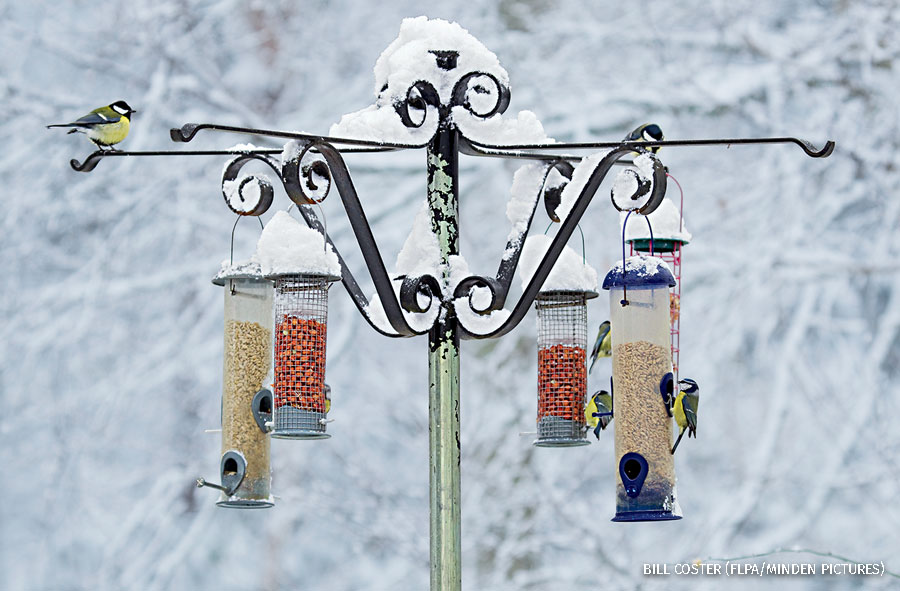 To save energy on winter nights, many bird species can reduce their body temperatures by several degrees, but doing so may make them sluggish and easy targets for predators. In a recent investigation of great tits (at far left of photo, above), biologists from Lund University found that supplemental feeding by people during the cold months in a Swedish forest helps female birds surmount such challenges. The researchers report in Biology Letters that female tits receiving extra food do not reduce their body temperatures as much as they would without supplemental feeding. By contrast, the scientists found no difference in the body temperatures of males given additional food. “We believe it is due to males being dominant, which means they manage to secure sufficient food regardless of how much is available,” says lead author Johan Nilsson. He and his colleagues have not tested whether supplemental feeding in cities during the cold months also helps female birds. “What we can say with certainty,” Nilsson observes, “is that females in nature benefit from being fed in winter.” 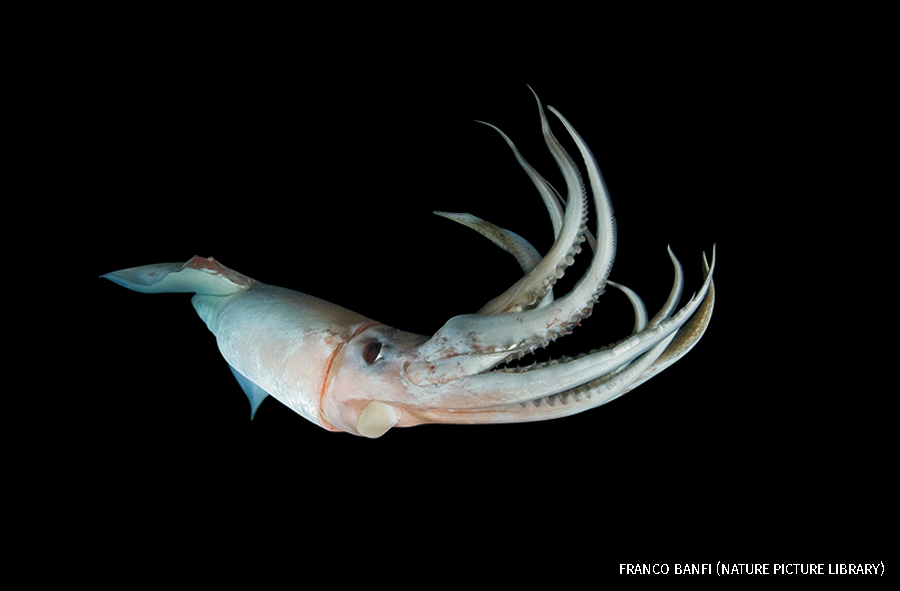 Some 1,500 feet below the sea’s surface, Humboldt squid (above) hunting in groups in darkness appear to carry on complex conversations by changing color patterns of their light-emitting skin. In research published in the Proceedings of the National Academy of Sciences, scientists from Stanford University and the Monterey Bay Aquarium Research Institute used unmanned robotic submarines to film 30 of these roughly 6-foot-long cephalopods off the California coast. They observed that the squid moved easily through dark waters without colliding or competing for prey. To the researchers, this suggested that the animals, which have small bioluminescent organs in their muscle tissues, use changes in pigmentation patterns “as an effective means of communication, analogous to humans using turn signals in traffic,” says Stanford biologist Ben Burford. The scientists also found that the squid use these skin patterns in specific sequences, “similar to how humans arrange words in a sentence,” Burford says, indicating a complicated form of animal communication never before described in deep-sea creatures. 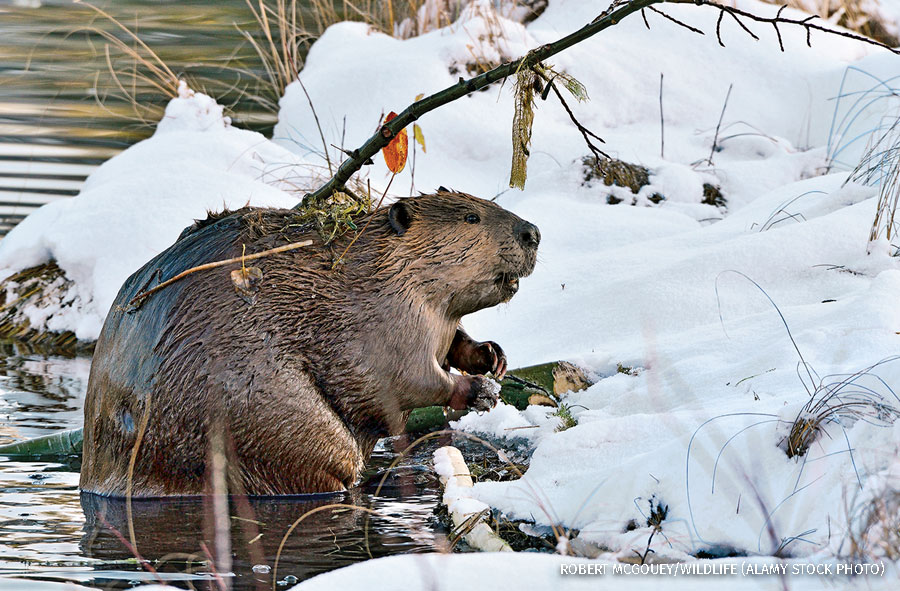 Taking advantage of Alaska’s warming climate, North American beavers (above) are rapidly expanding their range across the state’s tundra regions where they previously had not been spotted. As an unfortunate consequence, scientists say, the dams these animals build, which create new lakes, are accelerating the ongoing problem of thawing permafrost that is expected to release vast stores of greenhouse gases, including carbon dioxide and methane.

Using satellite data, a team of U.S. and German researchers tracked several years of beaver activities across Alaska’s remote Kotzebue region. In the journal Environmental Research Letters, they report that the number of beaver dams in the region increased from just two in 2002 to 98 in 2019. During the same period, they discovered, the overall area of surface water expanded by about 8 percent, with roughly two-thirds of the increase attributed entirely to the industrious rodents. According to co-author Ingmar Nitze, a geoscientist at Germany’s Alfred Wegener Institute, “Anyone who wants to predict the future of the permafrost should be sure to keep beavers in mind.”