What's in a Name?

The movement to remove racist names from birds 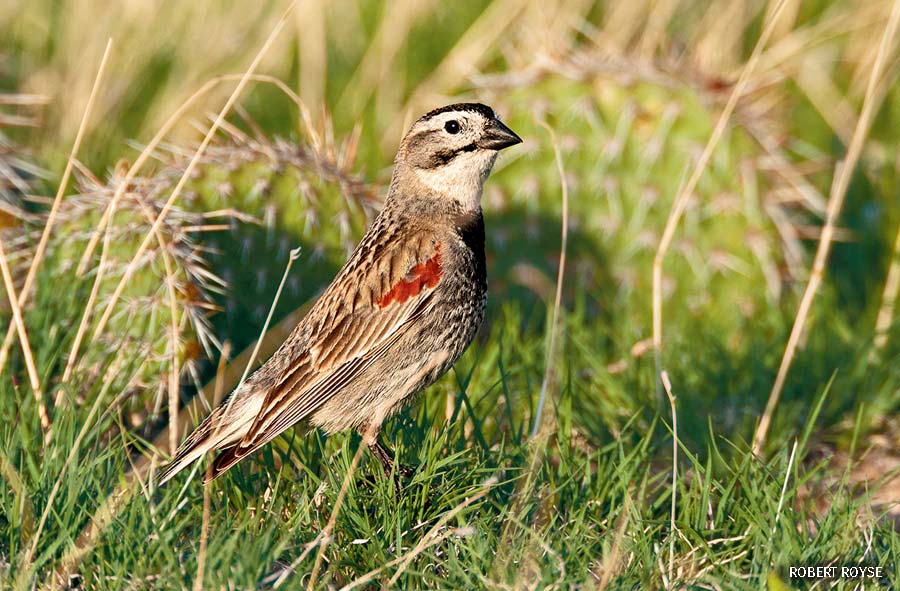 The McCown’s longspur was renamed the thick-billed longspur, the first bird species to lose its racist eponym.

MY HANDS ARE A MERE 156 years removed from a lineage of people once enslaved. The very young and the old alike were put to work in the fertile Alabama soil on plantations to clean and guard crops and drive away crop-damaging birds. Many were birds that carry the honorific names—or eponyms—of grave robbers and supporters of slavery.

Take the Bachman’s sparrow (Peucaea aestivalis). Plain in appearance with a beautiful whistled song, it commemorates anti-abolitionist Rev. John Bachman, who, in 1854, wrote: “The negro is a striking and now permanent variety, like the numerous permanent varieties in domesticated animals.” He went on to say that the negro intellect, “although underrated, is greatly inferior to that of the Caucasian,” making him “incapable of self-government.” These words—unfortunately—commingle in my head as I listen for the bird’s whistled song.

A novice birder, I have the striking black-and-yellow Townsend’s warbler (Setophaga townsendi) and the Bendire’s thrasher (Toxostoma bendirei) on my post-COVID travel wish list, while I’m mindful of the dark history associated with their names. John Kirk Townsend desecrated graves of Native Americans, and Maj. Charles E. Bendire fought in violent attacks on Indigenous people, including the Battle of Canyon Creek.

Few figures loom over the study of American nature like John James Audubon, whose famous Birds of America stands out as a crowning achievement. The brilliant yellow-and-black Audubon’s oriole (Icterus graduacauda) and small black-and-white Audubon’s shearwater (Puffinus lherminieri) bear his name. It’s the name of a man who—after the Battle of San Jacinto in 1836, when mostly white Texans defeated a Mexican army near present-day Houston—collected the skulls of several bodies in a vain attempt to prove the superiority of white Europeans over other races.

In North America alone, 149 eponymous bird names pay homage to a really dark time in American history, inspiring many of us to ask the question, “What’s in a name?” Our persistence with this question led the American Ornithological Society’s North American Classification Committee to formally change the common name of a single bird species. Named after a Confederate general, the McCown’s longspur (Rhynchophanes mccownii) is now known as the thick-billed longspur after a multiyear struggle for change. That change came in August 2020 amid a larger push to have all eponymous birds renamed. It came as Confederate monuments came down, and as our nation’s understanding of Black Lives Matter went up.

About Us: Equity and Justice »
The State of the Environment in Black and Brown Communities »
Blog: Committing to Equity in a Time of Crisis »