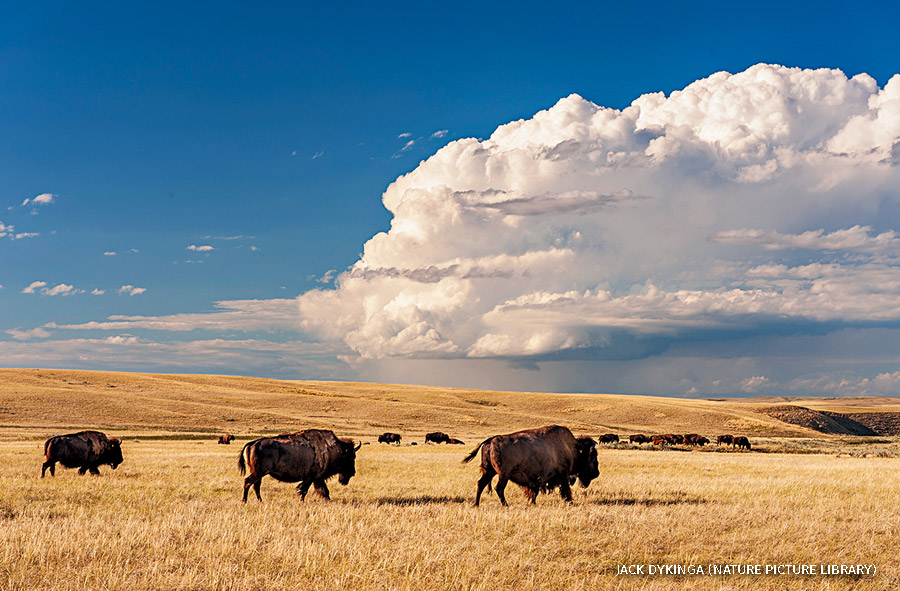 Efforts to restore bison (above) to Tribal lands across the Northern Great Plains have emphasized the importance of reestablishing the cultural and spiritual connections lost to Indigenous peoples when European settlers nearly annihilated the animals during the 1800s. According to a new analysis published in Frontiers in Ecology and Evolution, bison restoration also may offer additional critical benefits: helping to conserve the fragile prairie ecosystems they inhabit and mitigating some of the adverse impacts of climate change in a region that is becoming warmer and drier. “Today, most bison are no longer free roaming, but they still can have an impact on the landscape,” says lead author Hila Shamon, a mammalogist at the Smithsonian Conservation Biology Institute. As the animals graze, the authors explain, bison wallow and trample, making the land more habitable for hundreds of prairie species. They also are tolerant of heat and respond to drought by changing their diet. “We know bringing them back will not only heal our people but also help us with the changes we see on our grasslands due to drought,” says co-author Ervin Carlson, president of the InterTribal Buffalo Council. 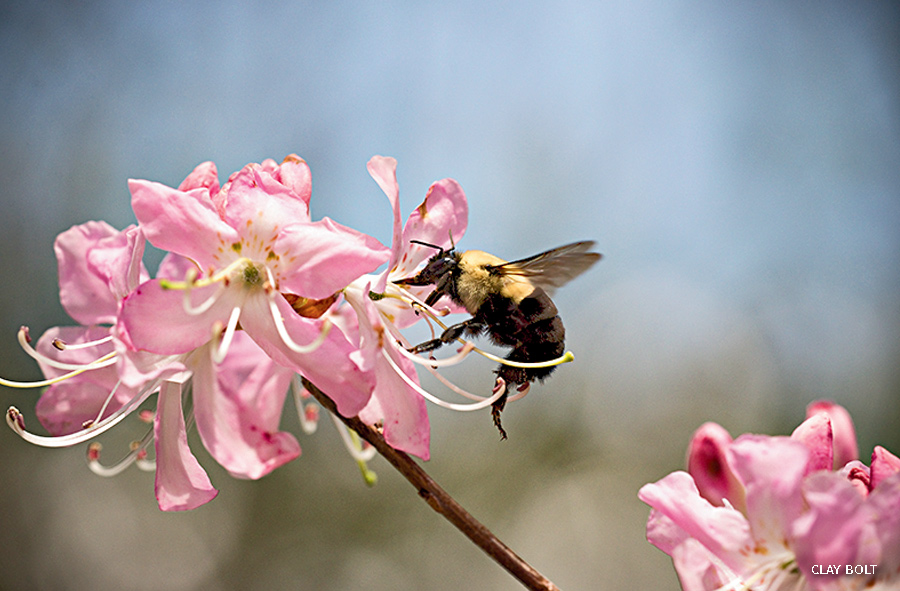 In the first study of its kind, scientists at England’s University of Reading have found that air pollutants common in both urban and rural areas may interfere with and reduce insect pollination (common eastern bumble bee, above). Under controlled conditions in an open field, the researchers released two ground-level air contaminants—diesel exhaust fumes and ozone—then observed during two summers how the pollutants affected pollination of black mustard plants by free-flying insects. The result: as much as 90 percent fewer visits to plants by bees, moths, hoverflies and other insects, resulting in a 31 percent reduction in pollination success. Writing in Environmental Pollution, the scientists suggest that pollutants may react with and change the scents of flowers, making them difficult for insects to find. “We knew from our previous lab studies that diesel exhaust can have negative effects on insect pollinators, but the impacts we found in the field were much more dramatic than we had expected,” says agroecologist and project leader Robbie Girling. 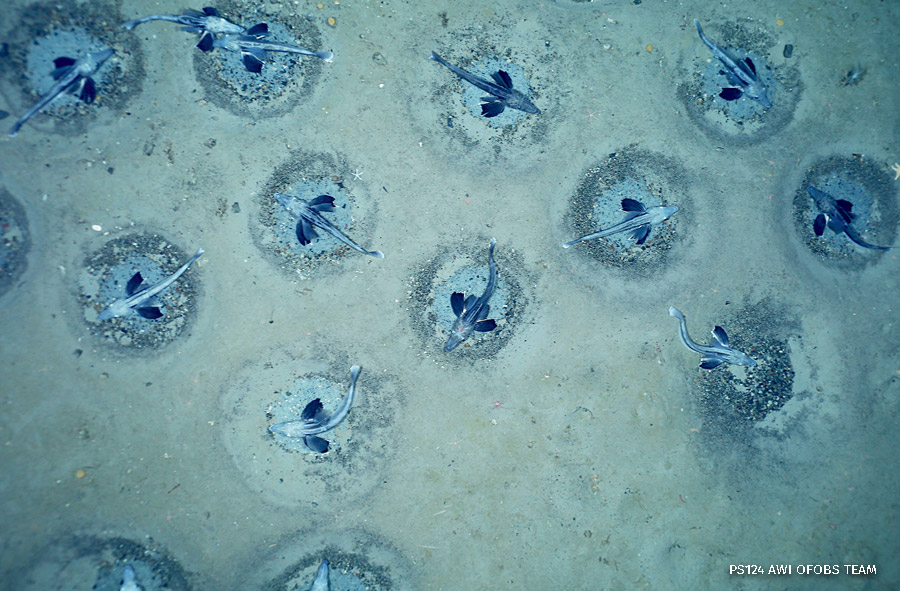 Deep beneath the surface of Antarctica’s remote Weddell Sea, German researchers have discovered the world’s largest-known fish-breeding colony. Using a special camera-and-acoustic system towed by their ship on a cable along the seafloor—more than 1,300 feet below the surface—biologists from the Alfred Wegener Institute filmed an estimated 60 million Jonah’s icefish (above) nesting densely across 92 square miles of ocean bottom. Given the colony’s biomass, the researchers say the size of this breeding area makes it an extremely important ecosystem within the sea. In Current Biology, they report that each individual nest measures some 2.5 feet in diameter and contains more than 1,500 eggs. About 20 inches long, icefishes flourish in near-freezing water temperatures. Though they have transparent blood lacking red cells and hemoglobin to carry oxygen through their bodies, the fish have evolved an ability to absorb oxygen directly from Antarctic waters through their skin. “The idea that such a huge breeding area of icefish in the Weddell Sea was previously undiscovered is totally fascinating,” says marine biologist and lead author Autun Purser.