Taking the Land to Heart

Led by Chad Brown, founder of the nonprofit Love is King, diverse groups of people explore the timeless magic of the Arctic National Wildlife Refuge—and share their impressions with the world 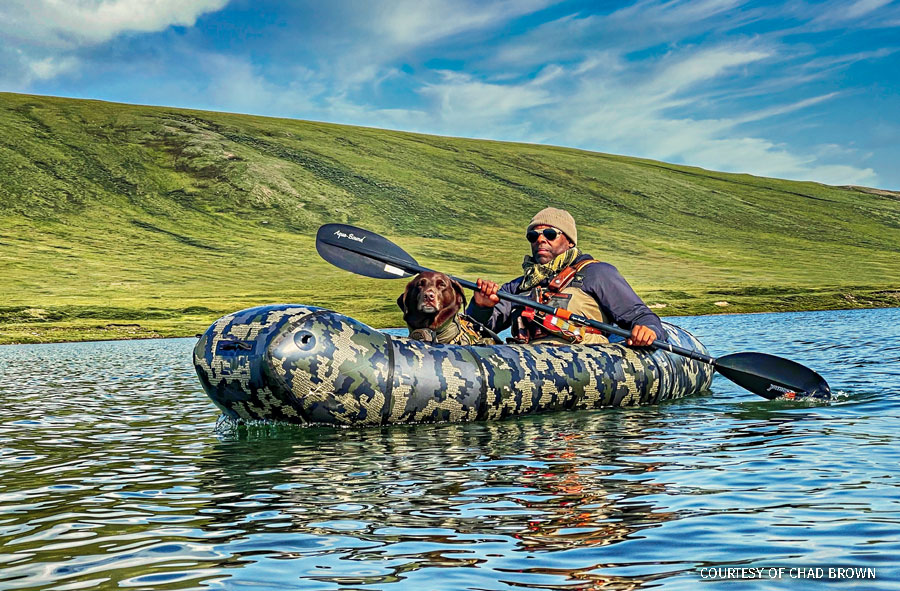 Organizer Chad Brown (with his service dog, Axe, above) hopes these encounters with the land, its wildlife and area Indigenous people will help participants (such as those below) “develop their voices as strong advocates for conservation.”

EVER SINCE 1909, when African American explorer Matthew Henson helped lead a historic trek toward the North Pole, Black faces have been rare inside the Arctic Circle. Chad Brown is out to change that. 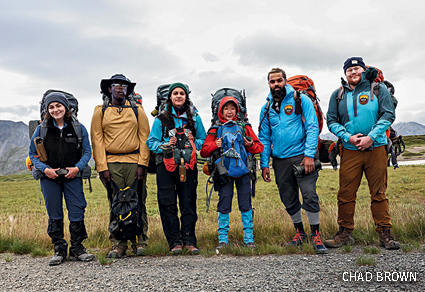 At more than 19 million acres, ANWR is the nation’s largest wildlife refuge, a beautiful, fragile ecosystem at the heart of concerns over oil exploration, climate change and the loss of traditional cultures. Apart from the region’s traditional Gwich’in people, it’s also a landscape where people of color are rarely seen, their voices seldom heard.

Environmental problems and social justice issues are often treated as two separate matters. The mission of Operation Roam is to break down those silos and tackle both issues, creating new leaders who can educate and advocate for both environmental and social justice based on common ground and shared experience.

The solace of nature

A Navy combat veteran who served in Kuwait and Somalia, Brown returned from war with post-traumatic stress disorder. He turned to fly fishing as a way of healing. Finding solace in nature, in 2010 he created the nonprofit Soul River Inc., which pairs veterans with underserved youth on wilderness training missions. Like laying out a perfect D cast with a fly rod, Brown says he wants to “radiate his own struggles outward, to benefit others.”

To further that mission, in 2020 Brown created LIK, partnering with the Alaska Wilderness League, Oregon-based Forest Park Conservancy and other environmental groups to build diversity, accessibility and representation in both the environmental movement and the backcountry. 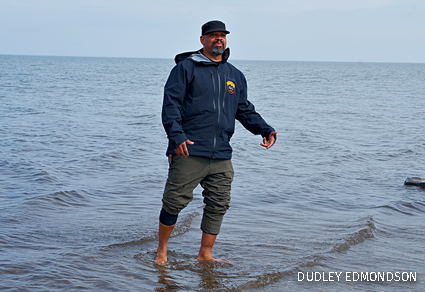 The first Operation Roam trips launched in July 2021. About eight people go on each weeklong trip, traversing a mixture of steep ranges and wide valleys, carrying their own food and gear to hike, fly fish and camp on summer tundra covered in wildflowers. So far, groups have included business owners, a photographer, a hip-hop artist and an Indigenous ecologist, among others. Whether experienced guides or Alaska newbies, all are BIPOC (Black, Indigenous and People of Color). An experienced Arctic guide, Brown relishes introducing new people to the region, especially to its epic caribou herds and, his favorite, the mysterious musk ox.

The first Operation Roam group met with Bernadette Demientieff, executive director of the Gwich’in Steering Committee, to talk about overlapping issues that press on the Gwich’in people native to Alaska and other BIPOC communities. “We are both fighting for respect, for our voice to be heard,” Brown says. “We’re saying, ‘I got you, I understand where you are coming from.’”

Portland, Oregon-based hip-hop artist Mic Crenshaw, who went on the first Operation Roam trip, says that for most BIPOC living in cities, the Arctic is a remote abstraction—yet he found that common connections were easy to feel. Melting sea ice and vanishing herds are hurting native Alaskans now, but climate change will attack the vulnerable everywhere. “I can see the parallels,” Crenshaw says. “What happens to them is going to happen to the rest of us.”

An educator as well as an accomplished hip-hop artist, Crenshaw tailored one of his works to Alaska. The resulting video, called “Earthbound,” shows Brown setting up a microphone in the tundra for Crenshaw’s performance. With mosquitoes circling, he rhymes on the ties between life in the Arctic and everywhere else: “... skins, scales, fins and feathers, fire and ice, changing weather, we’re all in this together, here we are now, earthbound.”

During one trip, a state trooper approached the group’s base camp (below) and gave them a caribou that had been illegally poached. They blessed the animal, cooked it (above) and enjoyed its meat for days, much as Indigenous peoples have done here for millennia.

“Access to the more than 600 million acres of public land is part of being American,” says Minnesota-based author and nature photographer Dudley Edmondson, who also joined the first Operation Roam expedition. “But in the back of our minds, people of color don’t take that for granted.” Edmondson notes that several U.S. national parks were once segregated, and as recently as 2020, two of his Black friends were shot at while fishing on a lake—just some of the reasons why people of color often don’t feel safe in nature. Yet Edmondson says encounters with wilderness can be deeply liberating for Black Americans since wilderness is a space without judgment. Visiting ANWR was “like plugging into a power source,” he says. “That’s the reason I am passionate about it and want more people of color to experience it.”

Being there together, sweating and swatting, working or resting around a campfire, forged a unique understanding, says Chie Togo, operations manager for Portland’s Forest Park Conservancy. Born in Japan, Togo felt something unfamiliar in ANWR. The scenery was “just amazing,” she says, “but there was a lot of cost to get there, and I’m not talking about money.” For a small Asian woman with a 50-pound backpack, the trip was “very hard physically and mentally. It’s not a vacation. I had to push myself to get through this and accomplish the mission.” Through those struggles, the group built a deep connection. “I don’t know if we had to go all the way to Alaska to get a safe environment where we weren’t judged,” Togo says, but “the wildness of nature really opened me up. It felt like a great place to express feelings.” 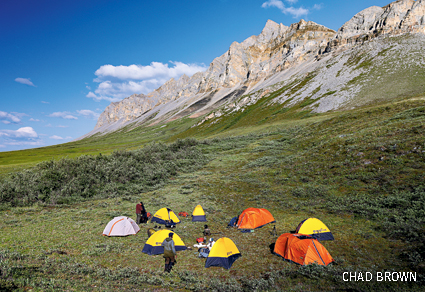 Brown agrees that connecting across barriers builds a kind of “empathic equity.” The value of such empathy became clear one day when an Alaska state trooper drove into camp and said that Brown “fit the description” of a poacher who’d killed a caribou in the area. Such encounters can be fraught for people of color anywhere. But Brown “leaned on his Navy card” and learned that he and the trooper knew a service member in common. Brown explained the mission of Operation Roam, with its mandate to open the Alaskan wilderness to new people and perspectives. Satisfied, the officer left.

Five hours later, he came back—with the confiscated caribou in his truck. He offered it to the group as a gift in support of their mission, saying that the wrong done by poaching could be transformed into a good—and a lesson in traditional Alaskan ways—if the group would use the meat.

Brown and fellow guide Matthew McLean of the Metepenagiag Mi’kmaq Nation began skinning and butchering the animal, an experience that Brown described as “shocking” to campers from the Lower 48—especially to the group’s two vegetarians. “One of the women started crying,” Brown recalls. “I said to her, ‘I know this is shocking, but there are Indigenous people living like this today. What we are going to do is pay respect to this animal with a prayer.’” With new understanding, he says, “everybody came together.” Brown built a traditional lateral fire, and for days, everybody—even the vegetarians—shared in meals of caribou meat. This was an unforgettable moment of new cross-cultural understanding. Mission accomplished.

Journalist and teacher Patrick Symmes is based in Portland, Oregon.