Red wolves once roamed across the modern southeastern United States, but by 1970 they had been all but wiped out. Treated as a nuisance, the species was hunted for decades until only a handful lived in the wilds of southern Texas and Louisiana. 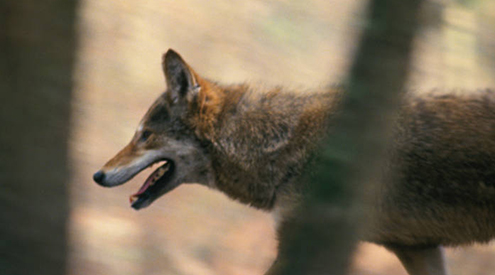 In 1973, the U.S. Fish & Wildlife Service launched an ambitious conservation program, capturing the remaining red wolves and breeding a new generation of the species. Once declared extinct in the wild, red wolves were successfully reintroduced in 1987.

Today there are roughly 100 animals roaming North Carolina, but their future is threatened. Their current habitat is only three feet above sea level, leaving them critically vulnerable to climate change. Human conflicts have also led to losses. In the past year, there has been a series of attacks on red wolves, with more than 10 percent of the species killed in 2013. The poaching shows no sign of stopping.

The National Wildlife Federation uses its full range of communications and educational tools to support outreach across the country to increase the visibility of the red wolf’s plight, and the continued need to support conservation for this critically endangered mammal.