Puget Sound is the second largest estuary in the United States. Its numerous glacier-carved channels and branches are fed by freshwater from 19 different river basins that flow down from the Olympic and Cascade Mountains to the wetlands, salt marshes, and bays of the sound. Puget Sound's climate, extensive shoreline, nutrient-rich waters, and diverse habitats sustain a variety of wildlife. It is also a place of tremendous natural beauty with its mountains, rugged coastline, and evergreen forests.

The Puget Sound region in Washington State is home to over four million people. The economy of the region is largely tied to the sound and its natural resources, such as lumber, shellfish, and recreation. Washington State is among the top shellfish-producing states in the nation, with its famous Dungeness crab and geoduck clams. Puget Sound includes some of the country's busiest ports, including Seattle, Tacoma, Anacortes, Everett, Port Angeles, and Olympia. In addition, hundreds of thousands of people come to the sound for its wildlife, natural beauty, and recreation opportunities, such as boating, kayaking, whale watching, and fishing.

Underwater plants provide food, breeding areas, nurseries, and resting places for wildlife in the sound. Twenty-six species of kelp provide habitat for young rockfish, sea otters, and birds, and also provide food for sea urchins and other species. Beds of seagrass, called eelgrass, are spawning grounds for herring, important corridors for migrating salmon, and a food source for waterfowl.

Climate change is melting glaciers and ice fields and heating ocean waters, causing them to expand. The result is rising sea levels. Over the last 2,000 years, sea levels did not change significantly. However, this past century has seen average global sea levels rise by more than eight inches, and since the early 1990s, the rate of sea level rise has been accelerating. As global temperatures continue to increase, further sea-level rise is inevitable."

There are several predicted impacts of sea level rise on Puget Sound. Some freshwater marshes—habitat for thousands of wintering waterfowl—will be inundated by saltwater. Beaches and tidal flats—important stopover and wintering habitat for migratory shorebirds and habitat for shellfish—will experience inundation and erosion. The loss of beaches and wetlands will make coastal communities more susceptible to storm surges. Changes in tidal wetlands could diminish the capacity of those habitats to support salmon, particularly young Chinook and chum salmon. Habitat changes could force wildlife into new areas or put threatened species under even more stress. Some species may be able to respond to sea level rise by finding other habitats or food sources, but others will not. The larger the changes and faster those changes occur, the harder it will be for most fish and wildlife species to adapt.

Although scientists are still studying how sea level rise will affect Puget Sound, we do know how important coastal habitats are to the regional ecology and economy. Sea level rise is likely to have a ripple effect that's felt by wildlife and people alike. These impacts will likely be exacerbated by dikes, seawalls, and other human-caused changes to the coastline that prevent beach replenishment and make it harder for coastal habitats to shift inland to adjust to sea level rise. 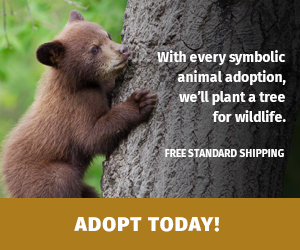