Wildlife hedges provide birds and other animals with food, cover and places to raise young 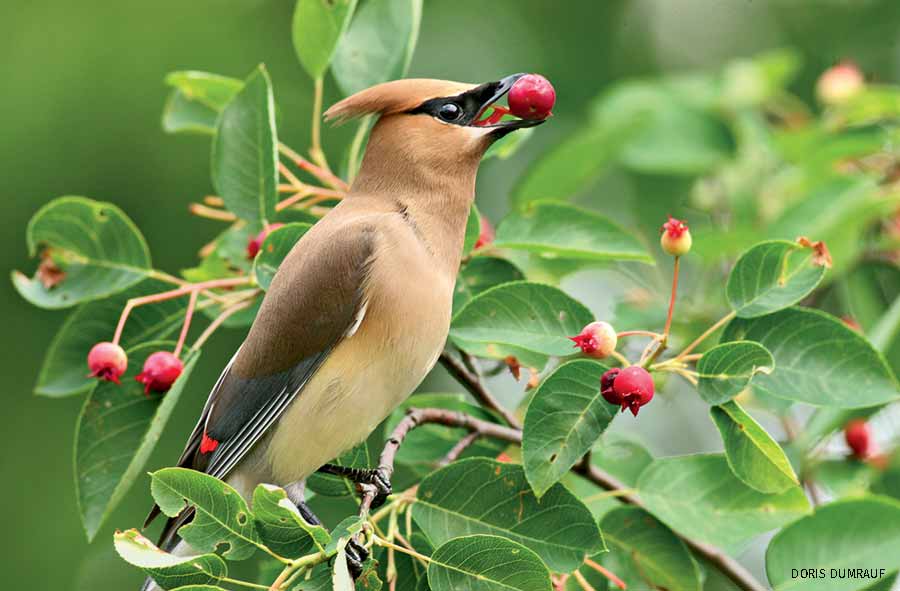 A cedar waxwing feeds on the fruit of serviceberry, a good native tree to include in a wildlife hedgerow that may also provide privacy and mute the sound of street noise.

FOR WILDLIFE GARDENERS, it may be time to say goodbye to the plastic and wooden fences that mark many property lines across the country. Though such fences may mute the sounds of street traffic, screen unsightly views and offer some privacy, you can accomplish those same goals—while providing food, cover and nesting places for birds, pollinators and other creatures—by planting a wildlife hedge.

Unlike formal hedges that must be clipped as meticulously as a poodle, the mixtures of native flowering and evergreen trees and shrubs that make up a wildlife hedge can follow their own growth habits. They are similar to classic hedgerows—long, narrow plantings of vegetation promoted in the 1930s to reduce soil erosion in the Plains states—but scaled down for urban and suburban settings.

To prepare for fall planting season, summer is a good time to plan your living fence. Here are a few pointers:

Put in flowering trees first. Good choices across much of the country are shorter, understory species such as native dogwoods and serviceberries. To form an interwoven green wall, select natural clump forms rather than standard, lollypop-shaped trees. If pressed for space, omit trees and plant more shrubs instead.

Include native evergreens, briars and brambles. Trees such as junipers and cedars provide cover for wildlife. In addition, native roses, raspberry, blackberry, salmonberry and thimbleberry not only offer fruits but form thorny thickets to deter cats and other predators.

Don’t forget nectar plants. From early spring penstemons to summer milkweeds and late-fall goldenrods, flowering native perennials provide nectar for bees and butterflies as well as leaves for caterpillars to munch on.

After planning and planting, a wildlife hedge requires little work. And while you look forward to the succession of flowers and fruits it will provide, you’ll also have the satisfaction of knowing you’re making life a little easier for creatures that use your yard, from year-round residents to famished songbirds and butterflies on the move during migration.

Janet Marinelli wrote about sowing the seeds of native plants during winter in the December–January 2018 issue.