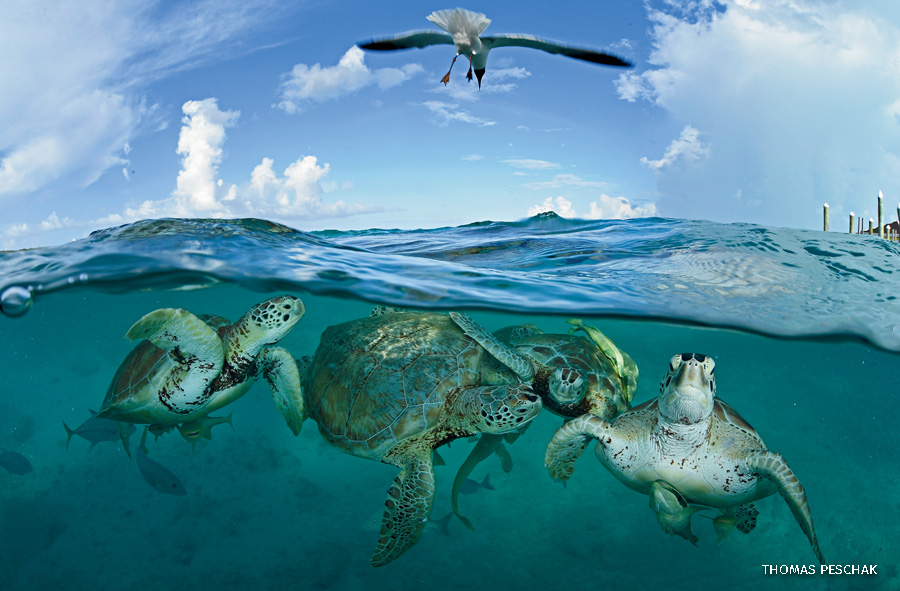 GREEN SEA TURTLES CLUSTER near a dock at Little Farmer’s Cay in the Bahamas, where they learned to congregate to eat discarded bits of conch as fishermen cleaned their catch. Conservation photographer Thomas Peschak spent days snorkeling at this spot hoping to capture a scene that would suggest how abundant these turtles were centuries ago, when some accounts described how “it seemed ships would run aground on them.” Now endangered, these animals are a popular tourist draw, worth more alive than dead to former turtle fishermen. 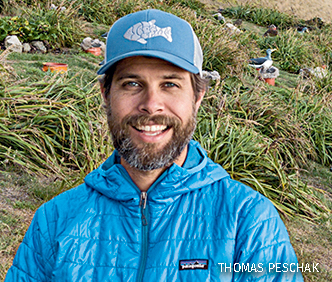 Trained as a marine biologist, Peschak turned to photography in 2004, realizing that images inspire conservation more effectively than scientific data. “Photographs are one of the most powerful weapons in the marine conservation arsenal,” he says. “It has become my life’s work to create images that inspire people to act.”

To that end, he travels the world documenting both the beauty and the trauma in today’s oceans. “I walk a fine line of creating images that both disturb and inspire,” he says. “My aim is to tell honest stories that encourage people to revel in the beauty of the ocean, but also to understand how we affect its health. It’s about nurturing a connection between the audience and the species.”