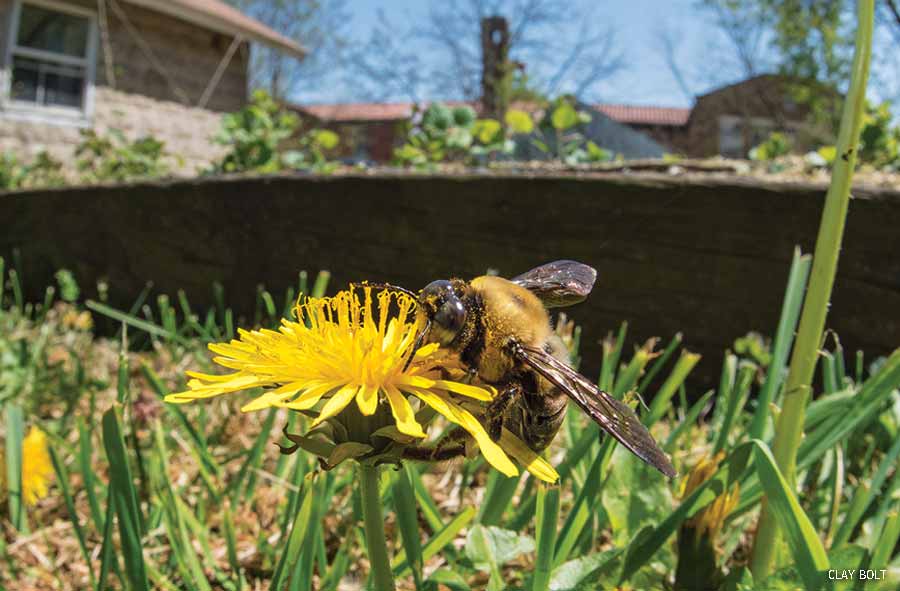 It turns out that lawns can provide surprisingly good habitat for native bees as long as they’re not mowed too often. U.S. Forest Service ecologists came to that conclusion after monitoring bee activity during the summer in a residential part of Springfield, Massachusetts. Writing in Biological Conservation, the scientists report that lawns mowed every two weeks hosted more bees than those mowed once a week, while grass cut every three weeks had a larger number of pollen and nectar sources such as clover and dandelions (above, with eastern carpenter bee) and attracted a greater diversity of bee species. Among the 16 properties the researchers studied, they identified 111 species of the insects—about 25 percent of the state’s recorded bee species. With cultivated grass blanketing an estimated 40 million acres of private yards, athletic fields and golf courses nationwide, the scientists note that changes in lawn-care management could have a significant positive impact on U.S. bee populations. “We can all contribute to improving bee habitat in our own backyards,” says Susannah Lerman, the study’s lead author. 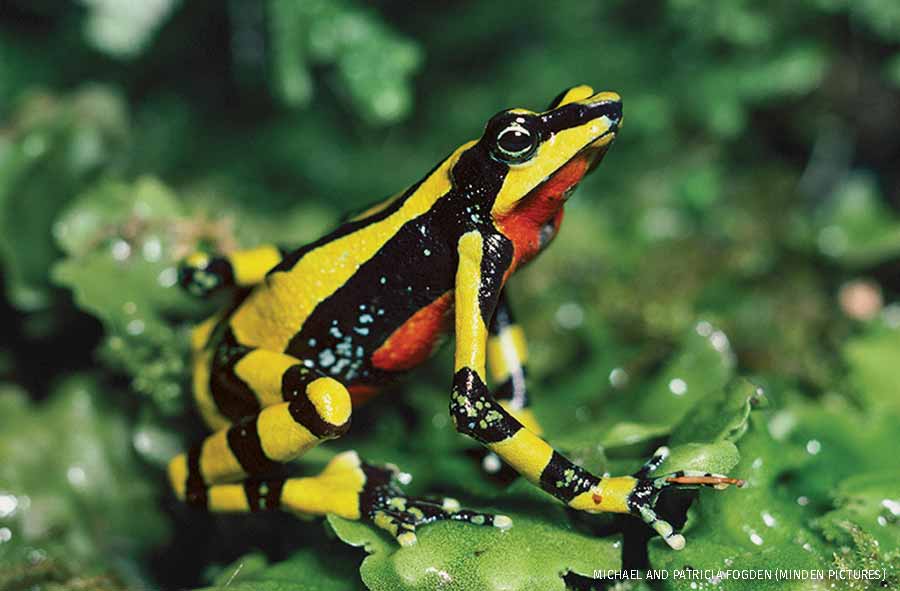 For decades, a deadly fungal disease, chytridiomycosis, has been ravaging populations of frogs and other amphibians across much of the planet. Attacking the animals’ sensitive skin, the fungus goes on to disrupt their immune systems. It has been especially devastating to frogs in Central America, where scientists from the University of Nevada–Reno now have found cause for hope. “We discovered that a handful of amphibian species, some of which were thought to be completely wiped out, are persisting after suffering lethal disease outbreaks,” says ecologist Jamie Voyles. Based on extensive field studies in Panama, Voyles and her colleagues report in Science that nine species, including the variable harlequin frog (above), are showing signs of recovery.

Though their research also found evidence that the pathogen remains as deadly as it was a decade ago when the project began—still posing a severe threat to hundreds of amphibian species worldwide—the scientists speculate that certain frog species may have developed stronger defenses. “This study suggests that some of Panama’s frogs may be fighting back,” observes Voyles. 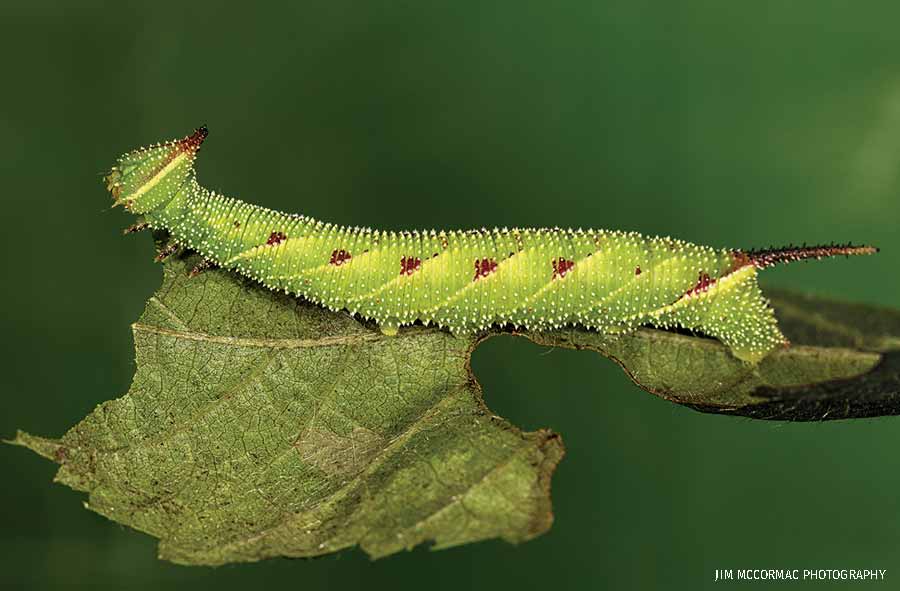 North American walnut sphinx moth caterpillars (above) have a unique way to defend themselves: They produce whistles that resemble bird alarm calls, deterring feathered predators from eating them. “This is the first instance of deceptive alarm calling between an insect and a bird, and it’s a novel defense form for an insect,” reported University of Washington ecologist Jessica Lindsay at last year’s International Symposium on Acoustic Communication by Animals.

Previous research had shown that the 2-inch-long larvae produce whistles by compressing their bodies like accordions and forcing air out holes in the sides. These whistles are surprisingly loud, some measuring more than 80 decibels—similar to the level produced by a food blender. While a variety of animals use generic sounds to deceive predators, Lindsay found the caterpillars mimic specific alarm calls of several species that threaten them. In controlled field experiments using bird feeders to attract avian predators, she observed that recordings of the insects’ whistles repeatedly sent potential attackers scrambling.