A plan to keep Asian carp out of the Great Lakes may save a way of life—and an entire ecosystem. 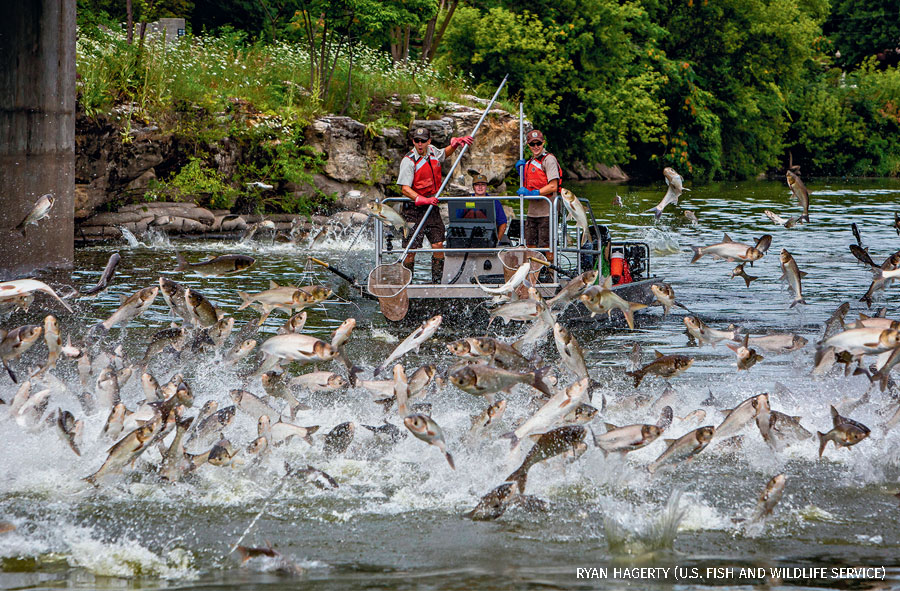 WHEN THE NEWS BROKE in May, I was thrilled—and hopeful. The U.S. Army Corps of Engineers approved a plan designed to keep invasive Asian carp out of Lake Michigan by rebuilding the Brandon Road Lock and Dam south of Chicago. This may sound dry and technical to anyone unfamiliar with Asian carp’s relentless advance toward the Great Lakes. But for folks like me who grew up fishing on these beautiful lakes and their tributaries, the news represents the best hope of saving the Great Lakes ecosystem—and its $7-billion-a-year fishing economy.

Imported to the southern United States in the 1960s and 1970s to clean sewage and retention ponds at aquaculture farms, Asian carp escaped into nearby waterways during flooding events and have made their way north through the Mississippi, Ohio and Missouri River systems. Four species now plague U.S. waters, and each wreaks its own form of havoc.

Some Asian carp can top 100 pounds and consume up to 40 percent of their body weight a day, starving out other species. Bighead and silver carp are voracious filter feeders, devouring plankton that forms the base of the aquatic food chain. Silver carp are also notorious for leaping out of the water when disturbed by noises such as boat motors, creating a safety risk for boaters and anglers. Grass carp devastate wetland ecosystems that provide habitat for waterfowl, and black carp eat snails and other mollusks, threatening endangered freshwater mussels in river systems. 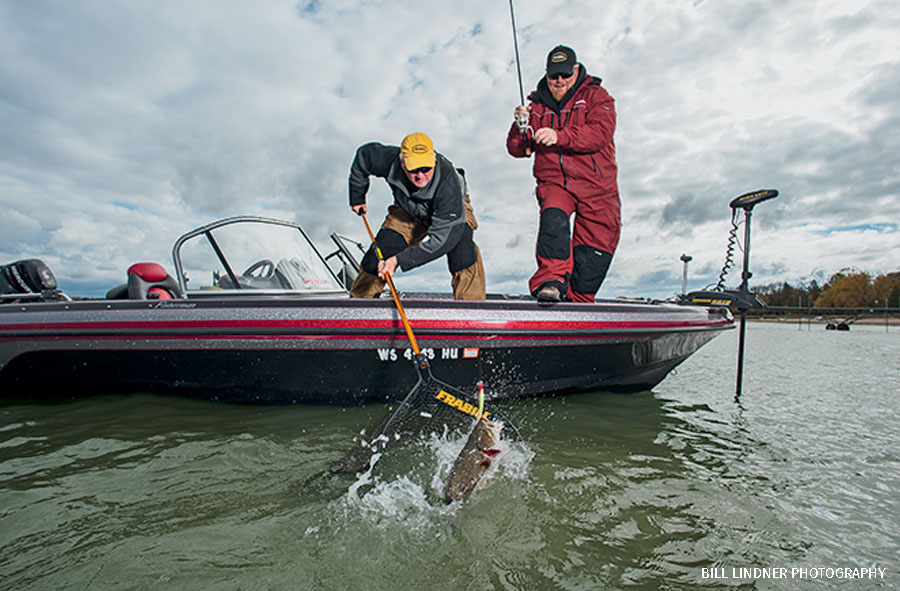 If invasive Asian carp enter the lakes, they’ll devour the plankton that bloaters (below) and other native forage fish need to sustain the area’s lucrative fisheries for species such as brook trout and smallmouth bass (above). 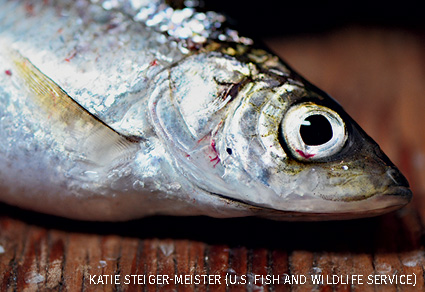 That’s worrisome because, once established, Asian carp can make up as much as 90 percent of the entire biomass of fish in waters they’ve invaded by outcompeting native species for food, as is the case in a stretch of Mississippi’s Yazoo River. And in Kentucky Lake, which spans parts of Kentucky and Tennessee, bighead and silver carp now imperil a trophy bass fishery. “Two or three years ago, I saw my first carp jump here,” says angler Bill Cooksey. “Now they’re everywhere. They’re eating all the plankton that our bait and game fish rely on and wiping them out.”

In 2017, the U.S. Geological Survey concluded that if Asian carp reached Lake Michigan, they would have plenty of food to sustain the spread of these fast-breeding fish all along the shoreline and into connected bays, inland rivers and lakes. Carp could move from Lake Michigan through the Pine River Channel into Lake Charlevoix and then the Jordan River, a productive spawning ground for Chinook and coho salmon, steelhead and brown and brook trout. “The scariest part is what they could do in these river systems,” says Heather Hettinger, a fisheries biologist with the Michigan Department of Natural Resources. 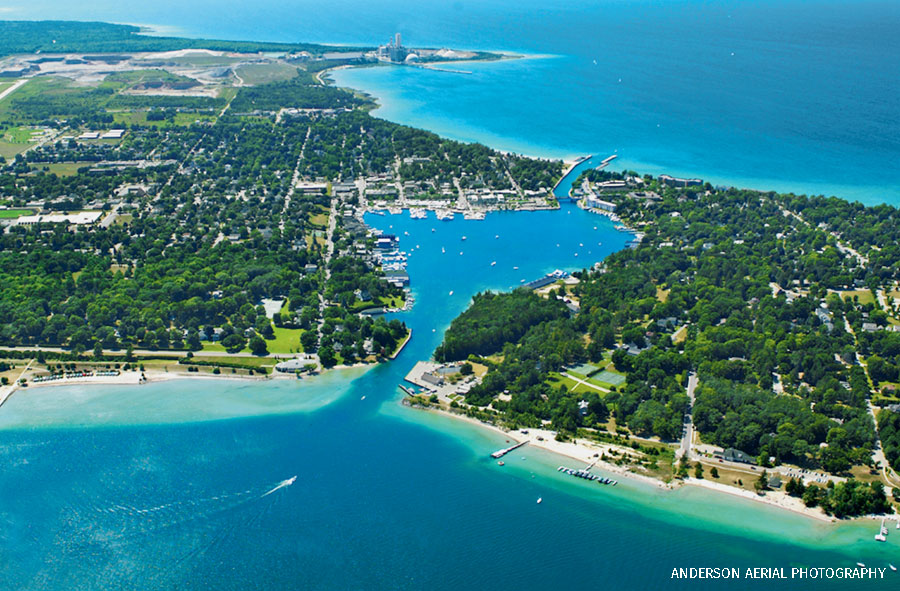 Lake Michigan feeds into Round Lake through the Pine River Channel and into Lake Charlevoix, a world-class sportfishing spot.

To prevent the catastrophic spread of Asian carp in the Great Lakes, the National Wildlife Federation and its regional affiliates have been supporting the Corps of Engineers’ plan to rebuild the Brandon Road Lock and Dam near Joliet, Illinois, a choke point between the Illinois River and the Chicago Area Waterway System, which has multiple artificial connections to Lake Michigan. The plan proposes an engineered channel comprising a gauntlet of fish-deterrent technologies, including an electric barrier, a bubble barrier, a sound barrier and a flushing lock. “This plan is the best opportunity we have to keep Asian carp out of the Great Lakes and their connected inland waters,” says Marc Smith, director of conservation partnerships for NWF’s Great Lakes Regional Center.

Congress now needs to approve the $778-million plan, a price that pales compared with the region’s sportfishing and tourism economy and its priceless aquatic biodiversity. “After years of study and delay,” Smith adds, “Congress now must move swiftly to fund this plan.”

If they do, I have reason to hope that my infant son, Noah, will one day be kayaking beside me, casting a line for native fish in healthy home waters.