Attracting wildlife is safe as long as you give animals space. 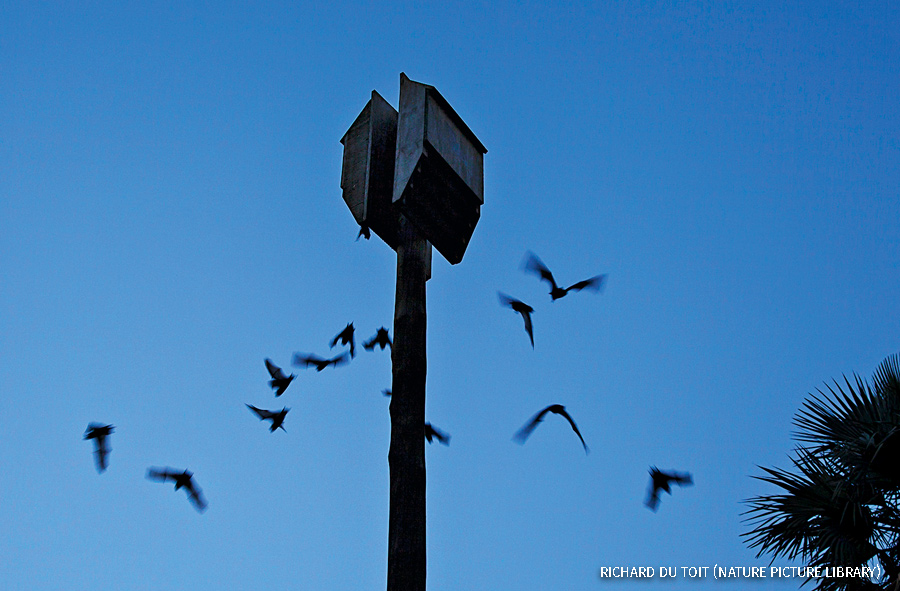 A bat house (above) lures the mammals in to roost at night in South Africa. In Vermont, a little brown bat (below) clings to a tree.

IN THE MIDST OF A PANDEMIC caused by a pathogen that most scientists believe once lived in wild animals, some gardeners and other wildlife enthusiasts have questioned whether it’s wise to continue inviting nonhuman animals into their yards. Experts, however, say there is very little risk—as long as you follow a few precautions. “To catch a disease requires some kind of interaction,” says National Wildlife Federation Naturalist David Mizejewski. “Never touch, pick up, handle or engage with any wild animal.”

Mizejewski says it’s especially important now to keep all wildlife wild. For starters, never put out food for mammals such as foxes or raccoons. And either feed your pets indoors or bring leftovers inside as soon as possible. 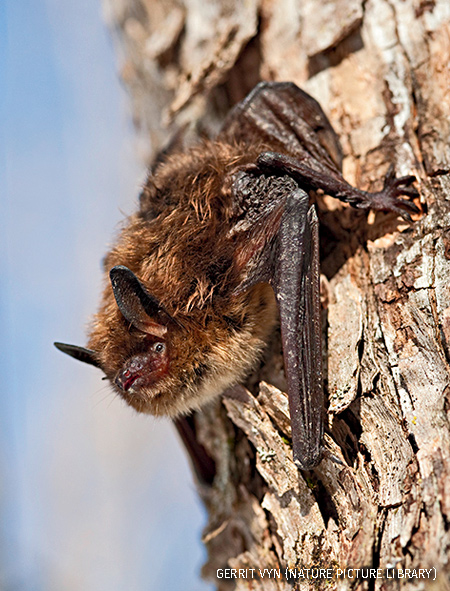 “It’s okay to put out bird feeders,” he adds, but it’s better to focus on growing native plants that provide natural foods—insects for songbirds to feed their young, for example, and berries to fuel migration. (These plants also offer nectar for bees, butterflies and other pollinators.) If you do put out feeders, try to bring them in at night and minimize spillage on the ground.

Michael Mengak, a University of Georgia professor specializing in human-wildlife interactions, says to make certain your trash can has a tight-fitting lid or keep it in the garage. “Follow guidelines for composting,” he adds. “Never put meat, cheese or bones in your compost pile.” And critter-proof your house so nothing moves in with you. “Make sure your house is good and tight,” he says. “Trim overhanging branches and take down vines growing on the side of the house to eliminate a pathway to the roof.” Mengak also says installing a chimney cap is an inexpensive and effective way to keep bats outside.

As the most likely original host for today’s deadly coronavirus, bats especially concern people these days. But Winifred Frick, chief scientist for Bat Conservation International, says no one needs to worry about catching COVID-19 from these mammals. “It is still a scientific mystery how the virus got into human populations,” she says, “but we do know it is a human disease now.” If you want to put up a bat house, Frick says it is perfectly safe. And bats consume an extraordinary number of the mosquitoes that transmit other dangerous viruses such as Zika and West Nile.

In the end, improving wildlife habitat in yards and gardens may actually help prevent zoonotic diseases such as COVID-19. “Spillover is more likely to happen when ecosystems have been degraded,” says Frick. “Protecting natural habitat is part of the solution.”

Doreen Cubie is a frequent contributor.

In Harm's Way »
Keeping Backyard Birds Safe »
Blog: What To Do If You Find Baby Wildlife »