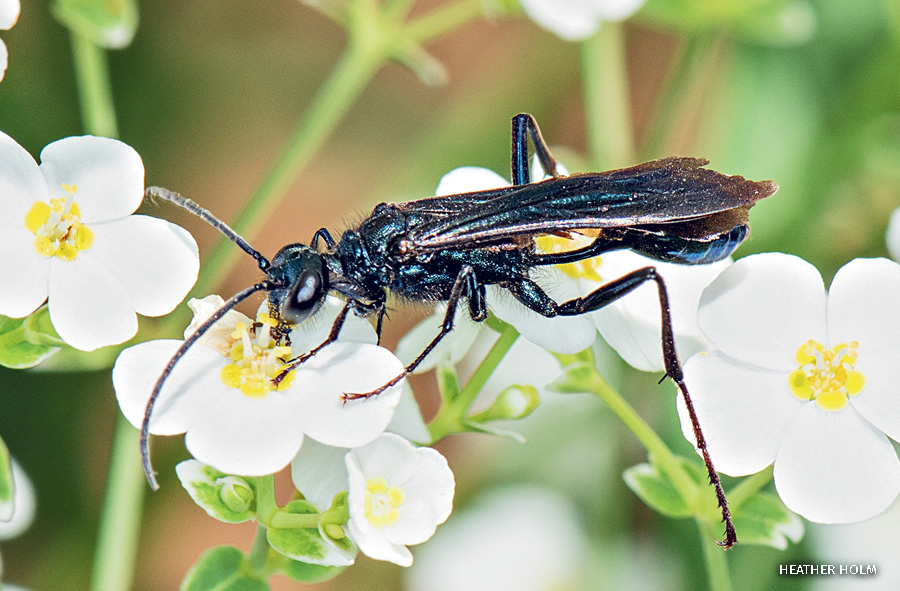 Blue mud wasps (above, on flowering spurge) are among wasp species beneficial to gardeners.

POSTER ANIMALS FOR THE PLIGHT of declining pollinators, bees are much beloved by the public. Their close cousins, the wasps, however, elicit opposite feelings. Both feared and loathed, they’re more likely to be swatted or sprayed with poison than nurtured in a wildlife garden with “wasp-friendly” plants.

Yet scientists who study wasps say it’s past time the insects got an image makeover. “Despite their poor public image, wasps are incredibly important for the world’s economy and ecosystems,” writes University College London biologist and wasp champion Seirian Sumner in The Conversation. “Without them, the planet would be pest-ridden to biblical proportions, with much-reduced biodiversity.”

Wasps are disliked, she says, because a handful of species sting and “due to widespread ignorance about the role they play in ecosystems. We tolerate bees, including their stings, because they pollinate, and the public understands that.”

Wasps also are pollinators and do so much more, she says. In a paper published in 2021 in Biological Reviews, Sumner and her colleagues synthesized evidence from more than 500 scientific studies showing the many ways wasps provide ecosystem services, from pollination and pest control to seed dispersal and—when some species feed on animal carcasses—decomposition and nutrient cycling. This May, she took the insects’ case to the public with a new book, Endless Forms: The Secret World of Wasps, published by Harper Collins. 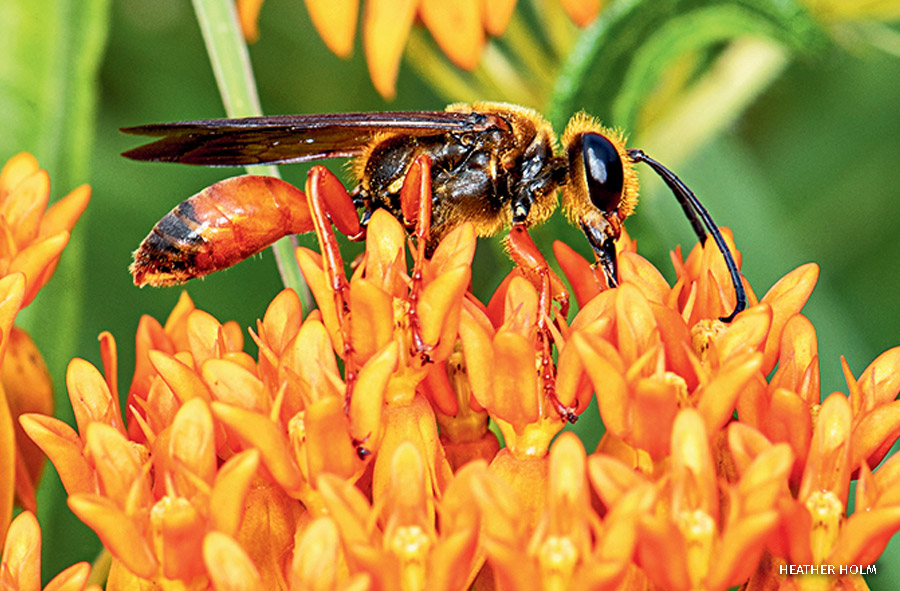 A great golden digger wasp feeds on butterfly weed. Scientists say wasps visit more than 960 plant species, 164 of which depend on them for pollination.

Sumner says that wasps’ most important role is regulating populations of insects and other arthropods such as mites and spiders. Because all wasp larvae are carnivorous, their parents must either hunt (as do about 30,000 of the world’s more than 100,000 known wasp species) or lay their eggs on or in the body of another insect so larvae can consume the host after hatching (about 80,000 species).

Whether predatory or parasitic, wasps target a wide range of insects, including many crop-devouring pests such as aphids, white flies, cabbage loopers and brown marmorated stink bugs. “They are nature’s pest controllers,” says Sumner.

Pest reduction is also a boon to wildlife gardeners as is the pollination wasps provide. In their review, Sumner and her colleagues present evidence of wasps visiting more than 960 plant species, including 164 that depend completely on them.

Best known of these are figs—key to the survival of more than 1,000 tropical bird and mammal species—and orchids. More than 100 orchid species rely on wasps as pollinators. Some have evolved flowers that mimic the backsides of female wasps in order to lure in the males. 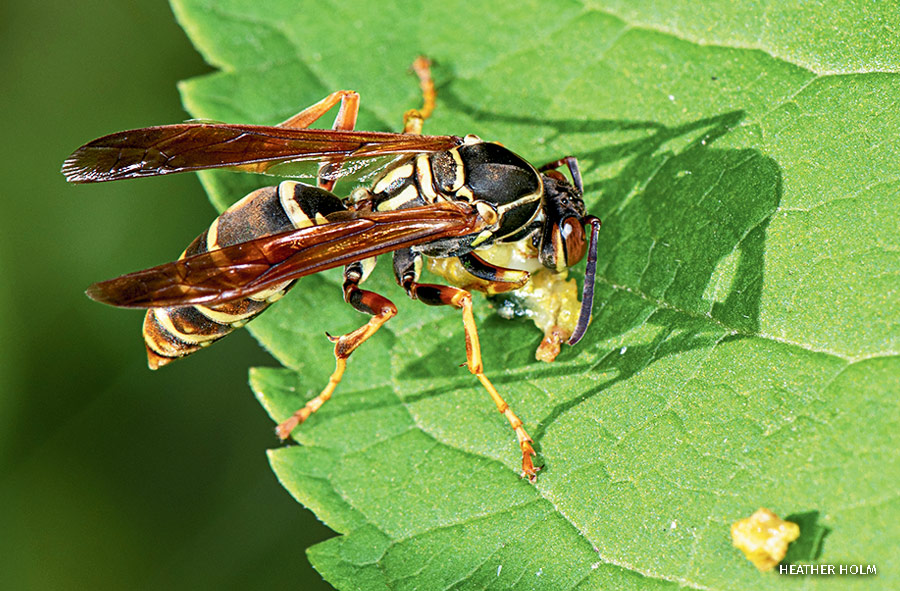 A northern paper wasp nabs prey to feed larvae in its communal nest. Wasps prey on or parasitize many agricultural pests.

To invite wasps to your garden, “grow a diversity of native flowering plants,” recommends biologist Heather Holm. “Wasps have a split personality,” she explains. “They’re carnivorous as larvae, but adults switch to the carbohydrates found in nectar, sap and fruit.” In her 2021 book Wasps: Their Biology, Diversity, and Role as Beneficial Insects and Pollinators of Native Plants, Holm provides regional native plant lists for wasps of the eastern United States. Their favorite plants include goldenrod, mountain mint and buttonbush.

Holm stresses that only 1.5 percent of wasp species are likely to sting people if provoked. All of them are social species such as paper wasps, hornets and yellow jackets that defend communal nests. Most wasps are solitary.

To prevent unwanted wasp encounters, she suggests surveying your yard in spring when colonies are small. Intervene—by closing a hole ground-nesting yellow jackets are starting to use, for example—only if a nest is in an area you cannot avoid.

“Unless a nest is near a door, walkway, deck or child’s play area, leave the insects in peace and let them do their jobs,” agrees National Wildlife Federation Naturalist David Mizejewski. “It’s literally about staying out of their way,” he adds. “The best way to ensure getting stung by a wasp is to swat at it. These animals don’t want to sting you. If you leave them alone, they won’t. It’s pretty simple.”